Avatar: Frontiers Of Pandora Takes Us Back To The Cinematic Universe

James Cameron’s Avatar hit theaters way back in 2009, featuring some groundbreaking special effects and 3D tech, and became one of the highest-grossing movies of all time. And while it was certainly lesser known, Ubisoft partnered with the franchise to release an accompanying game that same year. Despite the long time that has passed since that original partnership, it appears that the two teams continue to be working with each other, as today brought the announcement of Avatar: Frontiers of Pandora.

The new game is a first-person action-adventure in which players take on the role of a Na’vi as they journey across a place in Pandora called the Western Frontier. There, you interact with a wide variety of creatures from the strange alien planet, as well as fight back against the human RDA forces that threaten to despoil the pristine wilderness. 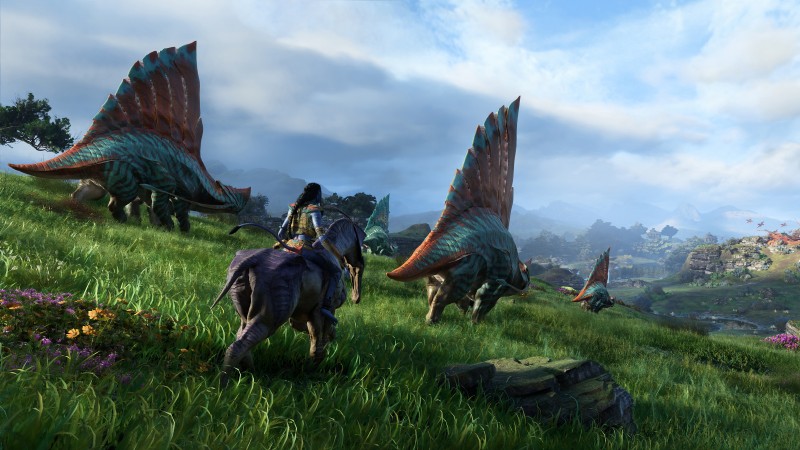 In a first-look trailer, which you can watch above, we see the blue-skinned Na’vi interacting with the varied creatures of their world, but the humans and their RDA war machines eventually show up to ruin the fun. This leads to an extensive midair battle, in which the Na’vi fly their dragon-like Mountain Banshees to try and win the day.

Avatar Frontiers of Pandora is scheduled for release in 2022, and is targeting PlayStation 5, Xbox Series X/S, PC, Stadia, and Luna.