Battlefield 6 Watch Along With Game Informer 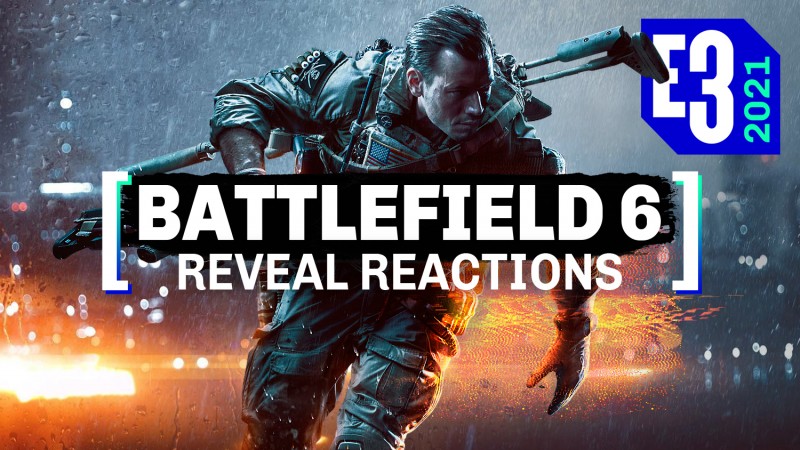 The Battlefield series holds a special place in the hearts of first-person shooter fans, and for good reason. Whether it’s developer DICE pioneering jaw-dropping levels of destruction or expanding multiplayer lobbies into the hundreds, the seminal series remains FPS royalty. But while the last few years have presented turbulent waters, fans are hoping the storms will start to settle starting today. To kick off the E3 2021 fun, EA is looking to turn the tides by taking the digital stage to reveal the next step in the Battlefield series.

We, unfortunately, don’t know a ton about what we’re going to see today. With the first substantive look at the game, though, we’re hoping that means a look at next-gen gameplay, but only time will tell. While you can’t bet on what we’ll see today, you can count on Game Informer to be there to watch along with you. The Alexes (Van Aken and Stadnik) are taking over for E3 2021 and we’ll be right along with you to bring the hype, give you our spiciest takes possible, and react live to all the big news from the day. We’ll be going live at 8:45 A.M. CT for a little preshow action to discuss DICE’s iconic series and our hopes for what Battlefield 6 will bring.

Our Battlefield stream is just the first of the E3 season. We’ll be going live on Twitch and watching all the biggest streams of the week, including the Summer Game Fest, Microsoft/Bethesda’s conference, and more. Be sure to check out our E3 2021 hub on the site to stay up-to-date with all the earth-shattering moments from the video game industry’s biggest week of the year!

Excited to finally see more from the next entry in the Battlefield series? Be sure to sound off in the comment section below to let us know (respectfully) what you want to see from the day’s stream!

2021-06-09
Previous Post: What Is Apple iCloud+?
Next Post: Evil Dead Game Gameplay Will Be Revealed This Week