Everything We Know About Redfall, The Vampire Co-Op Game Revealed During Xbox E3 2021 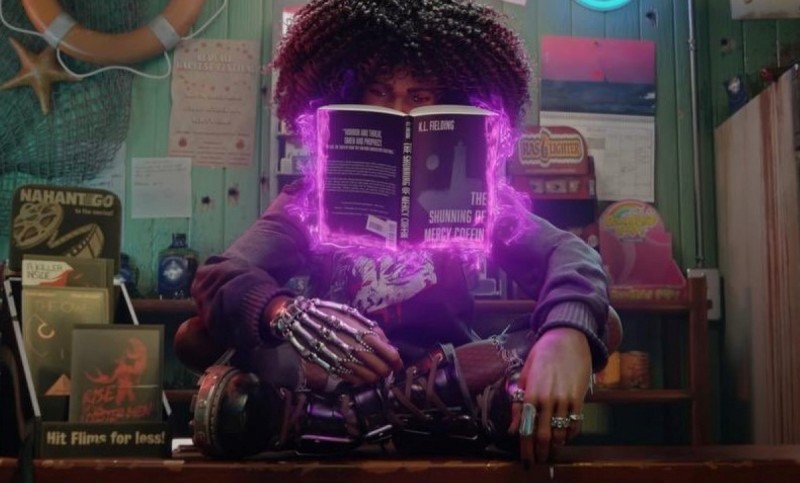 Let’s be real, Xbox-Bethesda absolutely slayed its shared E3 2021 showcase. From Starfield to an incredible look at Halo: Infinite and a plethora of other titles, Microsoft wasn’t playing around this year when it came to bringing the heat (something that was very much needed because overall, this year’s show had quite a few pitfalls). Among the titles showcased was a brand new IP from Arkane Austin, the studio that gave us 2017’s Prey. This time, we’re not going to space; we’re going to vamp town. For those curious, here’s everything we know about Redfall.

From the co-op structure to the dark and explosive nature, many likened Redfall to Valve’s Left 4 Dead. But there’s so much more we don’t know. Luckily, we know more now than we did at the time of the reveal, thanks to Bethesda.

Redfall can be played solo or with a team of four friends, all with the task of going up against hordes of dangerous vampires looking to go in for the kill. Redfall is a tiny little island town that is pretty boring. That is until vampires decided to make it an all-you-can-eat buffet. Luckily, we’ve got some badass characters to help make sure that if we do all go down, at least we can go down on our terms (unlike Batman in the DC comics-verse, apparently, and not in that way).

According to Bethesda, players will be able to choose their path when taking the fight to the vamps while having a few unique characters to choose from. Each playable character has their own special abilities and gear they like to bring to battle, and more customizable weapons can be found the more you explore the island. “Do whatever it takes to build the perfect vampire slayers,” tasks the studio. We say, “Challenge accepted.”

Once the very picture of Smalltown, USA, the island town of Redfall used to be known for its quaint streets, breezy boardwalks, and charming neighborhoods. Then the vampires moved in and ruined everything. First, they eclipsed the sun. Then they started turning all the island’s inhabitants into either minions for their army… or food.

There are four heroes to choose from. Whether more will be added post-launch remains to be seen, but here’s what we’ve got so far:

All about science, baby

Oh, you thought these were your average vamps that Buffy herself would be familiar with? Nah, son, that’s not how Arkane rolls. These vamps were a scientific experiment gone horribly wrong, and then evolution decided to step up to the plate to say, “You know what? They’re not scary enough; let’s make it worse and throw in some psychic powers and psychological warfare into the mix.”

There are numerous types of vamps that players will encounter: scientific, psychological, magical – you name it. Oh, and there’s a cult too. Because naturally.

“Every game we make is a little different for the last,” says Co-Creative Director Ricardo Bare. “Dishonored featured stealth. Prey leveraged tons of physics-related gameplay. Mooncrash introduced rogue-like elements. Despite those differences, in every case, our focus remains on deep world-building and inventive game mechanics. The same will be true of Redfall.”

Redfall makes its grand debut sometime in the Summer of 2022 and will be available on Xbox Game Pass on day-one. To learn more on other big reveals from this year’s E3, check out our dedicated events hub here to play catch up!

2021-06-17
Previous Post: The 10 Best Original Movies on Amazon Prime Video
Next Post: How to Check the .NET Framework Version on Windows 10