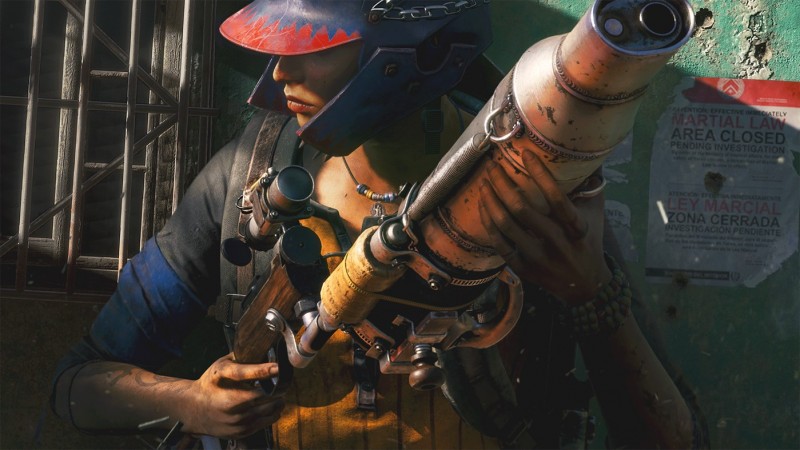 In our most recent look at Far Cry 6, Ubisoft showed a few instances where it looked like the player could shift from first-person to third-person regarding perspective. Some fans wondered if that was an actual gameplay feature or something specific to just cutscenes. Luckily, Ubisoft has confirmed that a third-person mode won’t be limited to just a small portion of the game because the team wants to be able to fully explore the Dani experience without limitations.

In a recent interview with GameSpot, narrative director Navid Khavari told the site that there were a few different reasons that factored into the decision to offer a third-person option. Among the chief reasons was that the team wanted players to be able to experience Dani as fully as possible. “In cinematics, [third-person] is something the team tried early on, and it felt surprisingly seamless,” Khavari told the site. “It instantly felt like there was more of a connection to Dani’s journey in the world, more of a connection to this epic story in Yara.”

He added that this decision will also allow for players to fully enjoy their character customizations, immersing fans even further into this rebellious narrative. Players will be able to swap to third-person in guerilla camps and during certain combat situations, all with the idea in mind that this could highlight Dani in a much better way. This perspective change can also be seen when players use a Supremo backpack, as well. “In the Supremo backpack moments during gameplay, the third-person transition is intended so players can see all of the backpack’s effects, and better feel its impact in action,” he said.

This decision, according to the narrative direction, will allow players to connect with the character, even more, seeing them within the world of Yara versus just through their eyes.

Interested in learning even more about Far Cry 6? Check out our previous coverage here, as well as more on the game’s features with our Far Cry 6 game hub.

What are your thoughts on Far Cry 6 so far? Do you wish that a third-person mode would be a standard option for the entire game, or do you prefer first-person? Sound off with your thoughts in the comment section below.