Following the arrival of Marvel’s Galactus to the Apollo island, the Zero Point was exposed and damaged, which altered the island in multiple ways. Agent Jones’ attempt to fix it summoned hunters across various realities (including Din Djarin from The Mandalorian) to the island. The Galactus threat may have been stopped by the Avengers, but the Zero Point is becoming less stable with each passing day, and now, Fortnite’s Zero Crisis Finale is ready to begin in Chapter 2 – Season 6 next week.

To kick off Season 6, you play through a single-player conclusion of Agent Jones’ mission in the Zero Crisis Finale. While we don’t know much about what Season 6 has in store for us, Epic Games says it will have more details about the global premiere of the event, showcasing the most ambitious story cinematic in Fortnite to date. Epic Games also says the events of this event will shape reality as we know it, so expect fireworks. 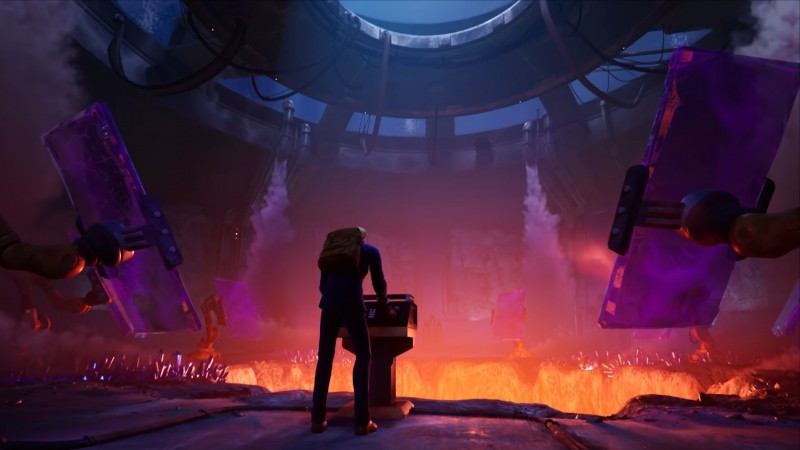 With Season 6 right around the corner, Epic is reminding everyone to wrap up their Season 5 Battle Pass quests, including Beskar Quests to complete Mando’s Beskar armor and unlock The Child Back Bling. Additionally, Epic Games has discounted Exotic Weapons to their lowest prices ever to let you cash in your Bars before the reset at the end of the Season.

Fortnite Chapter 2 – Season 6 kicks off on March 16. Whether you’re talking the heroes and villains of Marvel, the combatants of Street Fighter, or the console mascots Kratos and Master Chief, Chapter 2 has already seen a huge collection of crossover characters. Which characters would you like to see make an appearance in the sixth season of Fortnite Chapter 2?