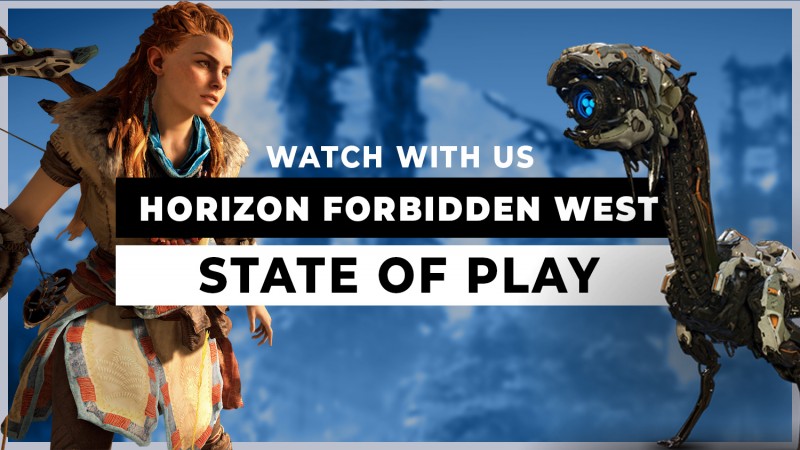 Though physical units may be sparse, the PlayStation 5 has had no shortage of amazing experiences since its launch late last year. From the icons such as Marvel’s Spider-Man: Miles Morales to the surprising and enthralling Returnal, there has been plenty for fans of Sony’s hardware to geek out about over the last year, and Guerilla Games hopes to continue that hype train.

Horizon Forbidden West, the sequel to the 2017 sci-fi marvel, has been on the minds of gamers ever since its first reveal in June of last year, and for good reason. The return to Aloy’s story means one of futuristic spectacle, filled with memorable metal dinos and an engrossing open-world begging to be explored. The wait to know more has been arduous, but the Horizon-faithful are about to have their patience paid off.

Sony is unveiling a new State of Play today, and Aloy and company are the main event. Guerilla Games will be rolling out a whole 14 minutes of newly revealed footage and we at Game Informer are going to be along for the ride with you! Join Kim Wallace, Ben Reeves, and Alex Stadnik as we react live to all the new gameplay, big news, and more live on Twitch! The show starts at 4 p.m. CT but we’ll be going live 10 minutes early for a little preshow action to discuss why we’re excited about the upcoming PlayStation exclusive.

For those not in the know, we moved all of our livestreams over to Twitch to facilitate a better viewing experience for our community. If you’d like to know more, be sure to check out this handy article for more details!

Want to know more about Guerilla’s hotly anticipated new game? Be sure to check out why we included Horizon Forbidden West in the list of our most anticipated action games, our article detailing today’s State of Play, and the original announcement trailer from last year’s PS5 showcase.