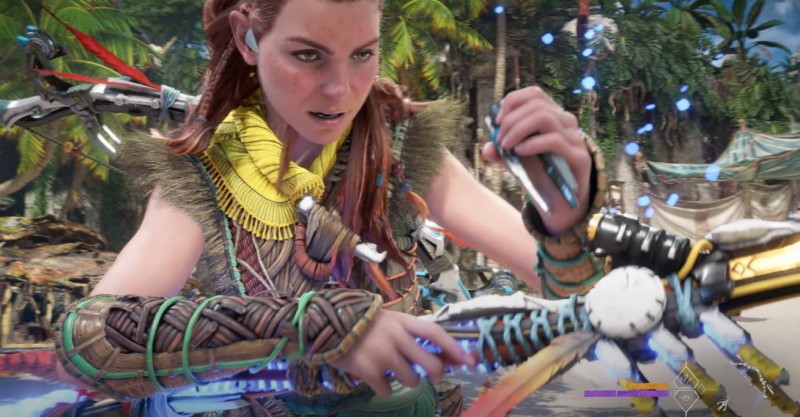 Last week, we finally saw a good chunk of gameplay for Horizon Forbidden West, which showcased plenty of new powers for Aloy. She can blind foes with smoke bombs, slow and stall machines with adhesive grenades, and shoot off and acquire enemy weapons to turn their own firepower on them. We also saw the addition of Valor Surges to her arsenal and were immediately intrigued.

Valor Surges grant Aloy unique and powerful abilities, such as the ability to knock back enemies, as the State of Play demo showcased. In our recent video interview with members of Guerrilla Games, we couldn’t resist asking them more about this new feature and what it will add to combat. Turns out, more than we thought, as you can unlock different ones on the skill tree and they’re tied to the playstyle you invest in there.

“Valor Surges are a new addition and the way you acquire them is via the skill tree, which also has been completely redesigned and repopulated with new skills,” explains game director Mathijs de Jonge. “The skill tree is designed to support many different play styles, and each play style has Valor Surges that you can unlock by spending skill points on them. The player can choose which Valor Surge is active at any moment.” 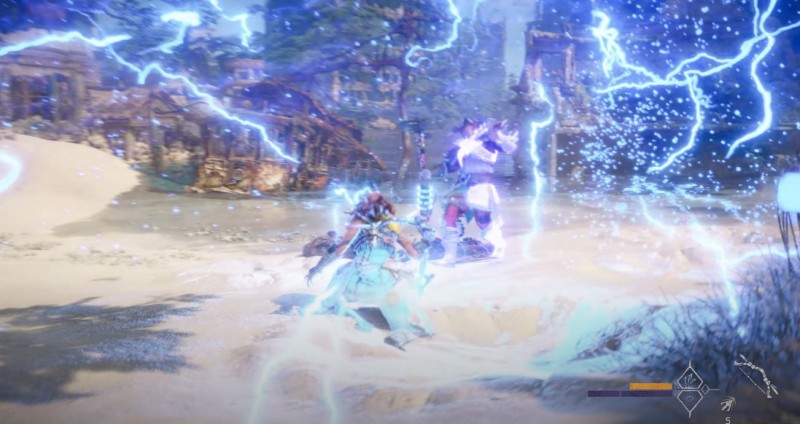 While de Jonge said they’ll share more about the revamped skill tree at a later date, he did tell us how to activate the Valor Surges – by filling their own energy bar. “The way you build up that Valor Surge bar is by playing tactically. Because in Horizon, if you play tactically, you are rewarded with tactical combat XP; it’s its own point system. So every time you do a headshot on a human, or if you remove a component from a machine, we count [that] as tactical play, and you get a little bit of combat XP and that goes into the Valor Surge bar. So by playing tactically, you are rewarded by being able to execute these powerful moves. [These are] big payoff moments that you can use to your advantage, like the 360 blasts, which knocks back your enemies.”

We tried to get de Jonge to elaborate more on the changes to the skill tree, and while we didn’t entirely succeed, he did confirm a significant overhaul took place. “We didn’t redesign the skill tree for you a little, [the old skill tree] is completely thrown out the window,” he said. “We kind of started over. There’s a whole new skill tree. Also, visually, everything, it’s completely new. We spent a lot of time on giving more options to the player and [having] more cool options to play with. As for which playstyles and how exactly it works, I think that’s something we’ll go into later when we can actually show it to you because it was not part of the demo, so I cannot really explain it yet.”

Color us intrigued by what’s in store with the new skill tree. We also can’t wait to find out what other types of Valor Surges are in the game, as they seem to play a pretty big part in combat.