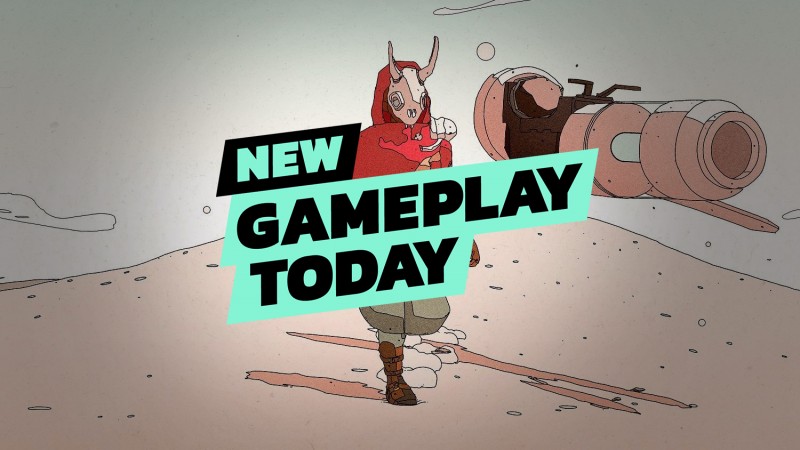 2021 is proving to be a very interesting year in the world of indie games. We’ve already experienced some unique adventures in titles such as Before Your Eyes and Loop Hero, but there’s plenty on the horizon for those who love the smaller but impactful experiences the genre’s known for. Games such as Lake, Cris Tales, and 12 Minutes have us hopeful for the rest of the year, but one of our most anticipated upcoming indie titles is Sable, developer Shedworks’ new open-world stunner.

If the name rings a bell, it’s probably because you’ve seen the gorgeous visual style before. Recently shown off at the Geoff Keighley Summer Game Fest, Sable’s vibrant and distinct art style has generated a large amount of hype, and for good reason. But now that the game’s demo is out for Xbox and PC users, is it any fun to play?

Join Blake Hester, Ben Reeves, and Alex Stadnik as they set out to answer that question and more. We pick up from the midway point in the demo and show off the starting camp, how exploration and traversal work, and that sweet sweet speeder bike action we know you want to see.

The demo not enough to tide you over before Sable’s release for Xbox consoles (including Game Pass) and PC on September 23? Be sure to check out our article detailing the game’s latest showing and our reactions to its trailer along with the rest of Summer Game Fest 2021!

While the week may be winding down, we’re still in the midst of the video game industry’s biggest week of the year, and we’re celebrating in style. We’re live streaming all the biggest conferences with you, giving our spicy reactions on the YouTube channel, and filling a huge E3 hub with all the content you could dream of. Thanks for watching!

2021-06-15
Previous Post: Star Wars: KOTOR And Spider-Man: Miles Morales Are Getting New Gaming Action Figures
Next Post: Windows 11 Confirmed: What We Learned From the Leaked Build