Ska Studios Shows Off 10 Minutes Of Salt And Sacrifice Gameplay 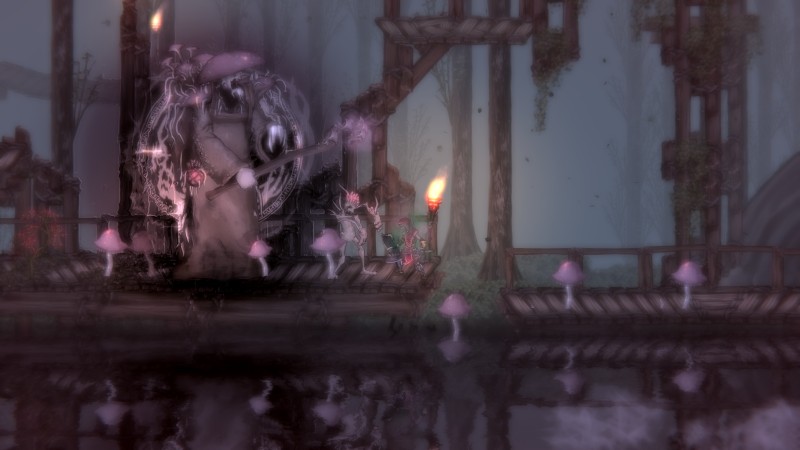 During Summer Games Fest, Ska Studios pulled the curtain back on Salt and Sacrifice, the sequel to the cult favorite, Salt and Sanctuary. The premier trailer provided glimpses of the dark and likely challenging follow-up, but a new gameplay video offers an unnarrated, uninterrupted walkthrough of the game in action.

The footage premiered as a part of GameSpot’s Play For All stream. It shows off the protagonist, a custom created paladin which is one of the game’s eight classes. Gameplay retains the 2D hack n’ slash combat with FromSoftware style trappings. It gives a look at a pair of boss fights, one of which is against a giant pyromancer, and how the character uses a grapple hook to quickly scale environments.

At one point, the player summons an ally to fight alongside them. Salt and Sacrifice features both local and online co-op, and that assistance will likely be invaluable if the experience is as difficult as its predecessor (which it likely will be). Enjoy the action below.

Salt and Sanctuary launched in 2016 and was praised for its fun 2D rendition of Dark Souls-esque design. We scored it an 8.5 out of 10 with GI editor Matt Miller saying “This nightmarish island is well worth a visit, even if you’ve never confronted the challenging games that engendered the adventure.” In terms of presentation and combat, Salt and Sacrifice definitely looks on par with the previous game with some new twists thrown in. I suspect that’s more than enough to excite fans of the original.

How do you think Salt and Sacrifice is shaping up compared to the first game? Are there any new features or improvements you’d like to see? Share your thoughts in the comments!