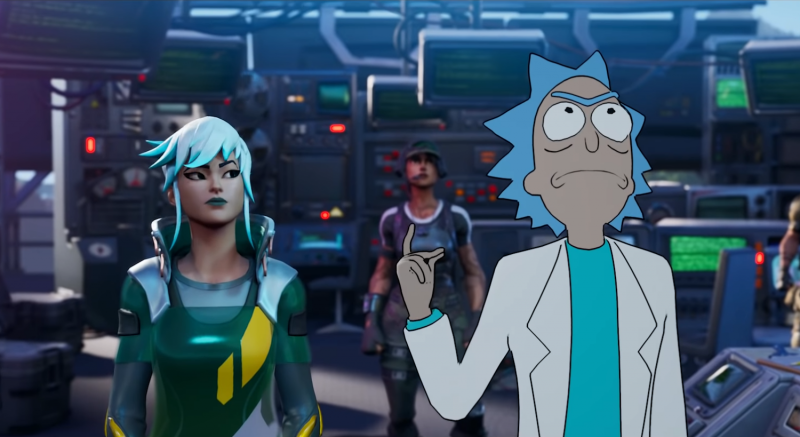 While crossovers in games are nothing new, Fortnite is arguably the king of mashups in the gaming space. With so many hints in the battle royale adventure pointing towards some form of alien invasion, Epic Games has seen the Mass Effect hype and said, “we’ve got aliens too!” for Fortnite Chapter 2, Season 7. Just kidding, it’s not related to Mass Effect, but I had to do it for those angry at how much I talk about it. Hi!

Fortnite Chapter 2 Season 7 sees an explosive attack on the world we’ve come to know and love, and following the invasion comes a border of aliens bent on destruction. Not one to take an attack lying down, the Imagined Order under the helm of Doctor Slone pushes back against this mystifying new enemy in between fishing, emotes, and landing that sweet headshot.

As with any season, there is new gear to unlock. The Battle Pass also offers new Outfits that are unique to Fortnite and based on other entertainment properties. Since we’re talking crossovers, let’s break down what players will see when they dive all-in.

Rick & Morty are crashing the party with Rick Sanchez himself, the “Rickest Rick,” according to Epic Games. You can’t have aliens without Superman himself, either. The caped hero also joins the battle royale party alongside Doctor Slone, Joey, Guggimon, Kymera, Sunny, Zyg, and more. Don’t want to play somebody else? That’s cool too! You can also create your own alien with the Battle Pass, offering customizable options for gamers to play with.

You can see more of what’s in this season’s Battle Pass in the video below:

To learn more about the new weapons, different characters, and what the narrative is for the latest season, feel free to mosey on over to the official Epic Games blog post right here to uncover it all.

Are you excited for Fortnite Chapter 2, Season 7 and the arrival of aliens? With so many oddball crossovers, which game would you like to see make it into Fortnite’s world next? Shout those thoughts out loud and proud in the comment section below!