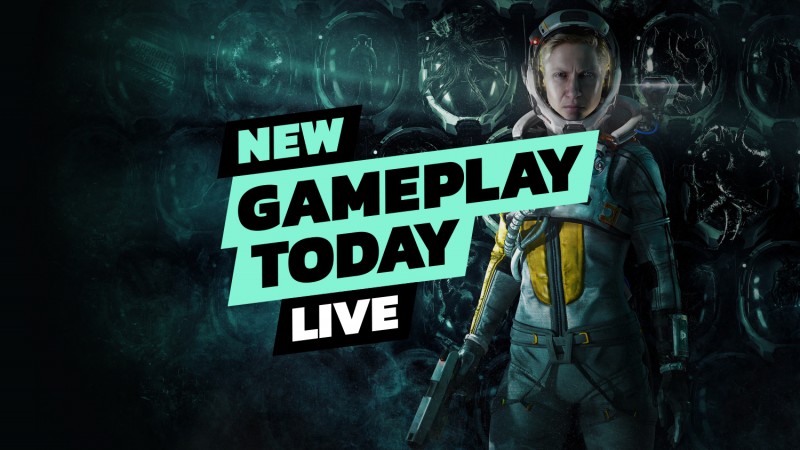 Returnal centers itself on the story of an astronaut named Selene who crash lands on an alien planet named Atropos, which is full of carnivorous monstrosities and other horrors that inevitably lead to her death. However, after experiencing the strange visions that come with her death, Selene reawakes on her crashed spaceship, the Helios, only to find herself stuck in a maddening time loop. Join Video Editor Alex Van Aken for a brand new episode of New Gameplay Today Live, wherein he plays through the first 45 minutes of Returnal on PS5.

Why should you be excited for Returnal? Well, apart from it being developed by the legendary studio behind Resogun, the project is one of the first PS5-exclusive titles we’ve seen since the launch of the console in November 2020. The in-game tutorial describes the gameplay cycle of Returnal as the following:

“Every time you die you are returned to the crash site without the Weapons, Artifacts, and resources collected in the last cycle. Your Databank entries and permanent equipment survive from cycle to cycle. Use these permanent items to explore new areas and utilize shortcuts.”

We’ll start streaming the opening of the game at 7:00 p.m. CT over on the Game Informer YouTube and Twitch channels, during which we’ll be searching for the mysterious “White Shadow” broadcast that Selene is tasked with uncovering at the beginning of Returnal.