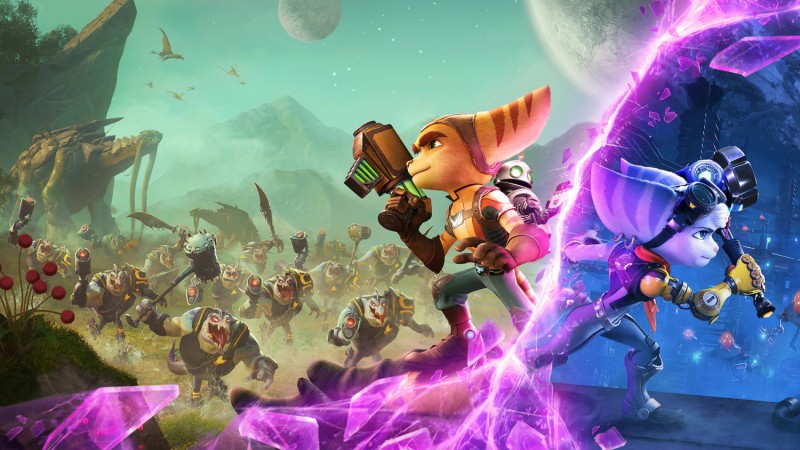 Ratchet & Clank: Rift Apart is set to release this Summer, and Sony is hosting a new State of Play today to showcase new gameplay from the upcoming PS5 game. The event promises a 15-minute presentation on Insomniac’s platformer action game, during which we’re hoping to hear more about one of the game’s new protagonists, as well as a few announcements about the upcoming indie games on PS5.

We’ll be watching along and commentating in real-time, so be sure to join us starting at 3:55 PM Central on the Game Informer YouTube channel. The latest gameplay promises to show off brand-new weapons that we’ve never seen, plus a closer look at some of the new armor, and more about what Rivet (the game’s evergreen character) brings to the story in this journey to defeat Nefarious.

Everything we’ve seen from Rift Apart has looked incredible so far, especially with PlayStation 5’s ray tracing. This is a beloved series from the team over at Insomniac Games, a franchise that has earned every bit of love it’s gotten. If you haven’t yet played Ratchet & Clank (2016) and are hoping to prepare for the upcoming sequel, read our review here:

Ratchet & Clank has always been a showpiece of new-gen technology, and while this entry’s environments look a little retro, the detail in the characters and the explosion of bolts and gears are legitimate spectacles. The colors pop, the worlds feel more alien, and the heart of the adventure is right where it needs to be: with explosions and rockets lighting up the screen like a Fourth of July fireworks celebration.

So be sure to join in on the fun, hang out, and shout out your thoughts about what’s revealed during today’s PlayStation State of Play right alongside us. We’ll geek out, have fun, and froth over what’s coming next.

Which announcements are you hoping to see? Are you looking for anything specific from Ratchet & Clank: Rift Apart? Let us know in the comments down below!

2021-04-29
Previous Post: Netflix’s Castlevania Season 4 Trailer Revealed For The Show’s Final Season
Next Post: Among Us Is Coming To PS5, PS4 With Exclusive New Ratchet & Clank Skin To Celebrate