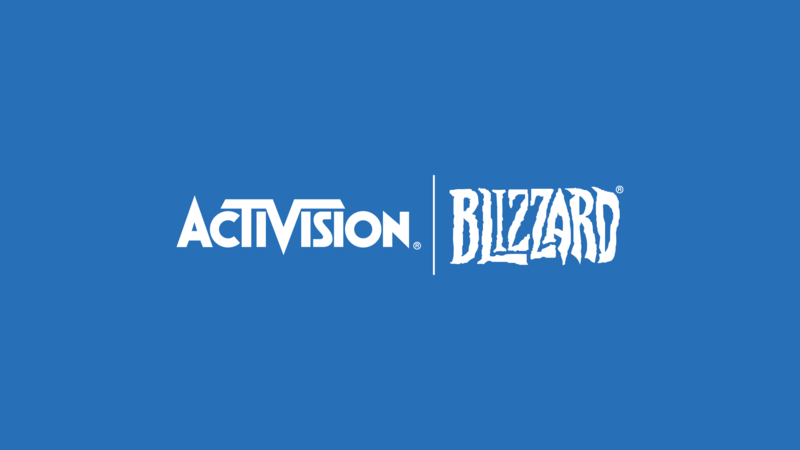 Following the news that the California Department of Fair Employment and Housing (DFEH) is suing Activision Blizzard for labor abuse, sexual harassment, and various other reported mistreatment, the company issued a statement in an attempt to debunk and reduce the claims. Now, Activision Blizzard employees are staging a walkout in protest of the “abhorrent and insulting” statement from executives as a way to support the ongoing suit.

The walkout is poised to begin on Wednesday, July 28, and is meant to be a show of support for the ongoing lawsuit. Game Informer learned that a driving factor behind this public display is because many “don’t trust [Activision Blizzard] to do the right thing and help the people asking for help” from a Blizzard employee that wishes to remain anonymous. In a separate statement to Polygon, a protest organizer told the site, “We believe that our values as employees are not being accurately reflected in the words and actions of our leadership.” The statement continues, saying that the hope is to “improve conditions for employees at the company, especially women, and in particular women of color and transgender women, nonbinary people, and other marginalized groups.”

The protest is in conjunction with a statement that was made public earlier this week, a joined effort signed by over 2,500 current and former employees. The allegations against Activision Blizzard detail reported incidents that are “violations of the state’s civil rights and equal pay laws.” Much of the alleged behavior laid out in the lawsuit targets women and other marginalized groups, including reported evidence that shows widespread gender discrimination, sexual harassment, and long-term behavior from those in supervisor roles that is even a contributing factor to one employee’s suicide.

The full letter is as follows:

To the Leaders of Activision Blizzard,

We, the undersigned, agree that the statements from Activision Blizzard, Inc. and their legal counsel regarding the DFEH lawsuit, as well as the subsequent internal statement from Frances Townsend, are abhorrent and insulting to all that we believe our company should stand for. To put it clearly and unequivocally, our values as employees are not accurately reflected in the words and actions of our leadership.

We believe these statements have damaged our ongoing quest for equality inside and outside of our industry. Categorizing the claims that have been made as “distorted, and in many cases false” creates a company atmosphere that disbelieves victims. It also casts doubt on our organizations’ ability to hold abusers accountable for their actions and foster a safe environment for victims to come forward in the future. These statements make it clear that our leadership is not putting our values first. Immediate corrections are needed from the highest level of our organization.

Our company executives have claimed that actions will be taken to protect us, but in the face of legal action — and the troubling official responses that followed — we no longer trust that our leaders will place employee safety above their own interests. To claim this is a “truly meritless and irresponsible lawsuit” while seeing so many current and former employees speak out about their own experiences regarding harassment and abuse is simply unacceptable.

We call for official statements that recognize the seriousness of these allegations and demonstrate compassion for victims of harassment and assault. We call on Frances Townsend to stand by her word to step down as Executive Sponsor of the ABK Employee Women’s Network as a result of the damaging nature of her statement. We call on the executive leadership team to work with us on new and meaningful efforts that ensure employees — as well as our community — have a safe place to speak out and come forward.

We stand with all our friends, teammates, and colleagues, as well as the members of our dedicated community who have experienced mistreatment or harassment of any kind. We will not be silenced, we will not stand aside, and we will not give up until the company we love is a workplace we can all feel proud to be a part of again. We will be the change.

The above response dropped shortly after former CEO and co-founder Mike Morhaime issued his own statement, telling former employees that he understands that he failed while expressing regret over past inaction. His statement received mixed reactions from the gaming community. Some former employees of Blizzard Activision weighed in thanking Morhaime for not deflecting, while others claimed that the former CEO knew exactly what had been going on over the past decade.

The action against Activision Blizzard is a result of over two years of investigation. In the allegations, the lawsuit alleges that HR was fully aware of the culture happening and that attempts to seek help from Human Resources were reportedly ignored. “Employees were further discouraged from complaining as human resource personnel was known to be close to alleged harassers,” details the lawsuit documents. “As a result of these complaints, female employees were subjected to retaliation, including but not limited to being deprived of work on projects, unwillingly transferred to different units, and selected for layoffs.”

To learn more about the current state of the lawsuit, you can read the full legal documents here.

2021-07-27
Previous Post: How to Use the Multitasking Features on iPad
Next Post: Samsung’s Odyssey Neo G9 Is a Massive Gaming Monitor Packed with Next-Gen Tech