Among Us Is Coming To PS5, PS4 With Exclusive New Ratchet & Clank Skin To Celebrate 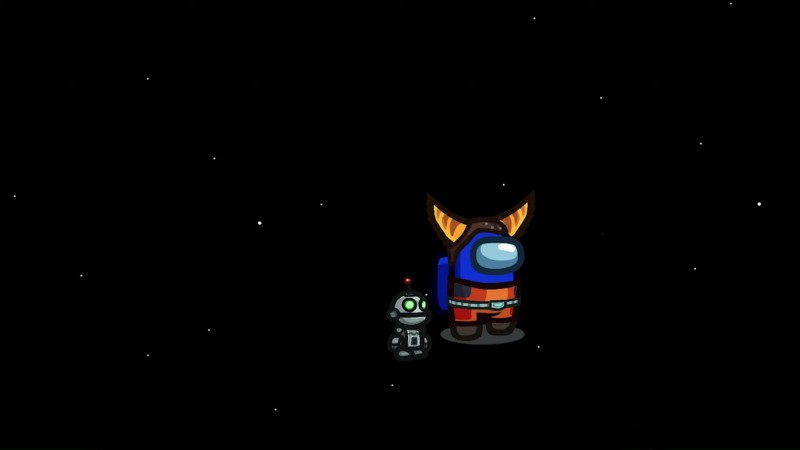 Among Us isn’t a new game by any stretch, but the jellybean/astronaut online game is currently seeing a massive surge in popularity that began in early September of 2020. Since that boom in visibility, this murder mystery adventure has taken over the gaming world, showcased on the biggest stream channels on Twitch, on late-night talk shows, and even in the world of politics. Now, it’s growing its player base even more with the confirmation that the sus little game is making its way over onto PS5 and PS4 systems. Even better? An adorable new cosmetics pack is also on the way.

The arrival of Among Us on PlayStation comes with both generations being included, an exclusive Ratchet & Clank skin, hat, and pet, and the ability to play with others no matter the platform. It’s great, especially if you’re one of those who have some unresolved issues with friends. Keep it simple and just murder them (in-game).

Among Us has grown a lot since its popularity expansion. Instead of making the planned sequel, the team over at InnerSloth instead decided to pivot and focus on the first game to make it even more enjoyable for all. It’s on mobile, it’s on Switch – and now with PlayStation? It’s going to be everywhere. Maybe InnerSloth will go the cheeky Bethesda route and make it playable on the Amazon Alexa next. I’m just saying, weirder things have happened.

With the recent arrival of the new airship and a few tweaks to gameplay to be more accessible, especially with the symbols added to the color-specific objectives to make it easier for those with colorblindness, Among Us is the gift that keeps on giving. This is a game we here at Game Informer play every weekend, and I’ve been enjoying every moment of it. I even scored this indie title an 8.5!

“As much as I enjoy playing Among Us, I have just as must fun watching it,” reads part of our full review. “Its simplicity makes it easy to boot up for streamers, and the conversations about who is sus are great entertainment for active livestream chats.”

“Diving into Among Us, I see the charm despite its simplicity, and I can’t help but to love the way this game makes me look at everyone as if they are super sus. Among Us is what it is, and unapologetically so. This year may be bad, but having fun experiences definitely isn’t; Among Us provides a much-needed reprieve from reality without taking itself too seriously.”

It’s a fun game! I can’t wait to see where this team takes it next.

Thoughts on Among Us and its Cinderella-like story towards stardom? What do you hope the team adds next to this suspicious-driven gaming experience? Shout out those thoughts loud and proud in the comments below!