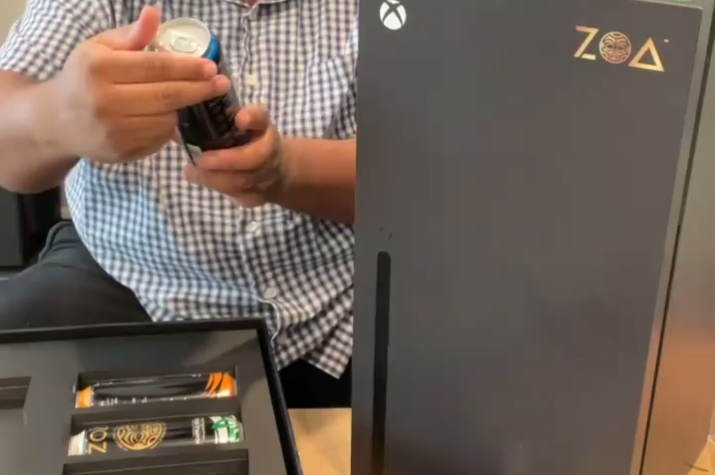 Friendships come and go, but memes? Memes last forever. That’s especially true for the team over at Xbox because not only is their social media team on fire with its meme game, but the company itself isn’t afraid to get a little weird for a new promo. Case and point? The Xbox Series X fridge Microsoft debuted last year. We thought that was the end of that, but no, Team Green is back with another kitchenware item: the Xbox mini-fridge.

The revelation of this glorious mini-fridge comes by way of WWE wrestler-turned-actor Dwayne “The Rock” Johnson. He took to his Instagram to unbox a special delivery and what was inside will make those energy drinks quiver in excitement:

Lamarr Wilson also showed off his Xbox package with the same level of energy I wish I had today:

Do I need one of these? No. Do I aggressively want one? Mayyyybe.

This is just one of the ways that Microsoft has changed its entire strategy when looking at how Xbox fits into the bigger gaming picture. Between focusing more on its ecosystem’s value to getting “hip with the kids” on TikTok, what Team Green is doing shows a smart pivot happening right now in the marketing scene. And you know what? Keep the memes coming, we can’t take life too seriously all of the time.

What do you think about the Xbox mini-fridge? Funny gimmick? Desired household appliance? Sound off in the comment section below, Phil Spencer would want you to.