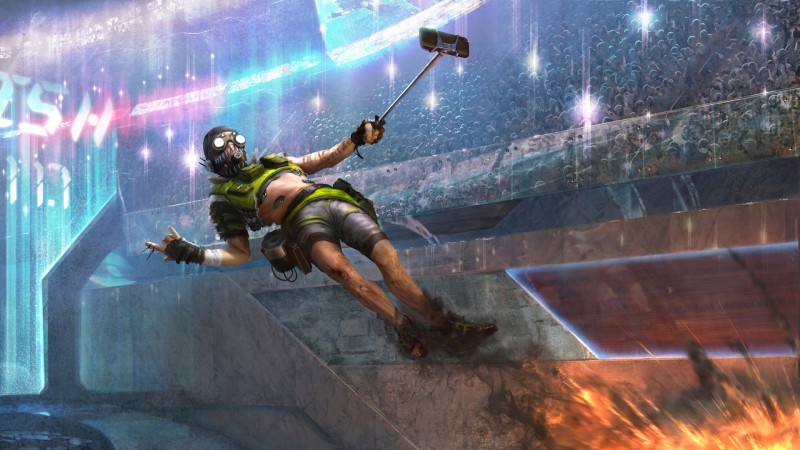 Respawn has done a phenomenal job at ensuring that the Apex Legends experience continues to evolve in a meaningful way. Set within the Titanfall universe, many players have been wondering if the battle royale game would be incorporating more fully with its Titanfall counterpart. Luckily, Apex Legends season 9 promises just that, though we’re selfishly hoping that a Titanfall 3 will be coming down the pipeline sooner rather than later.

On Reddit, one player shared a clip with Fuse’s “ready” sound that seems directly connected to Titanfall:

Fuse’s tactical ready sound is from Titanfall, different from other legends. from r/apexlegends

A recent roundtable panel revealed the confirmation fans have been looking for, at least regarding Apex, confirming more Titanfall-inspired content on the way. After saying that players are “going to see a ton of Titanfall coming into Apex in one way or another,” the panel continued saying:

“Titanfall is a war story, Apex is life after the war; we’re trying to integrate Titanfall into that. We’re looking at what Titanfall means for this universe. It has lasting impacts that are going to become bigger and bigger.”

Specifics weren’t given, but the response has been very mixed. Some have been taking to social media and the game’s forum with worries that Titanfall’s influence may detract from what makes Apex special, while others are just excited to get more content revolving around the shooter franchise.

One thing is for certain: Respawn has done amazing work. When Apex first launched, the reception was incredible. That being said, it quickly waned with lackluster seasons. That changed a few seasons in, changes that brought a plethora of new characters, new gameplay mechanics, and a fleshed-out ongoing story. It will be interesting to see where the studio takes Apex next, but it looks like the show is nowhere near curtain call. For battle royale fans, that’s a good thing.

What do you hope to see from Apex Legends season 9 and the Titanfall content on the way? Sound off with your hopes and dreams in the comment section below.

[Source: BrownGirlGamerCode on Twitch via Forbes]

2021-04-04
Previous Post: See Industrial Light and Magic’s Enormous LED Set for ‘The Mandalorian’
Next Post: Everything Coming to Netflix the Week of April 5, 2021