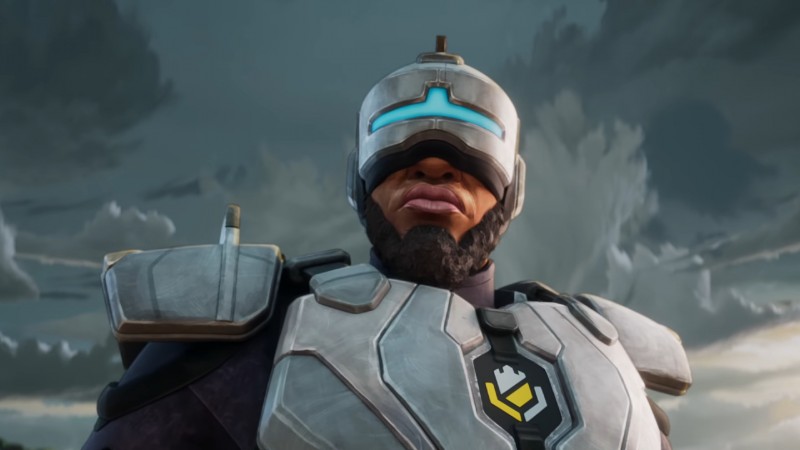 With Apex Legends Season 12 coming to a close, fans have been eagerly waiting for news about the next chapter in Respawn’s battle royale and what it has to offer. A cinematic trailer dropped yesterday, revealing the game’s next defensive legend, Newcastle, while showcasing Titanfall Spectres and feral wildlife along Storm Point’s tropical beaches. You can watch the footage below.

Apex loremasters might already know that Bangalore has a friendly rivalry and close relationship with her older brother, Jackson. While protecting Bangalore during the Battle of Gridiron, Jackson is presumed KIA. We join Bangalore after some time has passed; she’s announced her retirement from the Apex Games. At the same time, a masked defender named Newcastle is slated to be her replacement. Of course, explosive hijinks ensue while the two squad up for Bangalore’s final battle royale match. Bullets whiz past faces, grenades leave craters in the sand, and Titanfall Spectres ambush our favorite legends while they slay a massive beast. Bangalore is surprised to learn the truth behind Newcastle’s mysterious identity by the end of it all.

Season 13 “Saviors” might shift up the meta with the inclusion of Newcastle. While the terminology for the character’s abilities isn’t clear, it’s safe to assume that he’ll keep his teammates safe with well-timed fortifications. According to speculation, he might even be able to drag downed allies out of the fight while reviving them. If this holds, then we’re in for significant changes in the casual and competitive levels of play.

Are you excited about Season 13? What rank are you currently in for Season 12? Let us know in the comments down below!