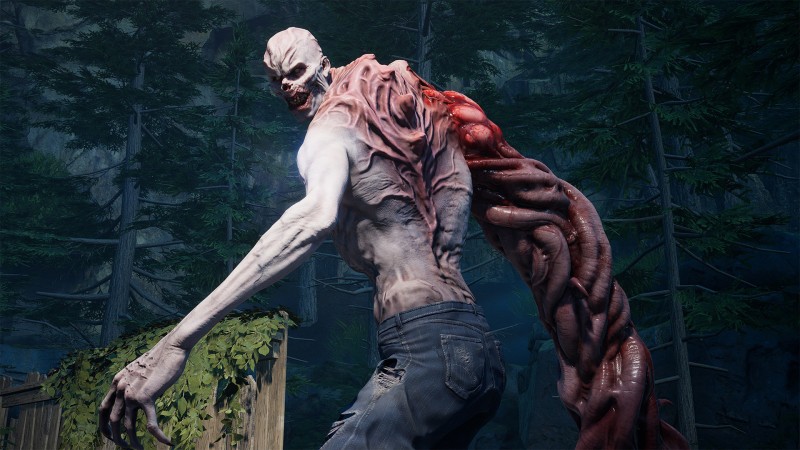 Back 4 Blood is the spiritual successor of Left 4 Dead, the beloved four-player FPS where players were tasked with surviving the zombie apocalypse while sprinting to safety across an infested America. Back 4 Blood continues that group-based tradition but with bonus modes for you and your friends to dive into. One such mode premiered at the Warner Bros. E3 Conference: a PVP-focused mode, called Swarm Mode, where cleaners (humans) and the ridden (infected) go head-to-head.

Swarm Mode is played in rounds and showcases all of the gory, ax-swinging, gun-toting, and grenade-lobbing combat that you watched the Game Informer crew experience months ago. To survive as a cleaner, you’ll likely need to stick together with your allies, conserve resources, get kills for upgrades, and keep an unbreakable line of communication as infected players start to pile in from every direction. On the other hand, the infected must overwhelm the cleaners using sheer numbers and a bevy of gory abilities. These rounds are timed and seem to be based on how quickly you can kill your opponents. Once a round ends, the sides switch, and the counter clock starts again.

Let’s be honest, playing as humans is pretty cool, but that’s been a mainstay in Turtlerock Studios’ gameography for decades. So, what makes the ridden so cool in Swarm Mode? A myriad of classes were shown during the conference: reeker, retch, exploder, stinger, hocker, stalker, tallboy, crusher, and bruiser. From flinging phlegm at cleaners or self-destructing on impact, there are many routes to bringing down the human race. You can see the action in all its gritty detail in the trailer above.

Back 4 Blood releases for PlayStation 5, Xbox Series X/S, PlayStation 4, Xbox One, and PC on October 12. It’ll be accessible from the Game Pass catalog on launch day, and an open beta starts on August 5.

Are you more excited to play as a ridden or cleaner? Let us know in the comments below!