The 2015 release of Cities: Skylines delivered something fans of the mid-’90s city builder titles had been sorely missing: a modern, yet faithful reimagining of the genre. While Cities: Skylines was every bit a modern entry in the genre many grew up loving, it forewent the negative aspects of the modern formula, while embracing the community wholeheartedly. The result is a game that today, six years later, still has a dedicated community playing the title and delivering a vibrant mod scene.

We had a chance to speak with Mariina Hallikainen, CEO of developer Colossal Order, about the development and continued support of Cities: Skylines. You can see our full Q&A below.

When the team started development on Cities: Skylines, what inspirations did it look at and pull from for the initial concepting?
We had some serious SimCity fans in the dev team and wanted to achieve a spiritual successor to SimCity 4. Naturally, the ambition was much greater than our resources at the time, so we had to prioritize on the amount of content and different features. Visual work such as day and night cycle and seasons were out of the question and we would have loved to create more variation for the assets. We tried to focus on making the game feel bigger than it actually was by allowing as much freedom for the player as possible and supporting modding as extensively as we technically could. 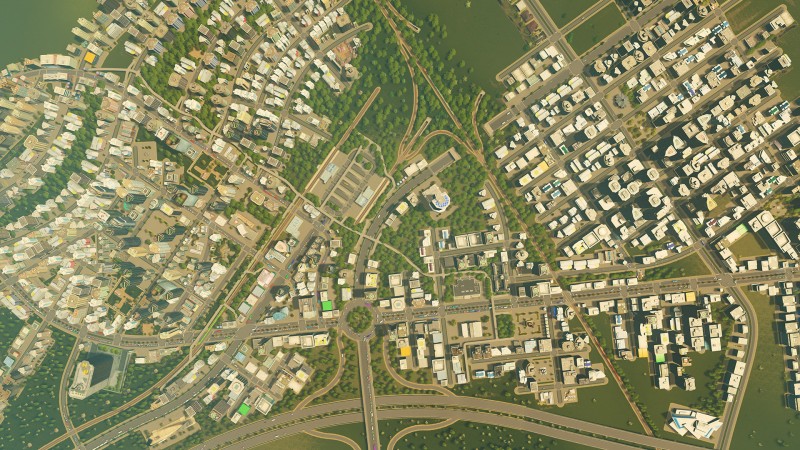 What about the city-builder genre made this an even more attractive project than Colossal Order’s prior projects? Did the team take any learnings from the Cities in Motion titles into Skylines?
This was the dream from the start! We founded Colossal Order with the intent that one day “Colossal Cities” would see the light of day. This was back in 2009 and we were five people with limited funding, so we decided to start with something smaller to build toward greater challenges. Cities in Motion games were really a stepping stone for us, a focus on one aspect of a city builder: mass transit.

We learned so much from working together, working with a publisher, and most importantly about our player base. I’d say the most important learning from the CIM games was getting to know the community and the meaning of modding for our games. We really see it as an integral part of the player experience we want to offer not only now but in the future.

As development progressed, what elements of the classic city-builder formula did the team feel were most important? Which were flexible? Which elements of the classic formula did the team most want to change or improve upon?
Cities are a wonderful concept because everyone has an idea how they should work and a city builder is just for that – for the player to create their own vision. We focused on the very basic building blocks: roads, houses, jobs. City services to support the needs of the citizens: health, education, recreation. We wanted there to be as much freedom as possible, ability to create something from the real world. One of the greatest successes was the road building, that gives the player tools to do something real, or completely imaginary. It was always more about the simulation and the gameplay than the visuals however, not faking any numbers but actually having the player see every citizen and every choice they make. 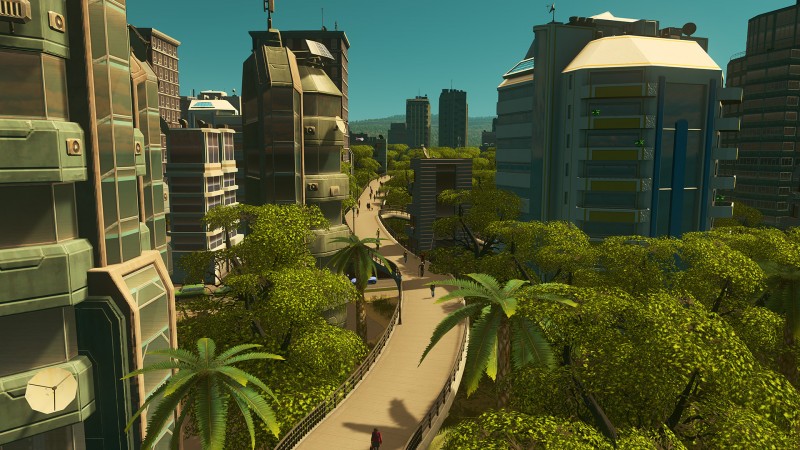 Reception for the game was very positive upon release. Did the strong community support and critical reception alter the game’s post-launch lifespan in any ways?
Certainly it did, immensely! Our target at Colossal for copies sold was 300,000, so more than our previous games and enough to allow us to work on the game for a couple of expansions before starting something new. Now, six years later, it’s still quite difficult to understand what actually happened, but we have been so happy to have kept it going so long. All thanks go to the community and their endless suggestions and ideas for improvement.

Was there any feedback from the fans that shaped the game in meaningful ways early on in the post-launch phase?
The most meaningful feedback and probably the most impactful was related to the very first expansion of Cities: Skylines. Prior to the launch, we had been bouncing ideas with our publisher Paradox Interactive for an expansion and started to work on an idea where the city would have these groups causing new demands and challenges. It was a poor idea and we struggled to make something good out of it. However we got a massive amount of feedback from the players that the game needs a day and night cycle (do you remember that feature wasn’t there at release?). However, we were already three months in on a six-month development cycle when our programmers decided to test how difficult it would be to achieve a day and night cycle for the game, just for the fun of it. They came to me with the results and I immediately called Paradox, asking if we could change the entire first expansion, promising that we can do it by the planned release date. Everyone was so excited to work on After Dark and probably very relieved to drop subcultures that we managed to make a great first expansion, thanks to our community. 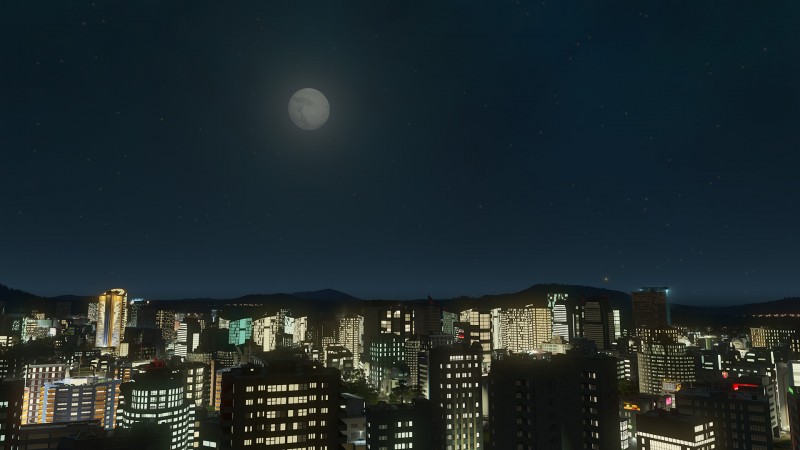 How has the modding community surprised you? Does the development team have any community mods it particularly enjoys?
First, how were the modders so fast?! We barely got the game out and there were so many cool mods available in the workshop. My personal favorite is still the Bordered Skylines mod because you can make your city glow neon pink … priceless. Other, more gameplay meaningful favorites of the team are Move it and the Metro Overhaul, which actually inspired us to make the overground metro available in a free update for everyone. I also love how the modders have pushed us to do better; for example, as an oversight, the game released with no ability to change the direction of a one way road after placing one. Very soon we noticed a mod for that realizing we’d missed this entirely and very quickly fixed it. It has also been great to see so many high-quality assets in the workshop, often showcasing the creators’ local landmarks or architectural style. Today, we have four team members at Colossal with a modding background in Cities: Skylines. It’s a testament to the ability of these individuals and the importance of the effort they have put into it as they turned their hobby into a profession.

What do you think are the greatest accomplishments of the official expansion packs? What did you most want to address going into the process of creating expansions for Cities: Skylines? Do you think you were successful?
We really appreciated the chance to keep working on Cities: Skylines as the base game really was just a beginning. And please don’t get me wrong, the game stands on its own two feet, but there were so many features we wanted to still include. Missing features that the modders so kindly pointed out to us, improving on the modding tools, adding new features and variety of content. We already internally had a very long wishlist that we wanted to work on post-release, and the community kept adding to it.

There were some great successes and some that didn’t live up to our expectations. Mass transit was really a great one as we could refer to our background having created Cities in Motion games. One of my personal favorites is Park Life; I think it is so much fun and really shows how the attention to detail and art has evolved over the years. Overall with all the free updates to the base game, it really isn’t the same as it was six years ago. So much was improved over the years. 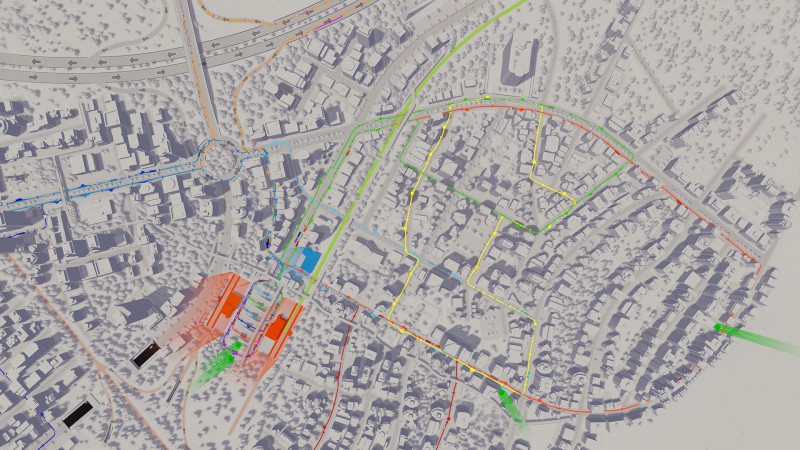 Do you have a great pitch for what people who maybe bought the game in 2015 and loved it, but haven’t gone back in several years, are missing by not playing the game as it exists in 2021?
There isn’t a better time to fire up that good old Cities: Skylines and see all that is new in your virtual city! There’s just so much players can do now that wasn’t available at launch. There are more than 20 pieces of DLC available, from new radio stations, to content creator packs made by fans, all the way to major content drops. Here are some of them: Campus, Green Cities, Mass Transit, and Industries.

As you look back at the first six years of Cities: Skylines, what do you see as the biggest successes? Do you identify any missed opportunities or room for continued growth and improvement?
It has been absolutely fantastic, challenging, tiring, and yet always so rewarding to work on Cities: Skylines. I’m a big believer in continuous improvement and it’s at the core of our development process at Colossal Order. I think we all regret our failure to get proper seasons in the game, but it was simply not feasible at the time and we decided to live with the winter maps feature in the Snowfall expansion. The game has evolved immensely over the years with improvements and new content and features, but the absolute biggest success is our relationship with the community, our endless source for inspiration. 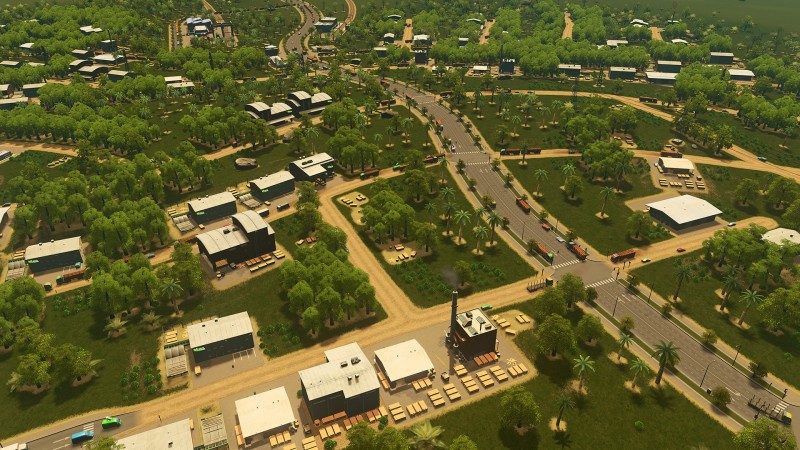 What does the future hold for Cities: Skylines? Do you have plans for a follow-up game, or are you looking to continue developing upon the existing base?
Cities: Skylines, with its community, is the most important game Colossal Order has created. Beyond that, there isn’t much further we can say at the moment.

For more on Cities: Skylines, you can check out our review of the PC version, as well as the console version.

2021-03-13
Previous Post: Canoo’s Bubbly Electric Pickup Is a Workbench-Toting Subscription Vehicle
Next Post: BasicallyIDoWrk, I AM WILDCAT, and Terroriser On Their New Show ‘Alpha Betas’