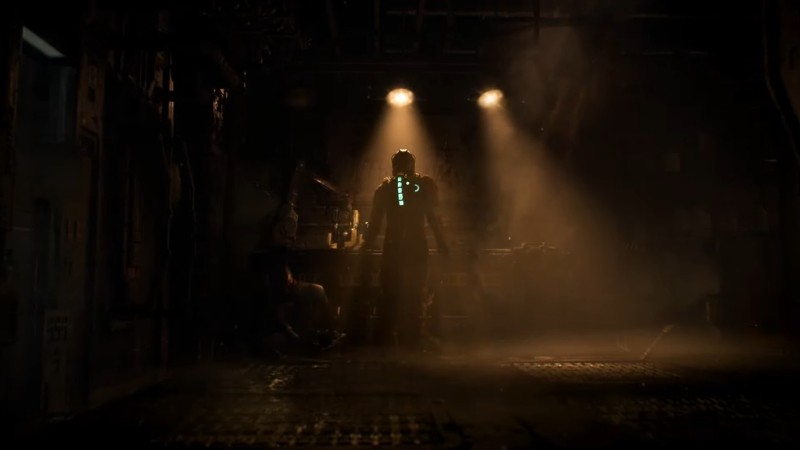 Today’s EA Play presentation concluded with a bang with the reveal that the original Dead Space is getting a full-on remake. The long-rumored project is being developed exclusively for new-gen consoles and PC and will give a premium facelift to Isaac Clarke’s horrific adventure aboard the USG Ishimura.

EA’s Motive Studios, the developer behind Star Wars Squadrons and Star Wars Battlefront II, is rebuilding Dead Space from the ground-up using the Frostbite Engine. Besides improving the game with premium lighting, textures, and assets, EA’s press release states that the game will feature an “improved story, characters, and gameplay mechanics”.

The publisher doesn’t go into details on what those improvements entail, but the narrative premise remains the same: as everyman space engineer Isaac Clarke, you’re on a mission to repair the USG Ishimura, a mining ship, only to discover it’s been overrun by terrifying alien creatures called necromorphs. These monsters have not only slaughtered most of the Ishimura’s crew, but they can also reanimate corpses. The worst news is that your girlfriend Nicole, is stationed somewhere on the ship. Isaac must race to find Nicole while combating the necromorph scourge as well as his own deteriorating sanity.

Dead Space released in October 2008 and was hailed as a horror masterpiece that blended the tense sci-fi horror of Alien with exceptional storytelling and satisfying, dismemberment-focused combat. Game Informer scored the game a 9.25 out of 10, with reviewer Andrew Reiner summing up the game’s horror saying “Dead Space is technically a survival horror game, but it should really be compared to motion picture juggernauts The Thing and Aliens, as it channels the essence of those films more than it does any other game. If horror is your forte, dim the lights, crank up the surround sound, and take the deepest breath you ever have. I think you’ll agree, no game has ever been this frightening.”

In a press release, Phillippe Ducharme, senior producer on the project, expresses the love and care going into the project saying  “The Dead Space franchise made a huge impact on the survival horror genre when it was released 12 years ago, and I came to Motive as a fan first to specifically work on this game. We have a passionate team at Motive who are approaching this remake as a love letter to the franchise. Going back to the original and having the opportunity to do so on next gen consoles excited everyone on the team. As we look to modernize the game, we’ve reached out to dedicated fans and invited them to provide us with feedback since the early stages of production to deliver the Dead Space game they want and for new players to enjoy as well.”

The original Dead Space, as well as its two sequels and Wii spin-off, were developed by Visceral Games, which was shut down in 2017. Even before the studio’s closure, the series had been on hiatus since Dead Space 3 launched in 2013. Meanwhile, Dead Space’s creator, Glen Schofield, has since formed his own studio to develop a new sci-fi horror game, The Callisto Protocol.

What improvements do you hope to see in the Dead Space remake? Let us know in the comments!

2021-07-22
Previous Post: New Battlefield 2042 Gameplay Trailer Shows How You Can Build Your Own Battlefield With Portal
Next Post: Ripple Effect Explains How Battlefield 2042’s Portal Works, Including For Newcomers Nervous About Coding