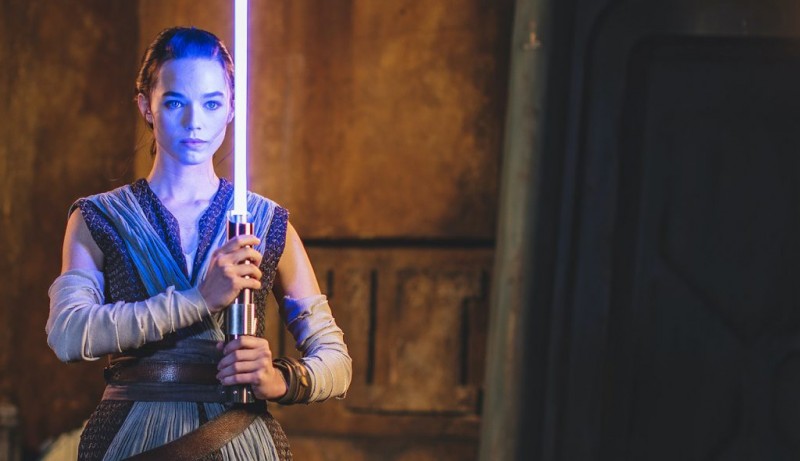 Star Wars: Galactic Starcruiser is a two-night vacation getaway that will debut at Walt Disney World Resort in Florida in 2022. As amazing as the Galaxy’s Edge theme park is, this vacation sounds like it will be the closest we come to living in a galaxy far, far away. When you arrive at the resort, you’ll step into a launch pod that will rocket you through hyperspace to the starship Halcyon. From the moment the doors open, everything around you will be Star Wars themed. Your room’s windows look out into space, you’ll be dining in a room filled with Star Wars characters, and you’ll even have a chance to train with the Jedi.

Construction of the Halcyon is underway, but we haven’t seen anything official yet other than concept art (which you can see below). Today Disney is giving us a taste of what we can expect. It’s a small thing, but it should open the eyes of Star Wars fans. The video above shows a new lightsaber created by Imagineering Research and Development. In a blog post on Disney Parks’ site, it sounds like this saber may not be something we can buy when the resort opens, and instead will be an attraction. “Watching that lightsaber activate right before your eyes will be just one of the countless ways that, from the moment you arrive to the moment you depart, you’ll be plunged into a Star Wars story where your decisions and actions – or even the casual conversations you may have – determine how your personal journey unfolds.”

We still don’t know everything about this vacation, but the main attraction right now sounds like it’s the dining experience. Called the Crown of Corellia Dining Room, you’ll get a taste of the famed planet known for its shipyards – one of which crated the Millennium Falcon. As you eat, you’ll be listening to songs performed by a purple Twi’lek.

Disney’s blog says, “this isn’t storytelling – it’s storyliving, where you’ll see, feel, and live Star Wars in a whole new way.” It sounds like a fun weekend, but we have to wonder how much of our savings we’ll have to fork out to make the journey to the Halcyon.