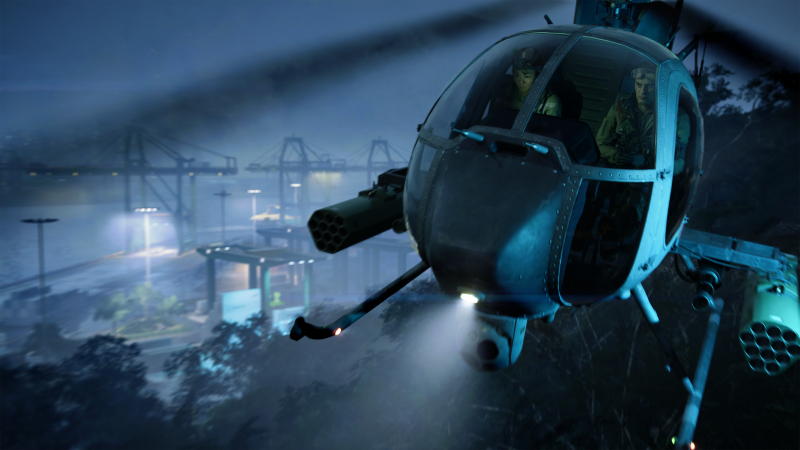 Battlefield 2042 is an FPS experience set in the near future that challenges players to become something called a Non-Patriot after a refugee crisis overtakes what we know to be everyday life. The multiplayer experience is also going back to what Battlefield has done best in the past: giving players ultimate freedom with map verticality. 2042 is bringing the series back to its roots, now with weaponized tornadoes, and during the EA Play Future of FPS showcase, we got a closer look at what the FPS has in store.

When asked by IGN’s Stella Chung “what’s the secret to making a good FPS,” Respawn founder Vince Zampella replied with a simple yet effective: “A good team.” This is also the driving strategy behind the recent rebranding of DICE LA to Ripple Effect Studios. Once called DICE LA, Ripple Effect will take that same team and make it even bigger with members from all sorts of creative backgrounds. This fresh perspective on game development is perfect given that Ripple Effect has confirmed that it is working on another project in conjunction with Battlefield 2042, adding a multitude of voices to creatively drive new experiences for the future.

Ripple Effect Studios general manager Oksar Gabrielson talked a little more about Hazard Zone in Battlefield 2042, a “high-stakes” co-op mode, something that is really “contemporary.” He said that this is not a standard battle royale experience, it’s more in-line with what Battlefield fans will expect while relying on being good on your feet. Digitally speaking.

In the video below, the first half is largely dedicated to Battlefield, with gameplay being shown off as the developing team chats:

There are more surprises on the way for Battlefield 2042, including a yet-to-be-revealed third mode that players can look forward to. We’ll be learning more about that on July 22.

As for the EA Play schedule going forward, here’s what’s ahead:

The latest Battlefield does things a little bit differently this time around, eschewing the usual single-player vs. multiplayer component, and instead offers players a hybrid experience. When I first learned that there was no single-player, I felt disappointed, but the more I learned about 2042, the more I understood what the vision was going into this new game. On the online side of the equation, DICE is pushing this shooter to the limit by upping the player count to 128 on PlayStation 5, Xbox Series X, and PC. PS4 and Xbox One players are downsized to 64 to preserve the experience, though the studio promises that the lower player count will not impact the game’s overall style and feel.

If you’re interested in learning more about the upcoming Battlefield title, be sure to mosey on over and check out our preview with our behind-the-scenes look at 2042.