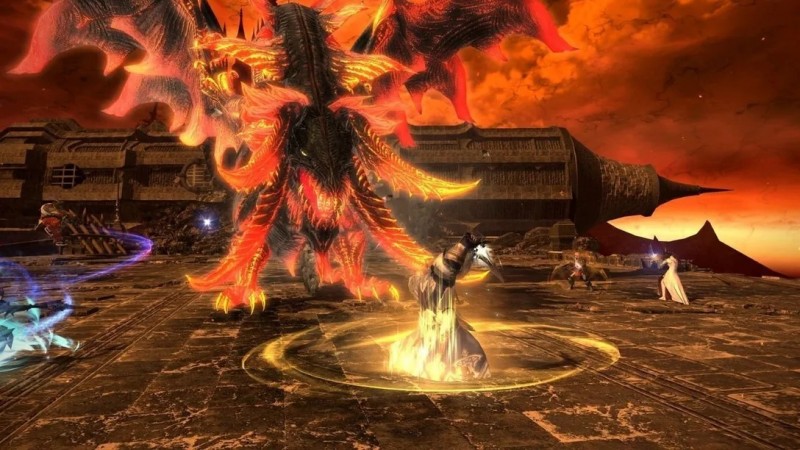 Final Fantasy XIV for PS5 boasts improved framerates, beautiful 4K resolution, incredibly fast loading times, haptic feedback features, and 3D audio. For those looking to take to the online world of Final Fantasy XIV on this generation, the open beta is now available for all to enjoy!

Final Fantasy XIV had a rough launch when it was first released. Players were both overwhelmed and underwhelmed by the structure of the game. Since then, numerous tweaks and expansions have come out, effectively turning it into one of the most beloved MMORPGs on the market. With it now on PS5 with the open beta, newcomers can jump right into Eorzea and see what adventures await.

Square Enix director of community Matt Hilton took to the PlayStation Blog to update gamers on what they can expect from the open beta, an access period with “no limits.” Hilton also promises that this move is great for those that maybe haven’t tried out the MMORPG yet. Whether you’ve created your character and explored to your heart’s content on the PS4 or just coming in for the first time, all can enjoy what the open beta has to offer.

“During the open beta period, players who own the PS4 version of FFXIV can experience all of the same content, but on PlayStation 5,” said Final Fantasy XIV lead project manager Shoichi Matsuzawa. “The Worlds (or game servers) that you’ll connect to are the same ones that players on PS4 and other platforms play on, and there are no restrictions from a functionality perspective for open beta participants.”

He added, “We are launching into open beta as a precaution since there is a massive amount of existing content in FFXIV. If we do not see any critical issues, we plan to transition straight into official service.”

For the newbies hopping in, the Free Trial version of the game is available during the open beta, which means you can play A Realm Reborn and Heavensward up to level 60. If you like it and you decide to put a ring on it, your character progress will carry over into the final game when purchased.

The full version of Final Fantasy XIV on PS5 will be available once the open beta closes, so it’s a great time to hop in and see if this is the MMORPG for you.

From an updated UI to beautiful 4K, the game looks and feels amazing on PlayStation 5. For those who haven’t been able to score one yet due to console shortages, the latest update also lives on other platforms. You can learn more about that here.