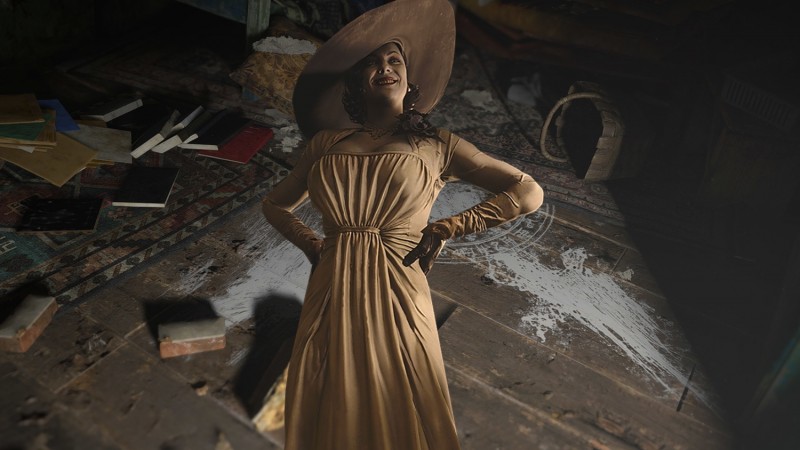 The latest look comes courtesy of IGN and while the scenes themselves are nothing new, it is the first time we’ve seen anything on last-gen hardware. The good news is that the two versions don’t look terribly different, which is great considering so many still can’t get a hold of a PlayStation 5 due to shortages and scalpers. The fact that the PS4 Pro version looks identical to the PS5 version is a good thing. For those that have a PlayStation 5 and wanted their time to be special, the PS5 has features that previous generations don’t have, including faster loading times, more intuitive haptic feedback, 3D audio, and more.

We’ll be getting even more new looks at Resident Evil Village this month because Capcom has another showcase planned for the upcoming horror title. We don’t know the exact date of the showcase, only that one is on the way following the previous event held in January.

For those that may have missed the January showcase, it showed off extensive gameplay for Resident Evil Village, including more on the Merchant, the Big Tall Vampire Lady (Lady Dimitrescu), and heralded in a PS5-exclusive demo. For those that couldn’t play the PS5 demo for one reason or another, another early play period will arrive for last-gen players sometime before the full launch of the game in May.

Regarding the game itself, Resident Evil Village arrives on May 7 for PlayStation 5, Xbox Series X/S, PlayStation 4, Xbox One, and PC players. Are you excited to see how the game runs on a PS4 Pro? Do you have any concerns about any performance variations? Sound off your hottest of hot takes in the comment section below!