Coming out of the Xbox E3 showcase featured a look at the console versions of Microsoft Flight Simulator as well as a big new cross-over with the upcoming film Top Gun: Maverick.

Having released on PC last August, it can be easy to forget Flight Simulator hasn’t made its way to Xbox Series X and S yet, but the wait will be over on July 27, 2021. A new trailer was captured using a Series X hardware in 4K resolution according to Microsoft. Planes of all kinds are shown flying over oceans, plains, forests, and under bridges. The footage runs smoothly and gives an idea of what players can expect from the conversion from PC to console.

Just after announcing the Xbox release date, we see a shot of the ocean and an aircraft carrier floating stoically in the water. Triumphant music begins to swell as a fighter jet launches from the ship’s runway, emblazoned beneath the cockpit window is “CAPT PETE MITCHELL ‘MAVERICK.’” Top Gun is officially coming to Microsoft Flight Simulator later this year with a collaboration with Paramount Studios promoting the sequel to the popular Tom Cruise movie. The expansion is set to hit sometime in the fall of 2021.

Microsoft has been adding plenty of content to Flight Simulator since release. Most notably, VR support was added for PC as well as a visual expansion to the United States region. After not having a full new entry in the series since 2006, It was quite the hit at launch. In the first month alone the game had garnered over 1 million players who had flown more than 1.2 billion in-game miles. 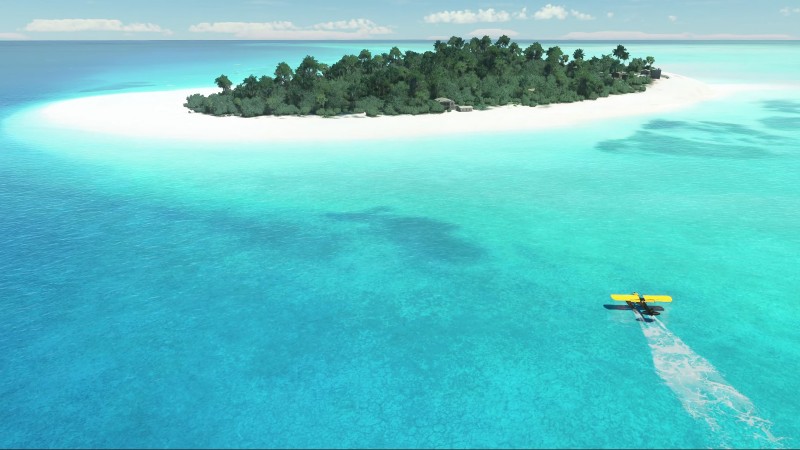 Like all recent products coming out of various Microsoft Game Studios, Flight Simulator will be hitting Xbox Game Pass the day it releases. Once again, that release date is July 27, and will be coming to both Xbox Series X and Series S consoles.

Miss out on any of the huge announcements coming out of E3? You’ve been granted permission to give our expansive E3 hub a fly-by!