Have a gamer or collector in your family with a birthday or graduation coming up? Or maybe you’re just looking for fun reward for yourself after an especially long winter? Whatever the situation, we gathered some of our top recommendations for gadgets, toys, clothing, board games, and more, sure to appease even the most discerning enthusiast. 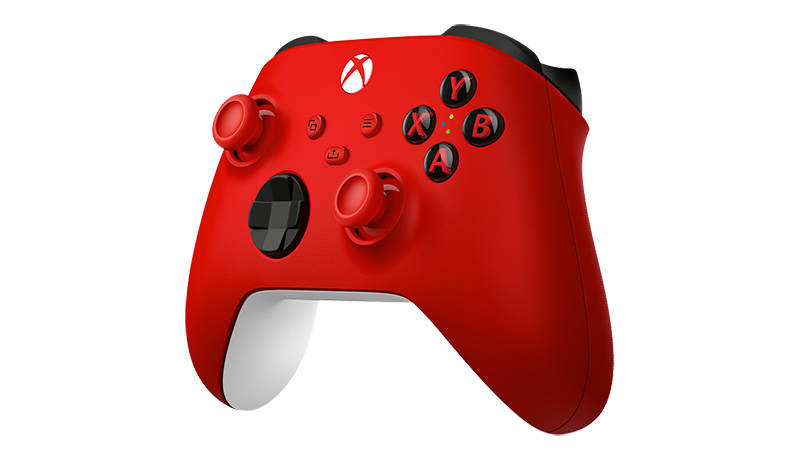 Add some spice to your new Xbox console with this newly released color scheme. No matter the hue, the controller’s hybrid d-pad and sturdy feel wins the compatibility race, with cross-functionality on Xbox Series X/S, Xbox One, PC, or mobile. $64.99 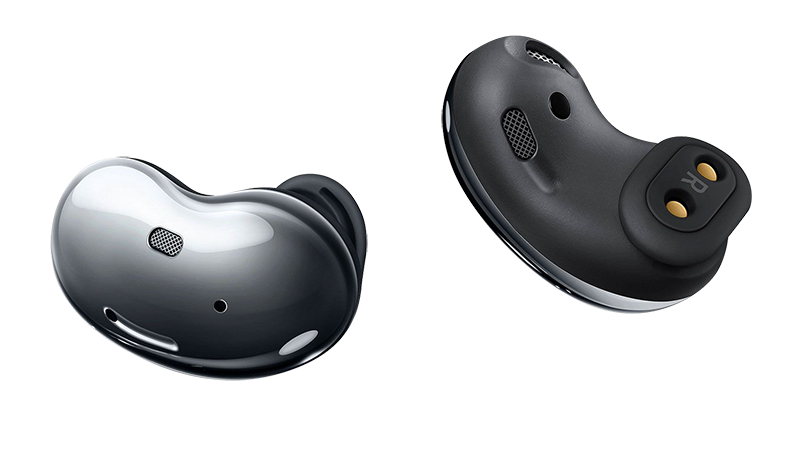 Samsung’s Bluetooth earbuds look like beans, but that’s just part of their charm. The unique shape of these wireless speakers not only helps them remain in your ears while you jostle around to your favorite tunes, but their open-air fit also allows for better situational awareness. Thankfully, active noise cancelling helps drown out the distractions when you need it. Overall, these buds produce a nice deep bass, solid sound detail, and provide some good noise reduction while making calls. $109 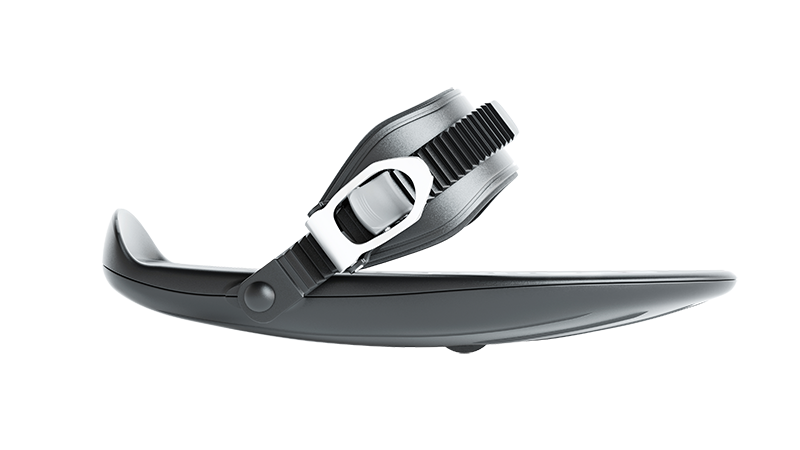 Control movement and rotation in VR with this fascinating new solution, as your leg movements correlate directly to in-game actions. The station can also be enabled as a fitness tracker, so you can find out how far you’ve been running through virtual space. Sadly, there’s no way to track how silly your partner or roommates will think you look. $399 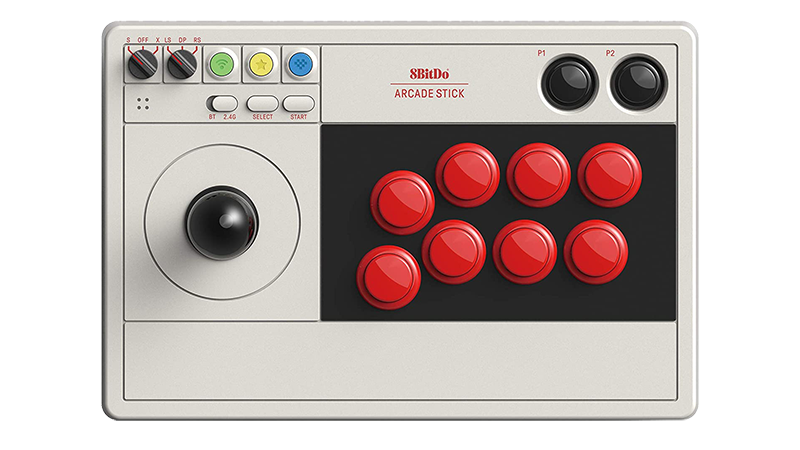 It may be stylized after favorite retro controllers of old, but this flexible device features a lot of modern convenience and customization options. This arcade stick supports complete button mapping, along with dedicated macro buttons for those more involved inputs. You can also set up multiple controller profiles and switch between them, whether to support different players at the stick, or different games. $89 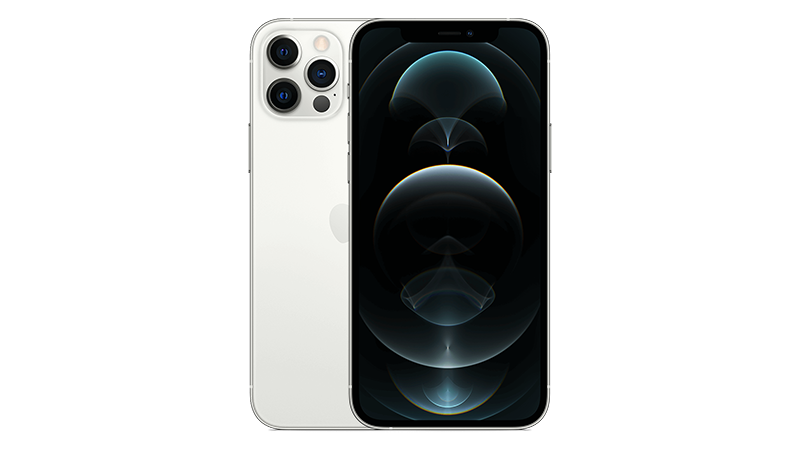 With every new generation of mobile phone, the potential for high-end gaming increases. Apple’s ecosystem of games has continued to grow more sophisticated, thanks especially to its Apple Arcade game subscription service. But the latest line-up of iPhone 12 Pros is especially suited to gaming; its six-core A14 Bionic processor can handle complex programs with ease, and the super retina XDR display ensures HDR support and remarkably accurate color and brightness. Starting at $999

Doctor Who: Revolution of the Daleks

The Legend of Korra – The Complete Series Steelbook Collection 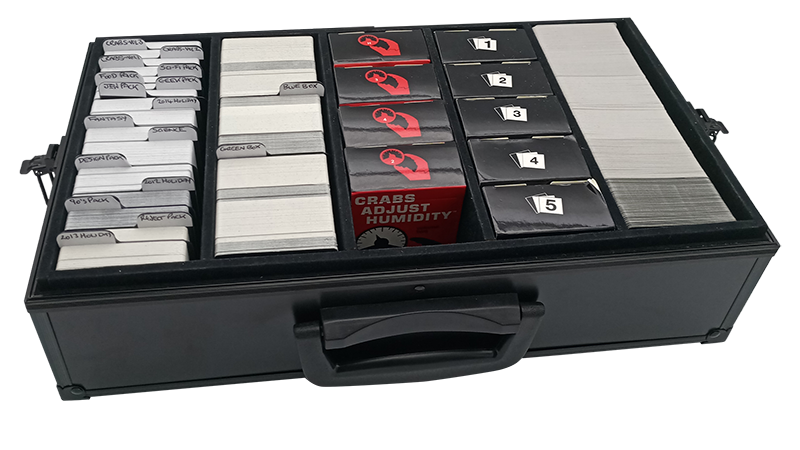 If you’re not into extensive card gaming, you may have trouble imagining the value and importance of a great case. But when you’ve been putting together a collection for years, you want to keep everything secure and organized, and the BBB card case ably fits the bill. Strong handles and overall construction are all top-notch. Five felted interior pockets hold up to 2500 unsleeved cards, and the squared corners and edges ensure you won’t have to worry about bent cards. It’s all simple, unpretentious, and safe. $72.99 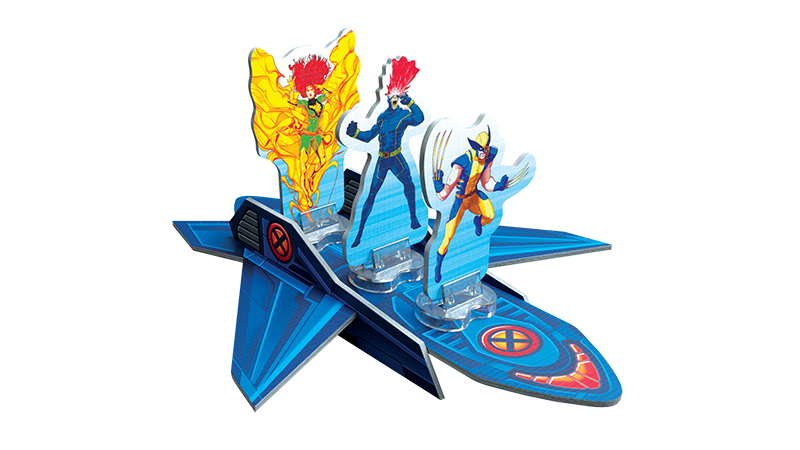 This cooperative dice-driven card game lets you choose between 16 of the most memorable Children of the Atom as they set out on scenario-driven missions. Story elements creep in to the action-focused throwdowns, including an incredibly clever system that governs relationships between the mutant heroes; don’t let a long camaraderie turned betrayal stop you from halting Magneto’s schemes. $54.95 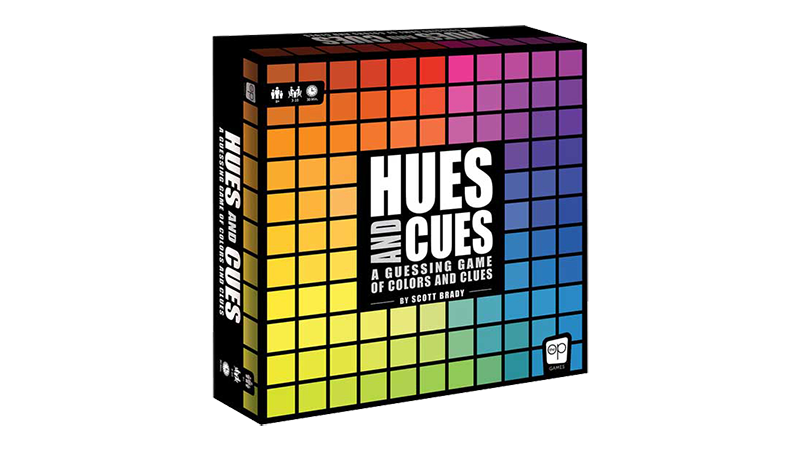 This colorful party game offers a novel challenge for players, but it’s simple enough for family and friends to enjoy, with little to no introduction or prior game experience. Players are challenged to use one or two word clues to describe a specific color that is part of a massive grid of 480 hues. The other players then try to guess which color you mean, and points are determined by how close everyone gets. $24.99 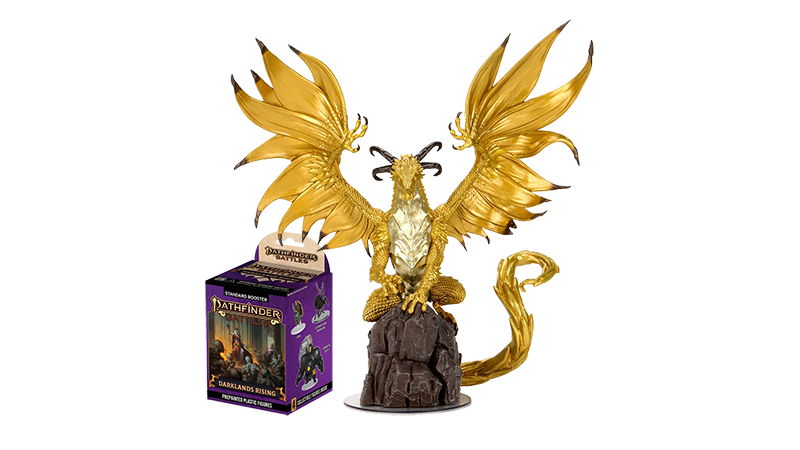 The sold-individually gargantuan gold dragon is undoubtedly the showpiece of the latest Pathfinder mini line, but the randomly packed four-figure booster features an impressive selection of larger figures, with a specific focus on monsters and characters from the deep underground of Paizo’s sprawling fantasy world. $89.99 (Great Wyrm Gold Dragon), $19.99 (Standard Booster) 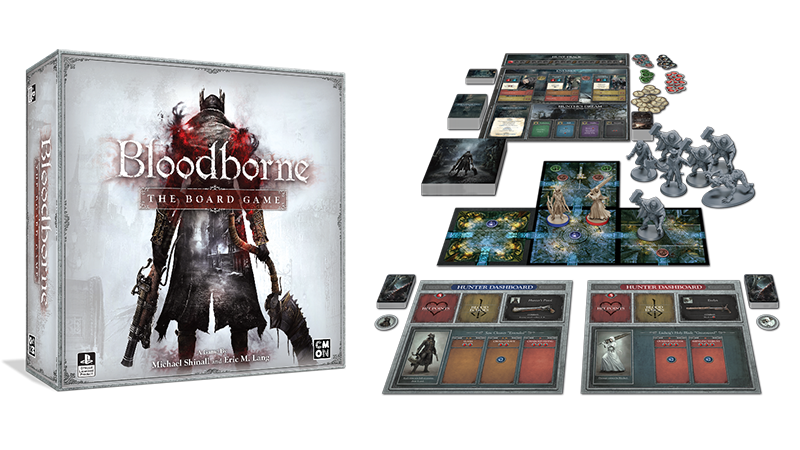 Bloodborne: The Board Game

FromSoftware’s gothic adventure is brought to life in this elegantly creepy and impressively produced cooperative board game. Players work together as individual Hunters to reveal the many secrets of Yharnam, using an array of unique trick weapons to take down all kinds of monsters. The impressive card combat steals the show, leading to skill-based encounters in which luck is rarely the deciding factor. Players inevitably meet their demise, only to wake up in the Hunter’s Dream with another chance to fight, albeit with previously defeated enemies back in the mix. Richly imagined and filled with awesome minis, it’s a fantastic game even before factoring in the video game license, and can be enjoyed with the core set or with a plethora of available expansions. $99.99 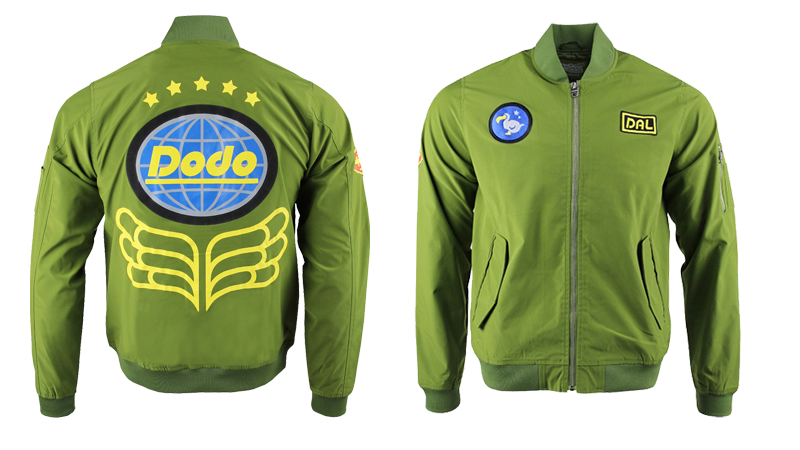 Animal Crossing: New Horizons earned a rightful place in our hearts for the way its idyllic environments helped us escape a rough time in the world. As such, it’s only appropriate to celebrate the game with a jacket commemorating the part of the game that lets you escape to new islands and connect with friends. This well-made polyester jacket features some nice detail work, like patches and an arm zipper pouch, and comes in a variety of sizes that should suit enthusiasts both young and old. $79.99 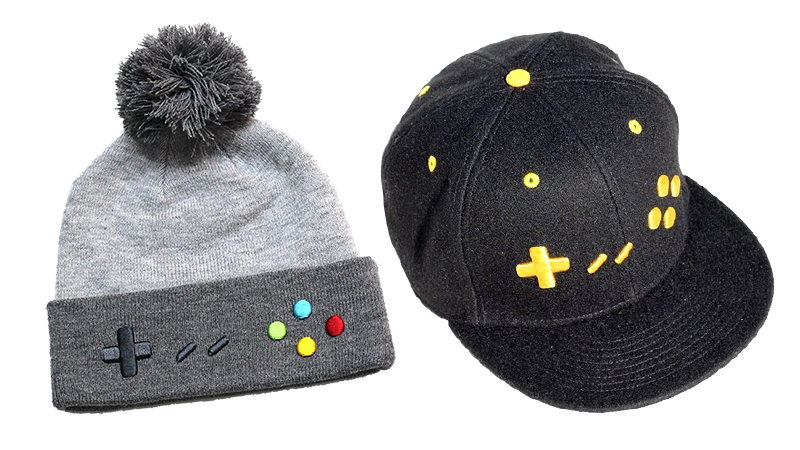 Gamer Hats has produced a variety of nostalgic hats that recall the 16-bit Nintendo era, including both beanies and snapback caps, featuring both American and Japanese SFC callbacks. The detail work is wonderful, but it’s the attractive and understated designs, focused on the old controller buttons and d-pad, which make these a worthy old-school crown. $39.00 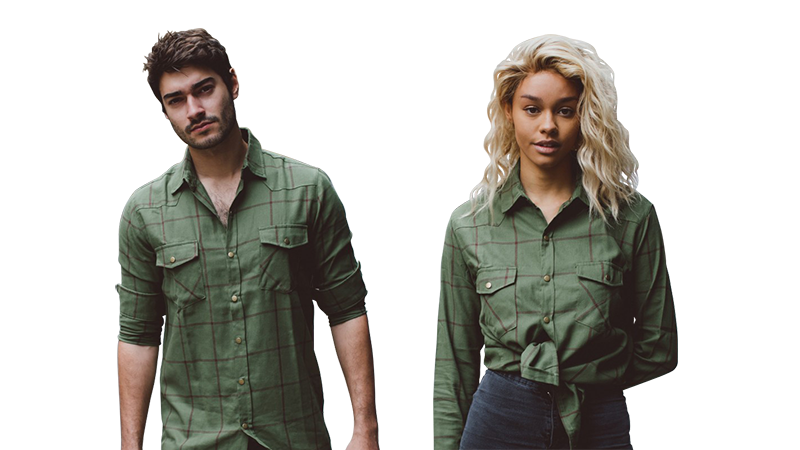 The Last of Us Part II – Joel’s Flannel

Insert Coin specializes in an impressive array of officially licensed gaming gear, including this attractive and subtle nod to everyone’s favorite adoptive dad. Thankfully, the shirt is modeled for how Joel looks prior to any ski-chalet visits. $50.61 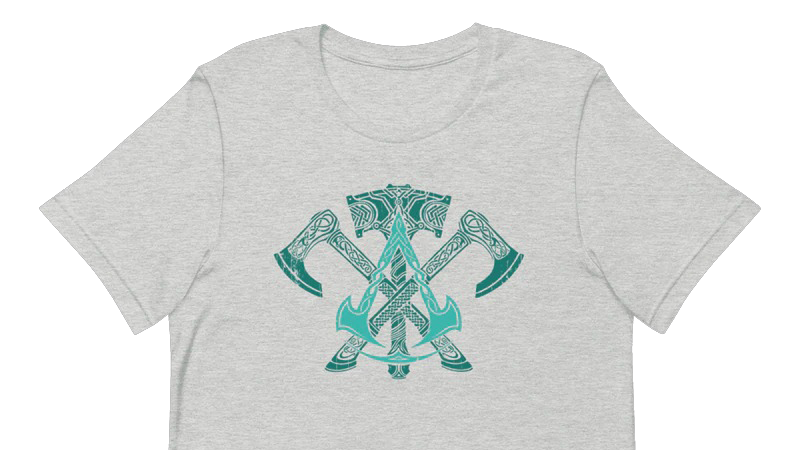 Available in a variety of neutral colors, these cotton t-shirts celebrate the Nordic designs of Ubisoft’s latest Assassin’s Creed offering. But unlike Eivor, the design isn’t going to beat you over the head to get your attention. $24.99 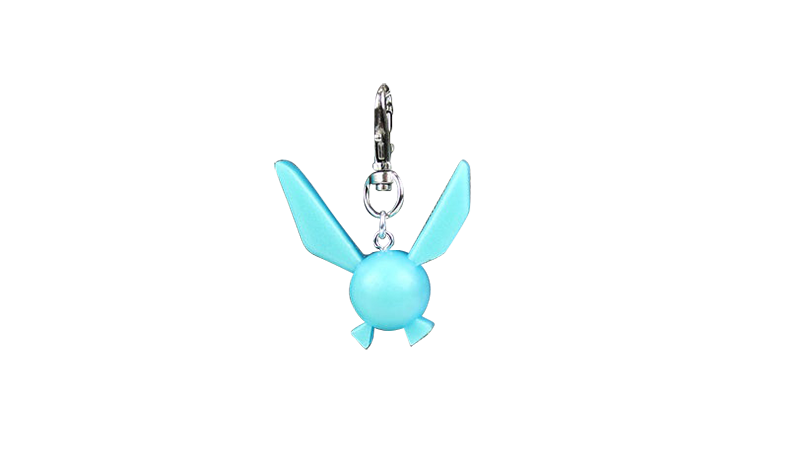 This Etsy shop focuses on game-oriented merchandise, including this attractive glow-in-the-dark keychain/necklace. It’s perfect to adorn your bag or jacket; if someone recognizes the little fairy, you can be sure you’ve found a fellow fan. $17.95

Glowing in the Dark by Django Django 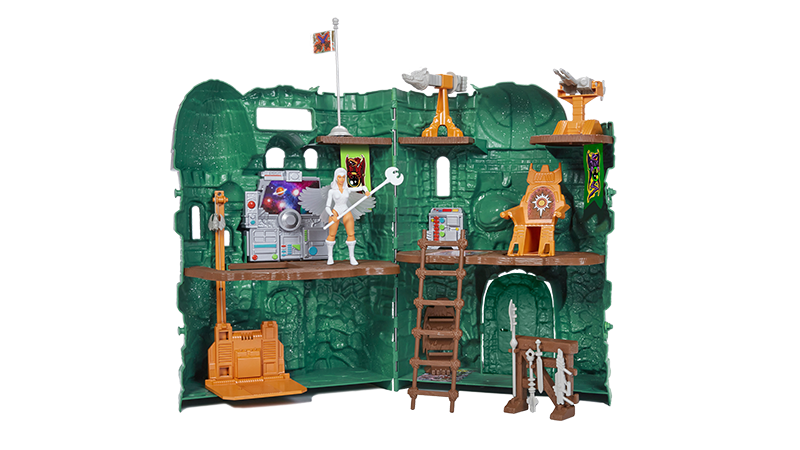 One of the most fondly-remembered playsets of the ’80s is getting an update. The Origins line pays homage while updating to modern standards, and the same treatment is on display for the iconic fortress, including a lowering drawbridge and that tricky trapdoor, as well as an exclusive version of the Sorceress. $74.97 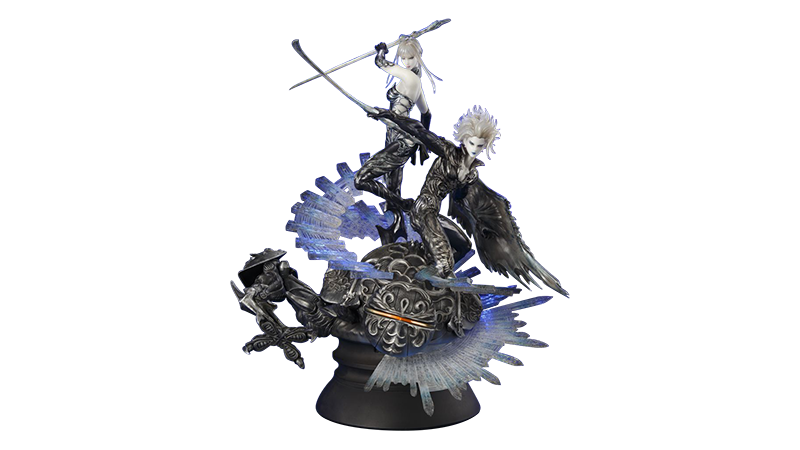 While this lovely new collectible from Square Enix recalls the Omega fight in Final Fantasy XIV, the overall aesthetic recalls some of the earliest franchise artwork created by Yoshitaka Amano. The intricately detailed statue captures the sensation of battle in mid-strike, and the silver color detail makes for a striking presence on any RPG fan’s shelf. $229 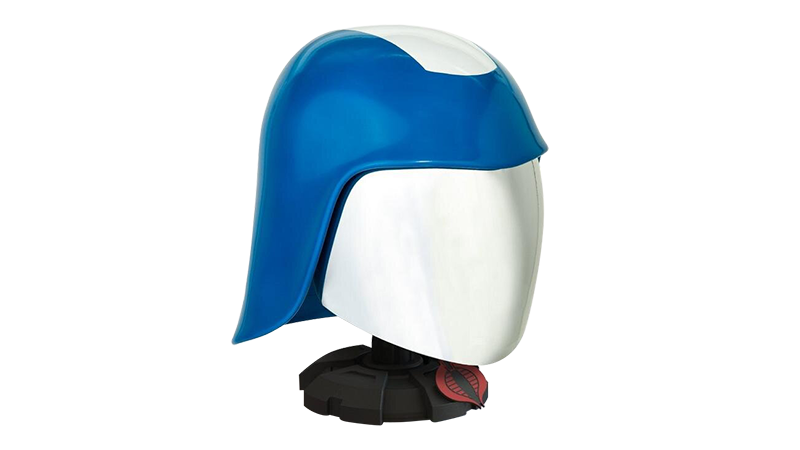 Modern Icon’s replica helmet is a 1:1 clone of the infamous cartoon villain’s headgear. The piece can be displayed on the included stand, but is also fully wearable for your next costume outing, with a see-through chrome visor that ensures you won’t trip and fall, thereby ruining your bad guy reputation. $119 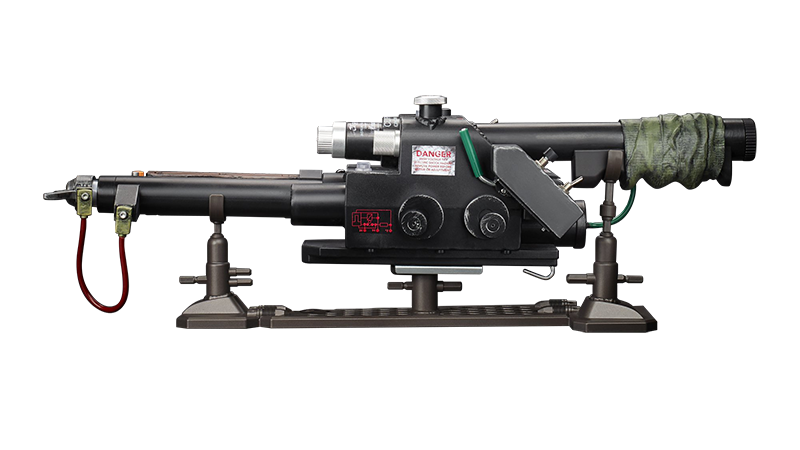 Plenty of lookalike objects replicate familiar weapons and other items from favorite movies, but we were especially impressed with the detail and features of this Ghostbusters wand, which has a ton of different sound, lighting, and motion effects that call back its filmic origins, and may tease its upcoming film appearance in Ghostbusters: Afterlife. LEDs and sounds replicate specific “modes” like the proton stream or meson collider, and there’s even a motor for vibration effects. In between ghostbusting runs, the included stand keeps it steady and display-worthy. $99 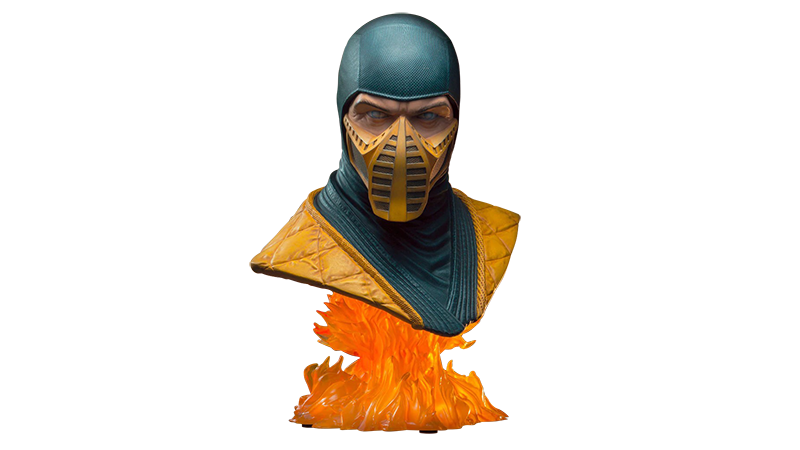 Diamond Select has impressed us with its recent line of 3D busts, and this take on Mortal Kombat’s kunai-flinging ninja is especially striking. Inspired by the character’s earliest game incarnations, his head and shoulders sit atop an attractively translucent flame base. Modeled at half-scale, he’s big enough to look imposing, but not so large that you’ll be waiting for him to shout at you: “Get over here!” $175 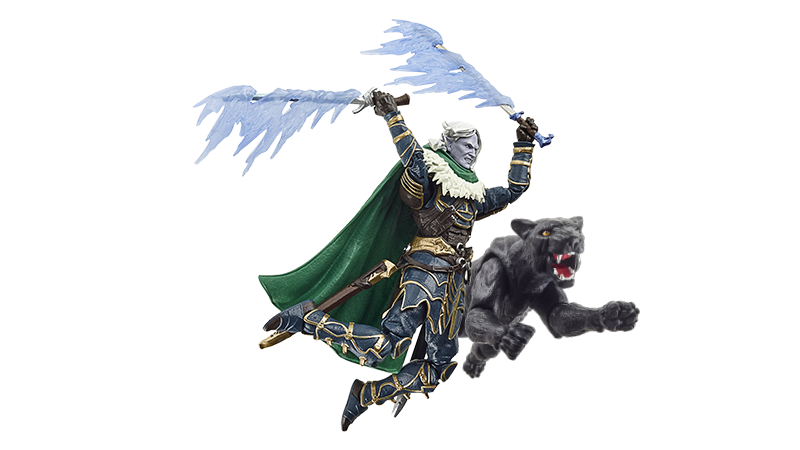 The most famous of dark elves is also Hasbro’s first foray into a six-inch scale figure from the Dungeons & Dragons fiction. The Forgotten Realms ranger comes with dual scimitars and two distinct heads, but the real prize is the presence of Drizzt’s longtime cat companion; she features good articulation to set up some fun paired battle poses with her friend. Here’s hoping we see more from the line; Elminster, anyone? $39.00 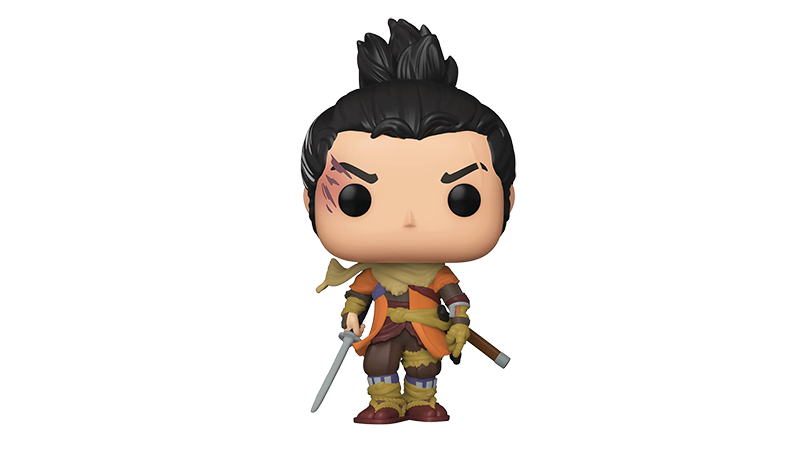 With its POP! collectibles, Funko has stretched its familiar styling into innumerable franchises and properties. That’s great for some of the big collections, like Harry Potter or DC Comics, but it’s awesome that POP!’s also embraces smaller lines for fan-favorite games or movies. The Sekiro fig stands alone, but ably captures the spirit of the skilled shinobi. $11.00 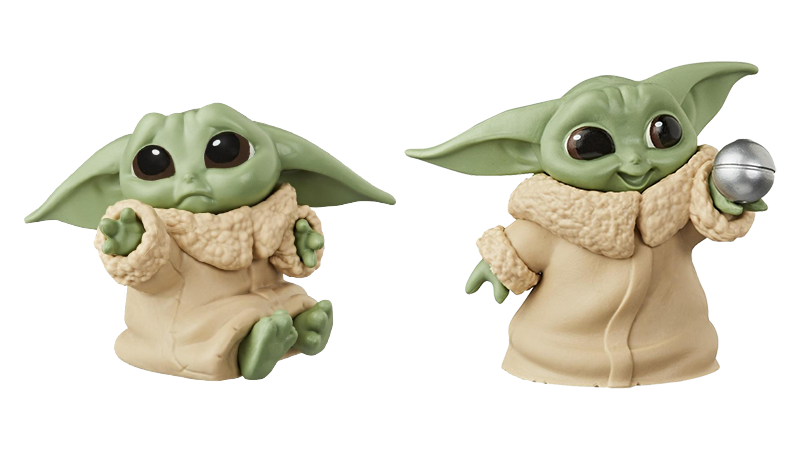 We all know the real star of The Mandalorian, and now you can collect six distinct and adorable poses for the little guy – a perfect way to share a love of the fan-favorite character with a new Star Wars fan. The 2.2-inch scale figures are small, but feature lovely detail and sculpting. $7.99 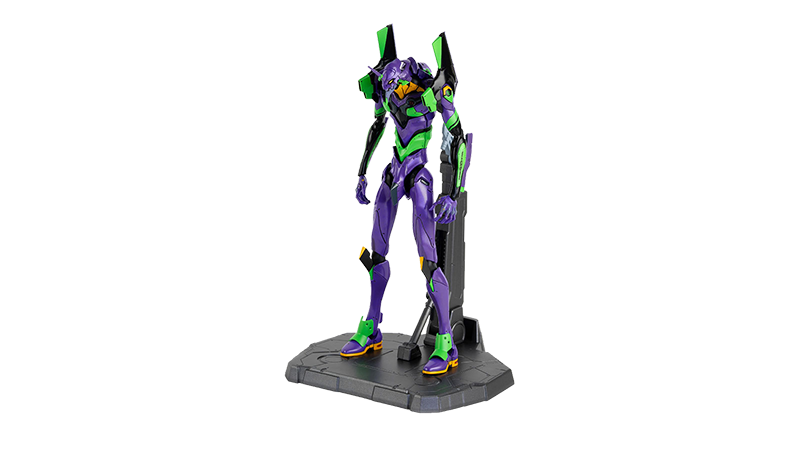 Modeled on the massive mecha as it appeared in Evangelion: New Theatrical Edition, the Test Type-01 stands nearly ten inches in height and features 48 points of articulation, enabling some especially impressive posing. In addition to a variety of weapons, the figure includes a number of accessories to let you display moments from the film, like entry plug options, and an umbilical cable. In an especially cool twist, some of the green areas and eyes employ glow-in-the-dark paint applications, letting the figure shine even when the lights are out. $128

The Invisible Life of Addie Larue

The Art of Ori and the Will of the Wisps

Full disclosure: GameStop is the parent company of Game Informer