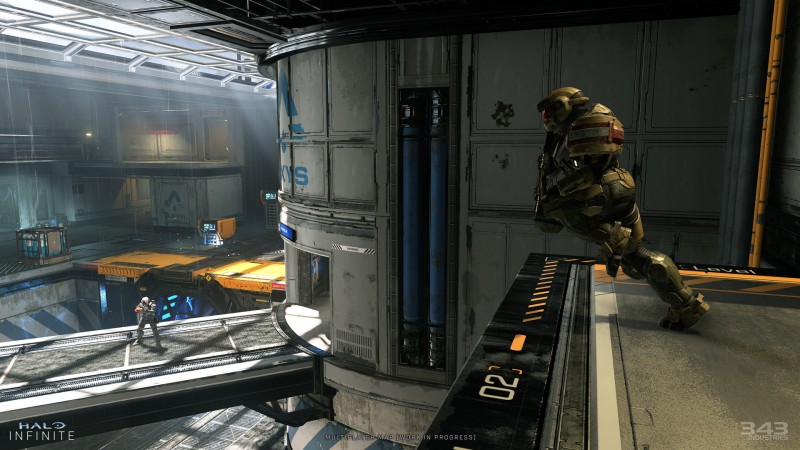 What do you do when you need a unique sound? Smash some pianos, apparently. At least according to the team over at 343 Industries. In a new video, the studio revealed how Halo Infinite devs smashed a piano to smithereens in order to make some unique sound effects. Oddly enough, this isn’t the weirdest thing done to get game audio, but here we are.

Have you ever been so mad you just wanted to break something? I can’t speak for others, but I’ve definitely been there before. If you’re like me, definitely watch the video below, because it is incredibly satisfying:

In the above footage, the team can be seen getting their audio goods via getting a little smash-happy with hammers and other blunt objects. But it wasn’t just a blind smash and grab, the team also shared how they used a subwoofer on the piano itself before the destruction began in order to use it like a resonator. Then it got a little weird…

To get more than just the normal sounds one would expect from the destruction of an innocent piano just minding its own business, the team also put dry ice on various parts of the broken piano in order to produce sounds described as “singing, bellowing, screeching, and everything in-between.”

That’s definitely going to be my excuse next time. No, I’m not angry, it’s art.

But the latest blog post wasn’t just about smashing pianos and creating audio art, it was also revealed how the team tackled other sound desires as well. In the most recent Halo Waypoint blog post, audio director Sotaro Tojima was joined by a few other key members of the dev team to talk a little more about this part of the creationary process.

“We started gathering and evaluating player feedback right after shipping Halo 5,” said Tojima. “Our entire team went through all of the feedback, discussed each item in-depth, then set about defining our audio goals for Halo Infinite.

“We received a variety of great feedback and suggestions, but the highest-level takeaways for us, and our key goals for Halo Infinite, are ‘re-capturing the legacy essence of Halo’ and ‘strengthening the excitement and impact of Halo’s combat.’ With those primary goals established, our team has been passionately working to deliver on our vision as our partner teams around the studio have been bringing Halo Infinite to life.”

The team also completely revamped how they approached the sounds surrounding in-game weapons, especially when firing off particular guns. “Let me share one example to explain how our team tried to achieve that,” Tojima said. “There are many gun sounds in our game – multiple enemies, teammates, and players are constantly firing weapons. In our past Halo titles, we handled each gunfire’s listening-volume purely by distance. So, all gun sound volumes were exactly the same if they’re originating from the same distance. As a result, we had too many loud gun sounds constantly overwhelming a player, which made it very difficult to detect true threat position.”

He added, “The new Halo Infinite audio system detects all gun sounds frame by frame, and prioritizes them in a threat order to decide output sound volume for each gun. With this mechanic, if a gunshot is aimed at the player, the sound will be louder, and if it’s not aimed at a player or if it’s a teammate’s gunfire, the sound is still audible but quieter. then you could hear only threat sounds clear. With the cleaner audio feedback, the player can ascertain the appropriate threat to make the right action quicker and more accurately, which results in a more immersive and exciting combat experience in Halo Infinite.”

There is a lot of “new” happening with the audio design of Halo Infinite, but that doesn’t mean that it’s all unfamiliar. Based on feedback, the team has resurrected a few OG experiences, including the original Master Chief shield sounds.

That latest blog post is honestly one of the most fascinating ones to-date, more so for those interested in sound design and the development process. To learn more, including exactly how the team took to design roadblocks, you can check out the full blog post right here. You can also learn more about Halo Infinite, including the latest rumors, with our game hub!