Hot off the heels of Epic Games and Hasbro’s recent partnership renewal, the toy-maker has unveiled The Foundation Zero Crisis Edition figure. The hot toy is available for pre-order now and should be a fine addition to the Fortnite fan in your family. Or just you. This is probably going to be for you.

The Foundation was introduced at the end of Fortnite Chapter 2, Season 6 when it and Agent Jones sealed the Zero Point in a tower during the Zero Crisis finale. The Foundation serves as leader of the interdimensional group known as The Seven and may or may not be a robot. Regardless of what it is, we can probably all agree that it makes for a cool action figure. 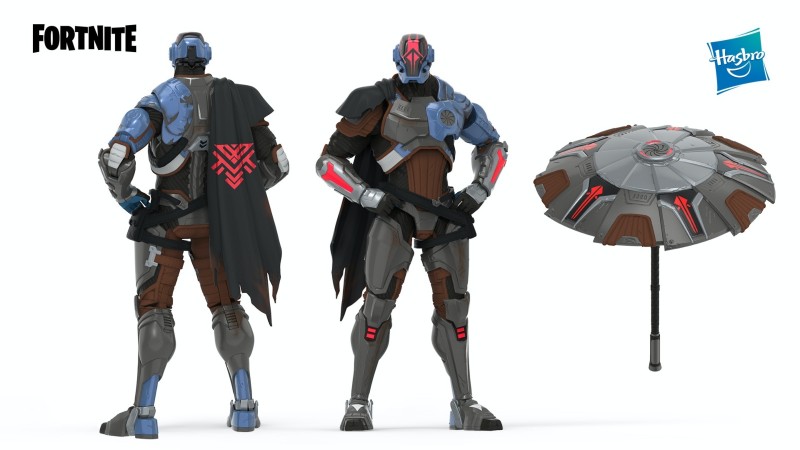 The Foundation figure stands at 6 inches, features premium details, has 20 points of articulation, and sports attachable black cape. It also comes with a Foundational ‘Brella Glider for you to simulate those opening drops from the bus. The Foundation is the first in a special collection of toys based on The Seven from Hasbro’s Victory Royale Series line. Because of this, The Foundation comes in special packaging exclusive to The Seven figures.

You can pre-order The Foundation: Zero Crisis Edition figure exclusively at Hasbro Pulse for $39.99. The figure is slated to become available in April 2022.

In other Fortnite news, Epic Games wants to know which franchises you want to see enter the battle royale next. You can read the list of options players can choose from here. The series has already announced the latest franchises to join the fray will be Lara Croft from the Tomb Raider series as well as a special Rocket League event.

Will you be picking up The Foundation: Zero Crisis Edition figure? Let us know in the comments?

2021-03-26
Previous Post: GI Picks – Five Things To Do Outside Of Games This Weekend
Next Post: Loot River Is A Roguelike That Tests Your Spatial Block Tactics