How Base Building Saved No Man’s Sky 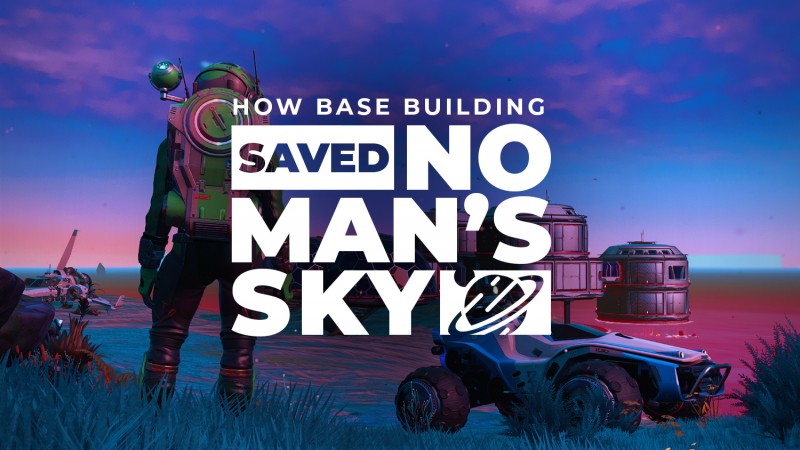 We all know the story of No Man’s Sky and its unlikely resurgence. A title that, through the perseverance of Hello Games, came back from the ashes after numerous marketing blunders threatened to abbreviate its lifespan. But have we ever looked back to see exactly how Hello Games changed the course of No Man’s Sky? Sure, the game’s 14 major content updates are largely to thank for its comeback, but when did the atmospheric space title turn it all around? Is there a specific update that we can point to and say, “Yeah, that’s the moment everything changed?”

Fans and critics alike credit the game’s multiplayer update, No Man’s Sky Next, as its saving grace, however, I’d argue that the game’s early problems didn’t stem from the lack of an online player count, but instead were the product of an incomplete exploration loop. Why should I explore? What’s driving me to continue cataloging the depths of space outside of my own curiosity? Hello Games had to find the answer to these questions before they could ever hope to bring their game back from the dead.

And luckily, they did.

Despite the immense changes that No Man’s Sky has undergone since its release, the mission the game presents to its pilots is still the same today as it was back in 2016: embark on a journey across the stars, chart new planets, and uncover the mysteries of an alien universe. Only this time, they had a place to call home.

Hey, I’m Alex Van Aken from Game Informer, and this is how base-building saved No Man’s Sky. If you enjoy this video essay, be sure to watch Associate Editor Jay Guisao’s essay on The Weight of Departures and Reunions in Final Fantasy 7 Remake. Curious what score Game Informer awarded the original version of No Man’s Sky? Read the game review here.