How to Trigger a Shortcut With Siri on iPhone

One of the most convenient things about Shortcuts on iPhone is that they can be launched using only your voice—thanks to the power of Siri, Apple’s AI assistant. Here’s how to do it.

To launch a shortcut from Siri, you’ll first need to have at least one shortcut on your iPhone. To create shortcuts, you use the Shortcuts app, which has been included with every iPhone since iOS 13. You can also receive them from others if they have been shared via iCloud.

RELATED: What Are iPhone Shortcuts and How Do I Use Them?

To launch a shortcut using Siri, you simply say the shortcut’s name. So if necessary, launch the Shortcuts app and change any shortcut names you want to use into something that’s easy to say. The shortcuts need to have names that are not the same as reserved Siri commands (such as “Play the next song” or “What time is it?”). 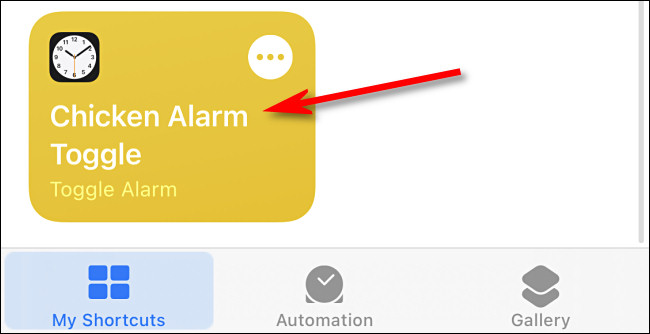 Next, launch Siri by pressing and holding your side button (or Home button on older devices), or say “Hey Siri” if you have that feature enabled.

When the Siri bubble appears, speak the name of the shortcut you’d like to launch. If it’s recognized, Siri will execute the shortcut immediately, and you’ll see a confirmation message on the screen. 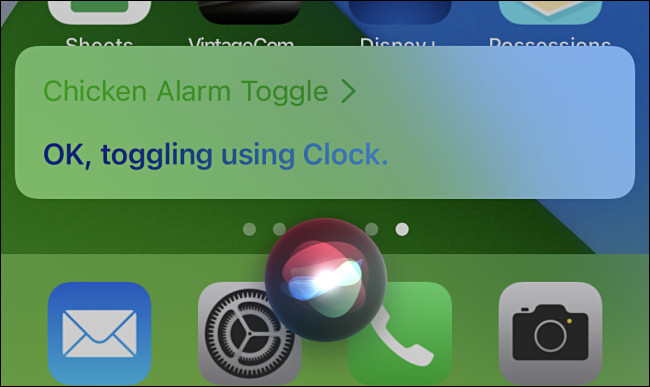 If you try to launch a shortcut from the lock screen, Siri will ask you to unlock your phone to continue. Once it’s unlocked, the shortcut will execute. Very handy!