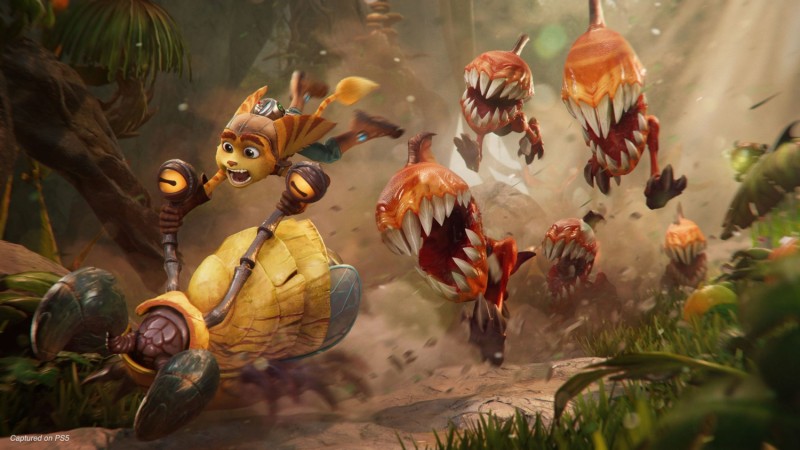 With a new PlayStation State of Play slated for later this week that will show off over 15 minutes of new Ratchet & Clank: Rift Apart gameplay, the upcoming Insomniac game is front and center this Monday morning. In addition to a brand new trailer for the latest Ratchet adventure, the team also offered a preview of the exclusive armor sets that are a perk of the Digital Deluxe Edition.

When the Digital Deluxe Edition for Ratchet & Clank: Rift Apart was first revealed, it was shared that it would include five armor sets exclusive to this version of the game. Now, we’ve got our first look at what those armor sets actually look like, which you can seen below: 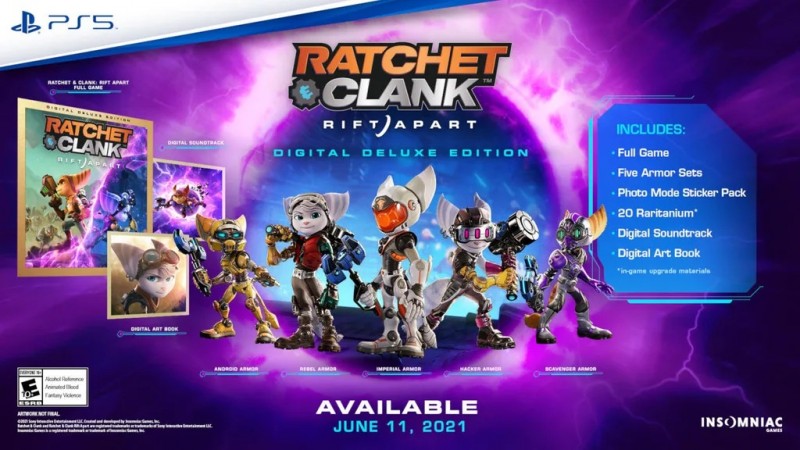 As seen above, the Digital Deluxe Edition will include the base game, a Photo Mode sticker pack, 20 Raritanium (in-game upgrade materials), a digital soundtrack, a digital artbook, and the five armor sets seen above. The five sets include the Imperial, Android, Scavenger, Hacker, and Rebel suits. They look sleek, but that Android is giving me serious Titanfall vibes for some reason, so that’s the one I’m looking forward to the most.

Additionally, Insomniac shared three tracks from the Rift Apart soundtrack, including one that is an ode to the new central area of Nefarious. You can listen to those below:

PlayStation · Ride Through The Omniverse

Excited for more Ratchet & Clank: Rift Apart? Be sure to check out the State of Play going down this Thursday. You can learn more about that right here with our previous coverage.

Thoughts on the five new suit sets revealed with the Ratchet & Clank: Rift Apart Digital Deluxe Edition? What about the newest Insomniac adventure as a whole? Sound off with those hot takes in the comment section below!