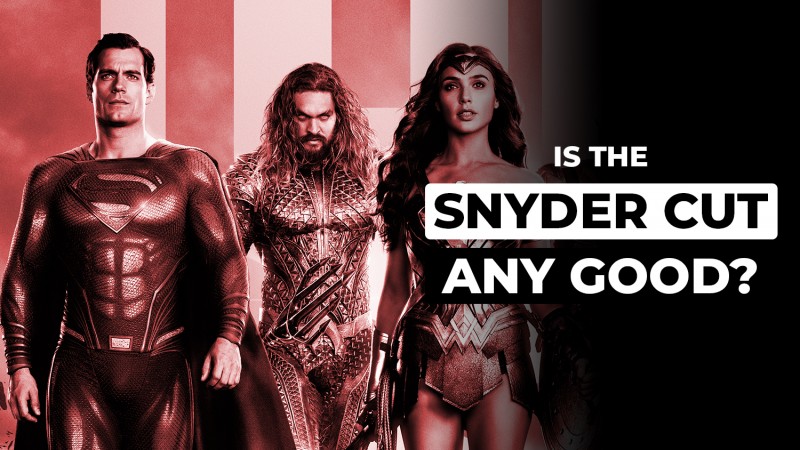 These days, it feels like you can’t wake up without seeing something new about a superhero property. Whether you’re a fan of Marvel movies that will finally get their release in 2021 or are anxiously awaiting the return of the Batfamily to your PlayStation or Xbox, fans of powerful do-gooders and tight spandex have a lot to keep up with.

One of the wildest stories to watch, though, has been the tale of Zack Snyder’s original cut of the Justice League movie. Through an exuberant social media campaign, the superhero-savvy director got the chance to finally finish the film he started long ago before he had to leave the project because of a tragedy that befell his family. Flash forward to today, and fans are finally getting to see the fruits of that labor. But now that we can cut through the hype and excitement…how is it?

Look no further for the answer, friends. Join Liana Ruppert, Marcus Stewart, and Alex Stadnik (hello, friends) as they discuss their time watching all four hours of the infamous Snyder Cut and discuss what they liked, disliked, and what they think the future holds for the director’s cinematic universe.

We go into full spoilers for the film, so if you’re waiting to watch the movie until this weekend, be sure to bookmark the page and come back after you’re done. We promise you it’s worth it.

What did you think of Zack Snyder’s cut of the Justice League movie? Be sure to let us know (respectfully) in the comments below what you thought of the new version of the film.

If you want more video games in your Snyder Cuts, be sure to check out Marcus’ list of all the iconic titles he’d want to see the original vision of, including Bioshock 2, Resident Evil 4, and more!

2021-03-19
Previous Post: Curse Of The Dead Gods Review – Roguelite Lesson In Greed And Corruption
Next Post: Every Playable Character In Marvel’s Avengers