Magic: The Gathering Turns To A Life Of Crime In Streets Of New Capenna, Coming Later This Month

The newest Magic: The Gathering set brings Planeswalkers to a whole new plane and the bustling city of angels and demons called New Capenna. The city is run by five families, each with a demon at the head of the table, controlling various aspects of the metropolis’ economy. Streets of New Capenna harnesses the golden-age feel of the roaring ’20s full of glitz and glamor juxtaposed by a nefarious criminal element, all vying for control of a mysterious magical substance called Halo.

The story, which you can read in full on the Magic: The Gathering website, centers around the Planeswalker Elspeth, who is sent to New Capenna’s plane by Ajani Goldmane to find out if this is where she originates from. There, she becomes curious about why only demons remain in the city when angels also helped build New Capenna. While attempting to solve this quandary, she meets Giada, a teen who has some sort of connection to the Halo substance every crime family wants to get a hold of.

Also on this plane are Vivien Ried, the green-centered Planeswalker who wields a powerful weapon called the Ark Bow, and the demon Ob Nixilis who is escalating tensions and conflicts between the families of New Capenna by hoarding his own separate stockpiles of precious Halo.

The Crime Families Of New Capenna

New Capenna is run by five demon-run crime families, each with a specific role to play within the city. All five families use three colors of the Magic color pie, allowing for individuality in the roles they all play in the city and on the battlefield. All five families have a new mechanic that supports the theme fitting how it operates within New Capenna. 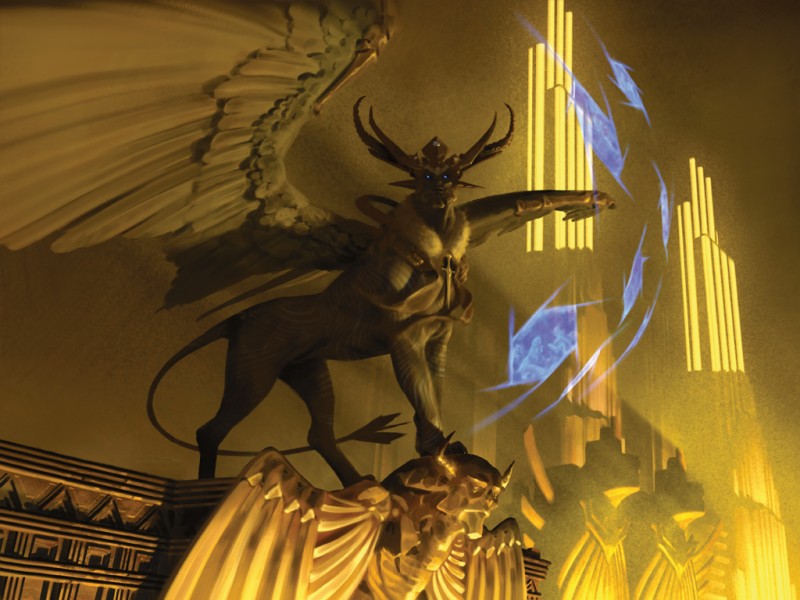 A faction built by wizards from Old Capenna, the Obscura are mystics and fortune-tellers who control the flow of information in New Capenna.

Mechanic – Connive: Draw a card, then discard a card. If you discard a non-land card this way, put a +1/+1 counter on this creature. 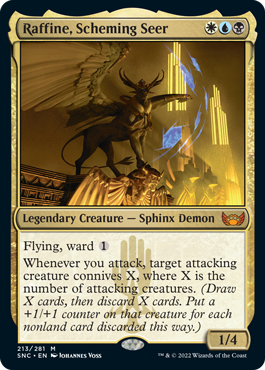 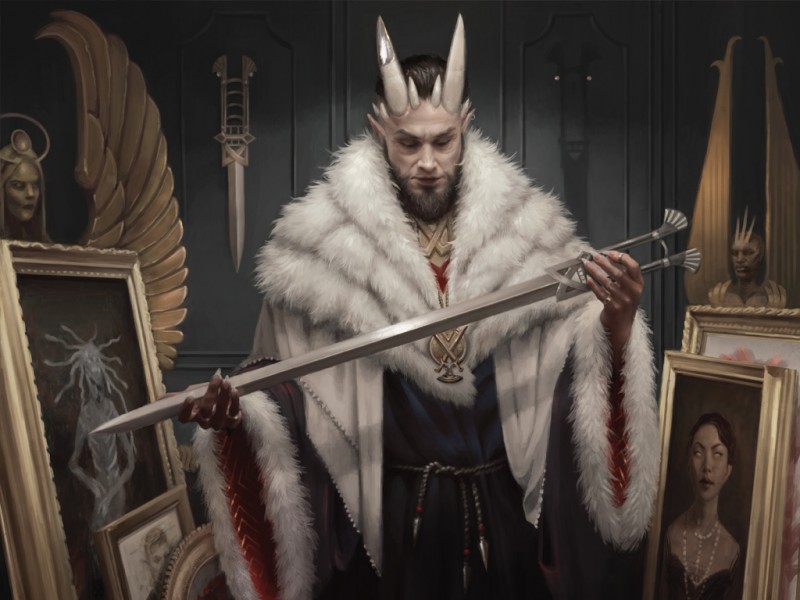 The former aristocrats of Old Capenna, the Maestros are a family of vampires who deal in professional assassinations. They also collect and curate, acting as archivists for the past of New Capenna, while keeping that same history of the city hidden in the shadows.

Mechanic – Casualty (N): As an additional cost to cast this spell, you may sacrifice a creature with power N or greater. When you do, copy this spell. 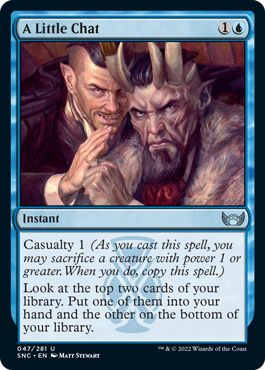 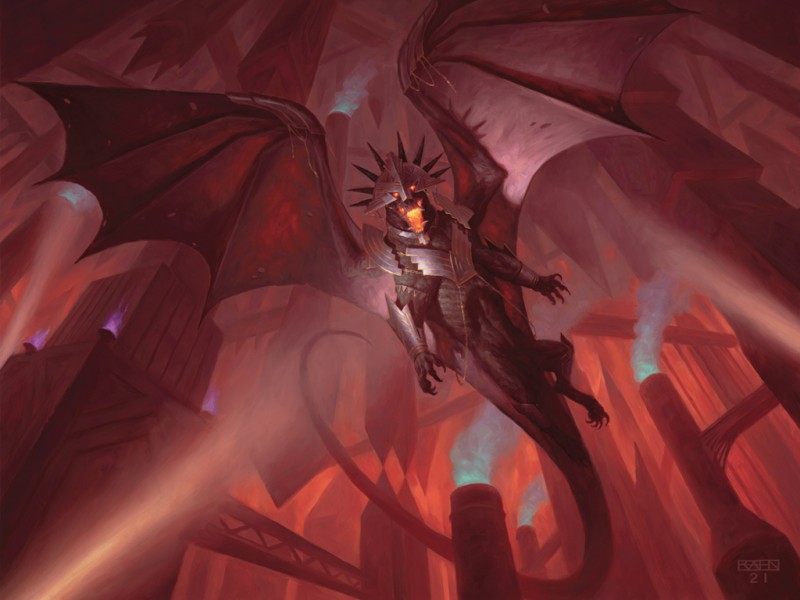 The Riveteers are a crime family that’s in charge of much of the manual labor in the city of New Capenna. This faction can build, tear down, and rebuild the city at the drop of a hat. Built on the traditions of a union of workers, the Riveteers value strength in numbers, loyalty, and mutual support.

Mechanic – Blitz: [Pay a cost] If you cast this spell for its blitz cost, it gains haste and “when this creature dies, draw a card.” Sacrifice it at the beginning of the next ends step. 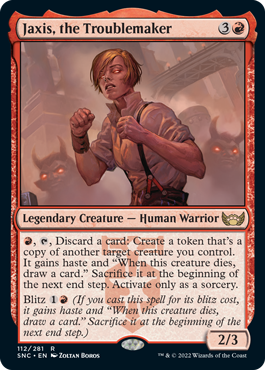 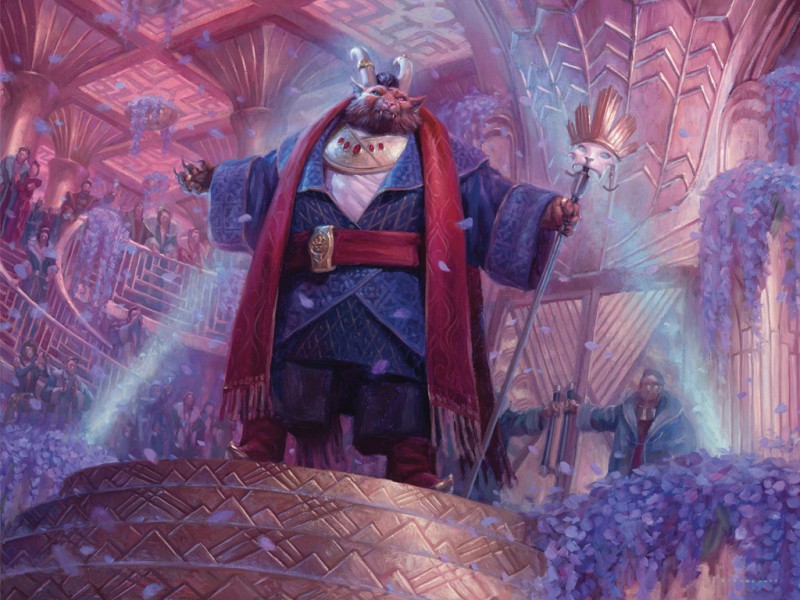 Parties and celebrations are what the Cabaretti do best, originating from druids and bards from the times before New Capenna flourished. They control the popular culture of the city, from parties to entertainment venues and restaurants, the Cabaretti can and will prop up those they like, and make sure others fall from favor in the public eye.

Mechanic – Alliance: Whenever another creature enters the battlefield under your control, [an effect happens]. 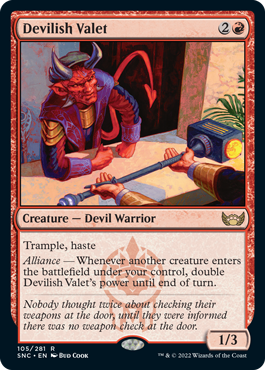 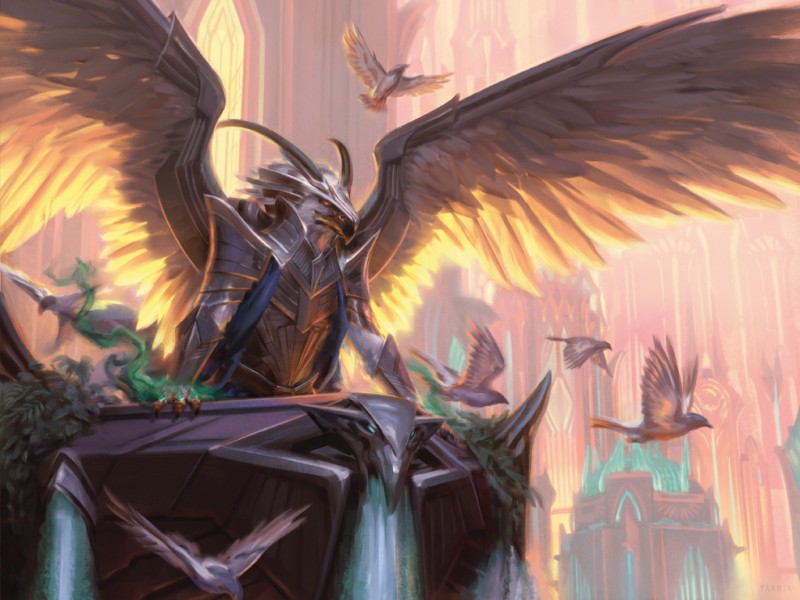 Acting as the legal-like element of New Capenna, the Brokers utilize a form of contract protection. Formed from the paladins of Old Capenna, they uphold a somewhat false veil of New Capenna having a set of rules and order. With this facade in place, the Brokers keep an unsteady peace between the five families in the city.

Mechanic – Shield Counters: If a creature with a shield counter on it would be destroyed or dealt damage, remove a defence counter from it instead. 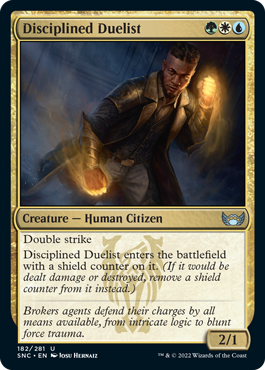 Hideaway X – When this permanent enters the battlefield, look at the top X cards of your library, exile one face down, then put the rest on the bottom in a random order. When you meet the condition on this permanent, you may play the exiled card without paying its mana cost. 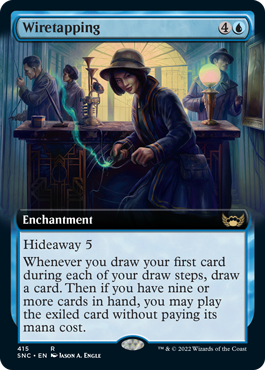 Cycling – [Pay a cost and discard this card]: Draw a card.

Like most other recent sets like Kamigawa: Neon Dynasty and the fall 2021 Innistrad Sets, Streets of New Capenna is full of alternate art and alternate frame treatments to spice up collecting the set and giving players the choice of which art they’d like to sport in their decks. Borderless alternate art cards and extended art variants return in the same places as before. Here are the new treatments for New Capenna: 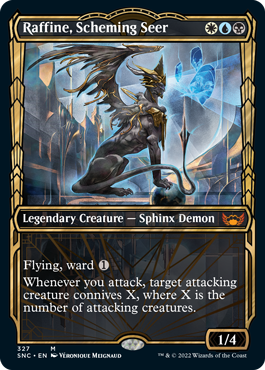 Skyscraper Frame (Found In Draft, Set, and Collectors booster products Used only on 10 lands in the set) 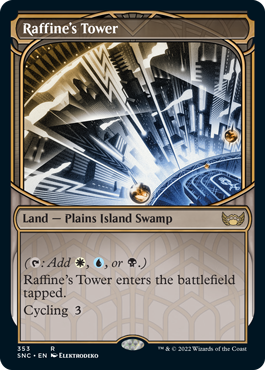 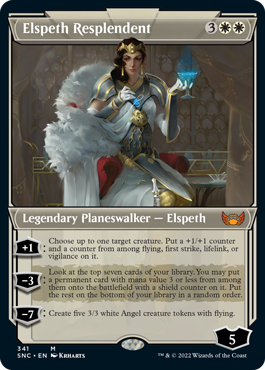 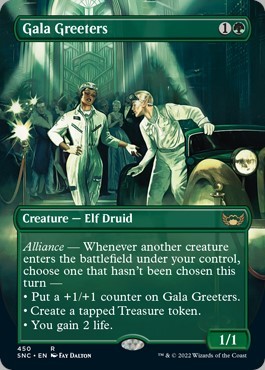 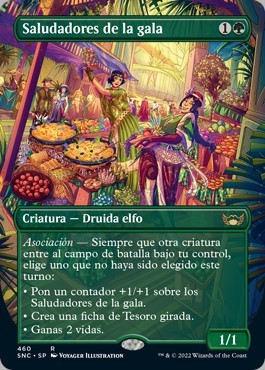 Unique to Streets of New Capenna is Wizards’ take on the box topper, a promotional card that comes in every booster box. Gala Greeters, which you can see above will be the sole inclusion, though every language and region will have their own version of Gala Greeters, making this card an international collectible.

Streets of New Capenna’s release is a little different this time around, for the better in my opinion. Tabletop prerelease will take place on April 22, a week before the release of the set on digital platforms. New Capenna will be available on Magic: The Gathering Arena and Magic Online on April 28, with the full paper release the next day on April 29.

2022-04-07
Previous Post: LEGO and Epic Team up to Build the Only Metaverse That Matters
Next Post: The Latest Microsoft Edge Update Cuts RAM and CPU Usage with a Neat Trick