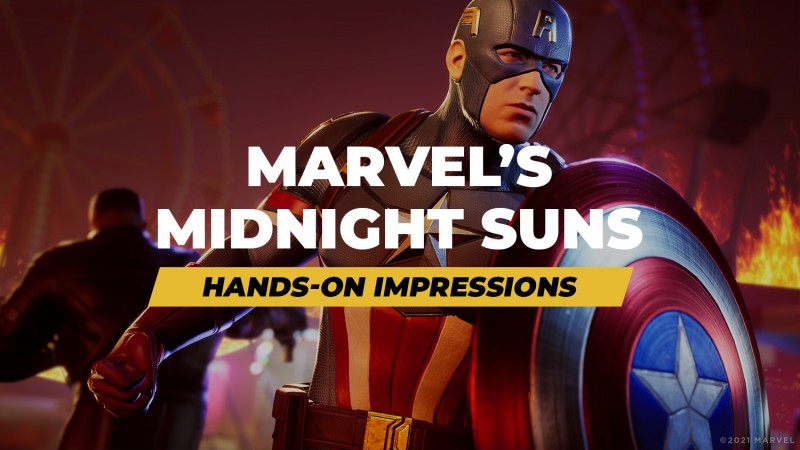 Marvel’s Midnight Suns looks to be an outlier in a world where superheroes typically occupy third-person action games or open-world adventures. The latest game from developer Firaxis games is a tactical RPG that pulls from some of the lesser-known corners of Marvel while also allowing players to step in the shoes of a wholly original character in The Hunter. But how will players be controlling some of Earth’s Mightiest Heroes?

Join Ben Reeves, Brian Shea, Alex Stadnik, and Alex Van Aken in a podcast pullout from this week’s Game Informer Show as our panelists discuss their hands-on time with the game! We dive into a ton, including the newly announced card system players will use to save the world.

According to our time with the developers, Midnight Suns pulls from other card games such as Slay The Spire for inspiration in combat. Players will get a preset, randomized deck of cards to draw from as they work around the battlefield and defeat countless Hydra goons and iconic villains. The combat mechanics are new to those who have come to the Firaxis team from their work on XCOM, but there’s plenty of strategy and nuance to the encounters that we detail in the video above.

We also go in-depth on The Abbey, the game’s hub. This mythical safehouse is where players will get to interact with the likes of Iron Man, Dr. Strange, and more to boost their relationships and upgrade The Hunter’s abilities. If you’ve ever played Mass Effect, think of the Normandy sections, and you’ve got a pretty good idea of what we’re talking about.

Are you excited for more Midnight Suns? Be sure to keep it looked to Game Informer over the next few weeks for exciting new looks at the game, and check out our current looks at who the titular characters are, and our newly-announced cover reveal!