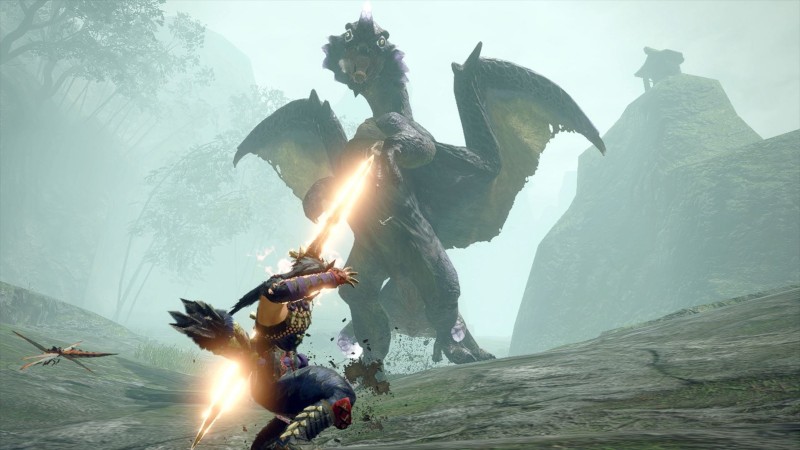 Monster Hunter Rise gets a big title update today officially dubbed Ver. 2.0. No, it’s not focused on squashing save-crippling bugs. This is the fun kind of update that adds a wealth of new content for players to dig into, including epic new monster hunts against Elder Dragons and Apex creatures.

The best thing you could ever want from these games is getting more monsters to hunt. Surprise, you do! Players can now take on Elder Dragons Kushala Daora, Teostra, and Chameleos. If that’s not enough, Apex Rathalos and Apex Diablos have joined the fray as well.

Ver. 2.0 also adds the option to battle existing Apex monsters outside of Rampage quests. Speaking of which, Magnamalo will now appear in the Rampage quest rotation.Players can now forge layered armor, and the Hunter Rank cap can be unlocked when certain conditions are met.

Capcom states that new event quests will arrive after today’s title update that can be downloaded and played offline. There will also be new cosmetic items including voice options, stickers, gestures, and layered armor.

As you’ve probably noticed, the trailer reveals that the next update, Ver. 3.0, arrives at the end of May. Meanwhile, fans still have Monster Hunter Stories 2 to look forward to in June if Rise hasn’t given them their fill of monster-hunting goodness.

Monster Hunter Rise has been a big success for Capcom, selling over 5 million copies as of the beginning of April. In our review, editor Jay Guisao noted that while the game doesn’t do a ton to evolve the formula compared to its predecessors, it’s still a strong and familiar outing for established fans. You can check out the full review here.

Have you enjoyed Monster Hunter Rise, and have you kept up with it since launch? Let us know in the comments!