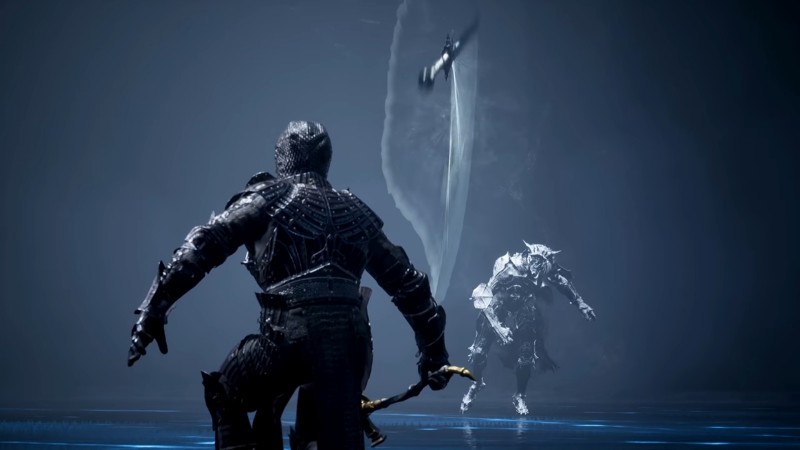 Mortal Shell served as a solid offering to Souls fans when it launched in August 2020. The game bleeds Dark Souls through and through, but features a unique twist by allowing players to take control of various bodies to use in combat. In a similar manner, the game has found new platforms to inhabit: the PlayStation 5 and Xbox Series X. Mortal Shell is coming to Sony and Microsoft’s new-gen consoles on March 4 (that’s tomorrow!). This upgraded edition introduces new visual and performance improvements to make an already respectable experience even better.

Mortal Shell: Enhanced Edition boasts upscaled 4K visuals with improved textures and targeted 60fps gameplay. The game also takes advantage of the DualSense’ haptic capabilities for greater immersion while cutting down all manner of monstrosities. Players will feel subtle sensations including heartbeats and whispers, as well as the haptic feedback of arrows and other projectiles whizzing by. The trailer below provides side-by-side comparisons between the original game and the Enhanced Edition.

Mortal Shell was an under-the-radar releases last year. It proudly (or shamelessly) wears its Dark Souls inspirations on its sleeves, featuring a largely similar combat and progression system and oppressive atmosphere. However, Mortal Shell separates itself with its soul-separating mechanic. Players control a fragile being who can inhabit and swap between various empty bodies, or shells, that essentially act as traditional classes. Dying once ejects you out of your shell, freezing time to provide a few seconds to jump back in. Die a second time, and you’ll be greeted by the Game Over screen. Players can also “harden” their shells to block and counter attacks. I personally enjoyed what I played of Mortal Shell, but didn’t finish it due to getting sidetracked with other games. Maybe I’ll finally dive back in with this new-gen upgrade.

If you already own Mortal Shell on last-gen platforms, you’ll be happy to know that upgrading to the Enhanced Edition comes at the low price of “free”. For newcomers, expect to part with $29.99 to purchase the game standalone.

Did you play Mortal Shell, and will you be looking into upgrading to the Enhanced Edition? Let us know down in the comments!