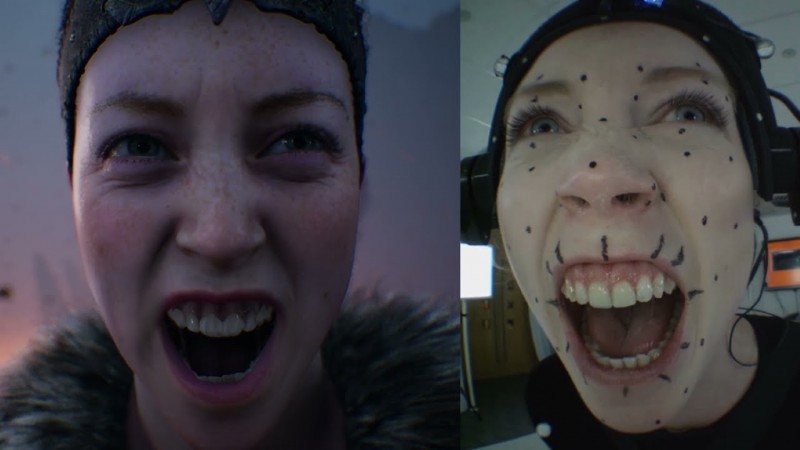 Senua’s Saga: Hellblade 2 was first revealed during the 2019 Game Awards, but news has been scarce since its big reveal. As Ninja Theory continues to work hard on the highly anticipated sequel, Senua actress Melina Juergens took center stage in a recent behind-the-scenes look at what it takes to make the sequel a reality.

Jeurgens took to YouTube to share an in-depth look at the combined efforts to make the continuation of Senua’s Sacrifice an experience to remember. Titled Diary of a Digital Hooman – Episode 2: Warriors in the Making, Juergens kicks off the video by talking a little more about what’s she’s been doing since the release of the previous game and how quickly Ninja Theory got started on making the sequel a reality. To do that, the actress went to work immediately to train in the art of sword fighting and how to be a “proper warrior.”

The latest video is an awesome look at some of the lesser-known aspects of the game development process and exactly how much work goes into bringing certain characters to life. For those interested in Hellblade 2, it’s an intriguing bird’s-eye view into the more creative aspects of the progression cycle.

When the first Hellblade was released on last-gen with the PlayStation 4, it was instantly hailed for its expertly crafted auditory experience, gut-wrenching narrative, and detailing of mental illness in a way that was respectful while still telling a story. Because of that, it’s no surprise that the sequel’s confirmation brought a lot of fan excitement.

We don’t have any release information at the time, but we do, at least, know that Senua’s Saga: Hellblade 2 is currently in active development for both Xbox Series X and PC.

What are your thoughts on Senua’s tale and the latest inside look at development on Hellblade 2? Sound off with your thoughts in the comment section below! You can also watch episode one of her digital diary in the video below: