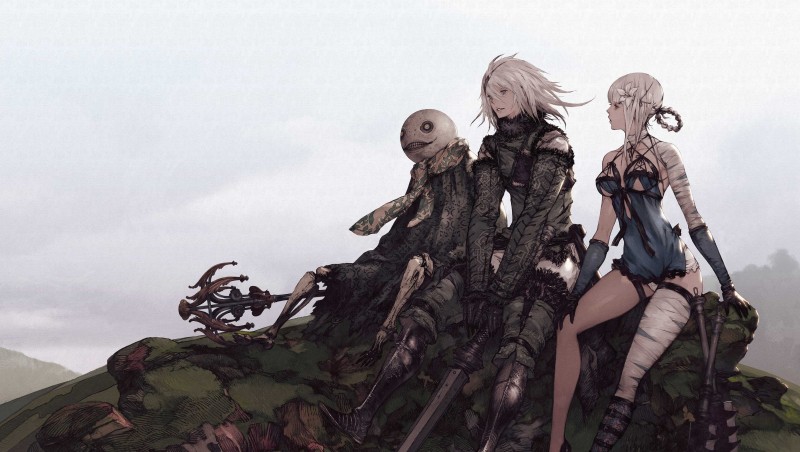 Nier Replicant’s bleak world is over a decade old (the original Nier released in 2010), and yet its morbid commentary on human frailty still resonates. This bittersweet narrative is supported by enhanced character models, satisfying hack-and-slash mechanics, and a haunting soundtrack that spins a riveting tale of its own. At the same time, outdated features that made the original game tedious to play remain present, and that’s because Nier Replicant is neither remake nor remaster of that 2010 title. Creative director Yoko Taro prefers the term “version upgrade,” and this moniker fits perfectly – for better and for worse.

Fans will immediately notice Nier: Automata’s influence; Replicant’s combat is simple and flashy. A new lock-on camera makes parries and evasive maneuvers much easier to perform, but light and heavy attacks remain your bread and butter. Chaining combos with an array of different weapons or executing incapacitated foes emerge as the fastest ways to win engagements. Fancy animations, like midair twirls and slow-motion ground slams, made the melee action feel exciting enough for me to actively seek out clusters of adversaries of my own volition.

A repertoire of dazzling magic truly brings these barren battlefields to life. You can equip two abilities at any given time, so experimentation is key. I usually paired Dark Whirlwind – which conjures spinning, crimson blades to deal AoE damage – with Dark Blast’s rapid-fire bullets so I could always stay on the offensive. You can also give commands to your companions, but other than outright ordering them to disengage from time to time, I never noticed any changes in their behavior.

You need these mystical powers to survive because the world is dying. Small settlements dot the countryside where umbral monsters called “shades” rove in packs. What’s more, a mysterious disease is slowly eating away last vestiges of civilization. The withering state of humanity is far more personal for you than anyone else: Yonah, your little sister, is slowly succumbing to a plague called the Black Scrawl. Strange runes continue to spread across her flesh as you venture into the wilds to find a cure. But you’re never alone. A floating tome named Grimoire Weiss, a kind-hearted boy named Emil, and a foul-mouthed, scantily clad warrior named Kainé accompany you throughout the far reaches of the continent. Together, you brave stormy deserts, dash along the beaches of seaside towns, and scour spooky mansions to save Yonah. Hard-hitting story beats like generational trauma and the cycle of hatred offered thrilling surprises that left me in emotional shambles on multiple occasions.

I also loved Nier Replicant’s quirky cast, and this extends beyond the main crew. Conversations that you strike up with characters are filled to the brim with profound, albeit campy, sentiments. Side missions give narrative flavor to an otherwise bland game world, but I wish these tasks had more variance as most amount to forgettable fetch quests. Additionally, in contrast to your gorgeously realized party members, all the NPCs are poorly textured. Because of this, the emotional stakes and resolutions of side missions fall flat. It’s hard to relate to a character when their facial features are practically indiscernible.

Shades are the most common enemy you encounter during your travels. They strike in mobs, but don’t be fooled by their numbers; they’re pushovers, save for the high-tier damage sponges that spawn in the late game. Shade attacks are considerably easy to anticipate and counter, making their constant ambushes more annoying than anything else. Boss fights, however, are fun sequences that push your mechanical skills to the limit, forcing you to quickly react to a flurry of magical and physical attacks, often, at the same time. Atmospheric choruses coupled with the visual smorgasbord of blood and sword-sparks makes each of these tense confrontations memorable.

It’s too bad that strengthening your equipment to comfortably clear these battles is less enjoyable. Combat mods, called Words, drop from slain shades and can be slotted into weapons or magic abilities for permanent buffs. You can also collect raw materials scattered throughout each location and exchange them for upgrades. Both options (especially the latter) require hours of monotonous grinding, backtracking, and luck. At one point, I spent close to five hours in one location trying to collect enough “Eagle Eggs” to level up my favorite one-handed sword and spear. Harsh random number generators are common in RPGs, but Nier Replicant’s implementation makes for a frustrating exploration loop.

Despite some dated shortcomings, this “version upgrade” is more than the sum of its parts. Novel design choices like camera and genre shifts are as impressive today as they were more than 10 years ago. Main characters are dynamic with their own interesting backstories, and the plot is as deliciously devastating as you’d expect. Nier Replicant might not convert players that were turned off by the original or Automata, but there are more than enough quality-of-life updates and story-centric nuances to keep longtime fans and new initiates coming back for subsequent playthroughs. 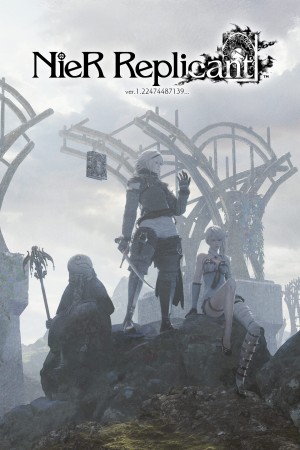 Concept: Fight alongside a band of oddball heroes to save your sister (and maybe even the world for good measure) from a relentless plague

Graphics: The protagonist and his friends look stellar in cutscenes, but in-game environments and NPCs are disappointingly drab

Playability: Combat is supremely satisfying because the controls are so easy to pick up, and the auto-sprint is a nice touch

Entertainment: You’ll spend most of your time going from Point A to Point B collecting materials for forgettable NPCs, but the main questline will keep you on the edge of your seat

2021-04-22
Previous Post: Watch The First 45 Minutes Of Returnal On PS5 – New Gameplay Today
Next Post: A New Battlefield Game Announced For Mobile, Next Full Game Teased Ahead Of Official Reveal