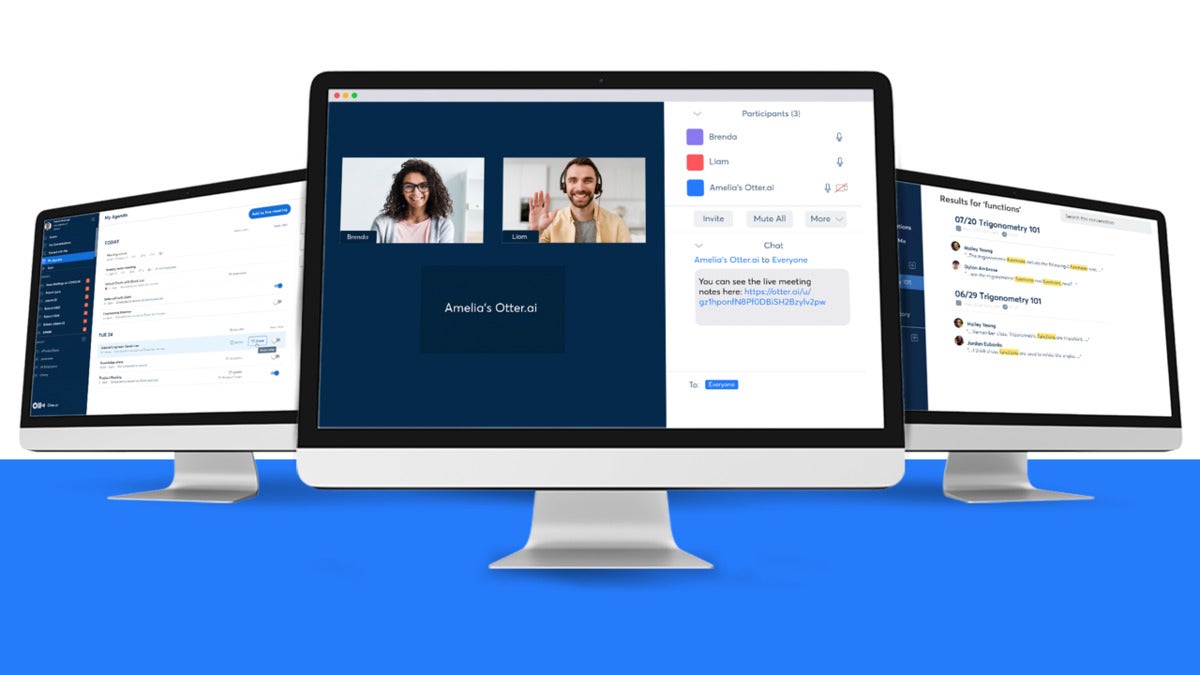 Available to Otter.ai Business users, the tool is designed to make video meetings more productive because participants can focus on what’s actually being said rather than taking notes. If participants are late, or need to step away, the automatically generated transcript keeps them from missing important information, the company said.

[ Related: How to make Zoom better with automated meeting transcriptions ]

Although most video meeting tools have transcription capabilities, these are typically limited to the host, said Dave Michels, principal analyst at TalkingPointz. Otter Assistant’s cross-app functionality offers an advantage for workers who switch regularly between video applications — a common occurrence over the past year with the rise in remote work.

“Otter solves these problems by being one app — that’s one UI and one app, and one repository,” said Michels.

While some workers this summer started to make a cautious return to the office, the shift toward hybrid workplaces and the rise in the Delta variant of the coronavirus is unlikely to mean a meaningful drop in online meetings anytime soon.

“It only takes one remote participant to justify the use of online meeting services,” Michels said in an interview earlier this year. “That’s exactly why we need to embrace products and services that make online meetings better and more efficient.”

Otter.ai co-founder and CEO Sam Liang, in an interview in May, said Otter Assistant works as a silent assistant, automatically joining meetings to take live notes that can be shared with all attendees. Otter Assistants appear on video calls as a separate muted and video-less participant from the individual running the tool, meaning all attendees can see the feature is running throughout the meeting.

“[Otter Assistant] is actually visible for everyone. The meeting host can see it, so it does provide transparency. It’s not like it’s secretly doing something without telling anybody,” Liang said. “In addition, it also posts a message in the chat box, providing an additional signal that Otter is taking notes.”

Liang adds that if the contents of a meeting are confidential — or participants don’t want it recorded — the host can remove the Otter Assistant in the same way you could remove any problematic attendee.

The issue of privacy has been a recurring concern for many videoconferencing platforms over the last year. Michels notes that while there has been some acceptance around meetings being recorded, Otter does not use in-app recording; the usual recording indicator is not on.

However, Liang stressed, Otter Assistant does notify participants through the Chat function and is clearly visible as a meeting participant. He also said users should always make their colleagues aware before a meeting if they plan to use Otter Assistant. “Otter would definitely encourage everyone to ask for permission,” he said.

Although the tool has been designed to automatically join meetings, Otter Assistant connects to both Microsoft Outlook and Google calendars, allowing users to go through their meetings and toggle the assistant on and off, depending on which ones they can attend in person.

In an Otter.ai YouGov survey of more than 2,000 remote workers in the US and UK, 35% said people should only attend relevant sections of meetings, while 26% said meeting notes should always be shared with attendees.

“Quite simply, [Otter Assistant] allows a Zoom user to be in more places at once,” Michels said when the company rolled out the feature in May for Zoom. “The transcript is available immediately, so there’s no dependency or delay associated with the host to send out the recording or transcript.”

He argued that meeting participants are becoming increasingly dependent on meeting transcripts, and it can be frustrating waiting for a host to send them out.

Post-meeting, Otter.ai’s web app, and mobile apps on iOS and Android, offer a choice of collaborative features — all of which aim to enhance business communication. Users can highlight, share, add images, search by keyword, and review a transcript after a recorded Zoom call.

“[Otter Assistant] democratizes personal assistants, and it should eliminate the need to ask a colleague to take notes when a conflict prevents someone from attending a meeting,” Michels said.