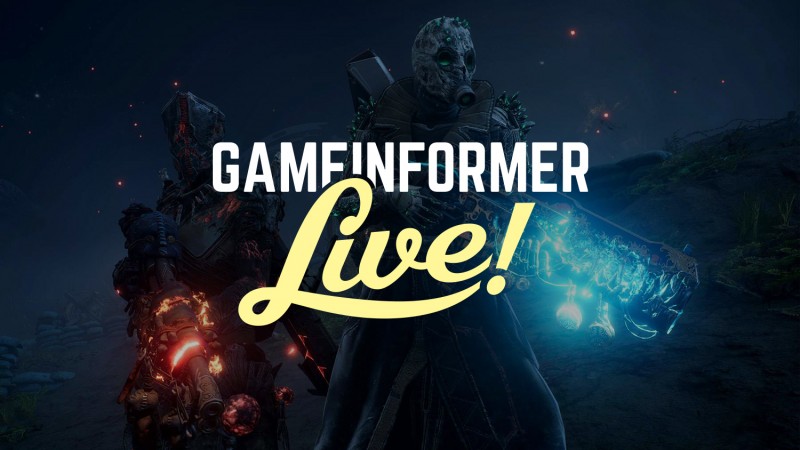 Outriders released this past weekend to positive reviews and is performing well thanks to its inclusion on the Xbox Game Pass roster. Join PC Editor Dan Tack for a special episode of Game Informer Live, wherein he dives into the Outriders endgame Expedition missions and shows off his tricked-out Technomancer build. The Technomancer is a class that specializes in long-range gameplay and servers as the game’s support role. If you play this class you’ll be able to utilize snipers, turrets, and toxic debuffs to slowly eat away at an enemy’s healthbar. We’re showing off an endgame Technomancer build that utilizes the Pestilence skill tree that focuses on damage-over-time abilities that can quickly dismantle larger targets and bosses in Outriders.

Not exactly sure which class you should play in Outriders? Be sure to check out this quick guide that will help you decide, which describes the Technomancer:

Technomancers control technology and can manifest weapons of destruction from thin air. This class is especially perfect for those that like engineering-based combat. It’s a flexible combat style that can be built as a crowd-control support character, damage-over-time monster, heavy ordinance blaster, or a hodgepodge of everything. This is the only class in Outriders that can heal teammates, which makes them great for teams running together.

If you’re looking for some advice to maximize your enjoyment while playing one of the game’s many classes, read our Outriders beginner’s guide that shares the top 10 tips you need to know. To watch more class-specific gameplay be sure to check out our video highlighting the Pyromancer or see some of Outriders’ legendary weapons in action.