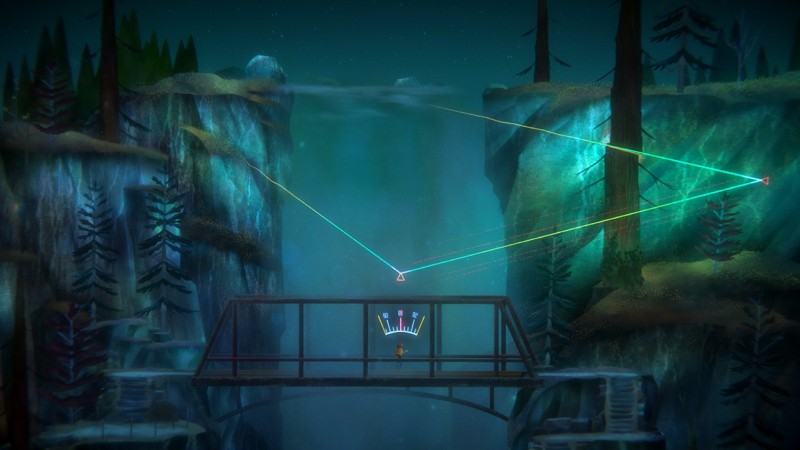 Nintendo’s Indie World showcase concluded with the surprise announcement for Oxenfree II: Lost Signals. The game is a follow-up to the 2016 original and sports a new cast, new story, but the same eerie weirdness.

Oxenfree II takes place five years after the events of the original. It stars Riley, an environmental researcher who returns to her hometown, Camena, to investigate the mysterious radio frequencies that are all too familiar to fans of the first game. We get a look at one of Riley’s companions and Edwards Island seems to make a return based on the premier trailer. The choice-driven dialogue that formed the core of Oxenfree will still play a big part in steering Oxenfree II’s narrative. Check out the spooky announcement video below.

“Words cannot begin to express how happy I am to finally talk about Oxenfree II: Lost Signals,” said Sean Krankel, co-founder and studio director at Night School Studio in a press release. “Oxenfree is such a special game to us, and it has been an incredible experience to revisit this world. We’re eager to welcome our players back while inviting newcomers to embark on an adventure with an entirely new cast of characters that retains the weird, heartfelt, and personalized experience of the original.”

Oxenfree II: Lost Signals launches this sometime this fall. We only know it’s coming to Switch and PC as other platforms have yet to be confirmed. For more on what to expect, you can read our review of the first game here. In between Oxenfree and Oxenfree II, Night School has released the supernatural comedy Afterparty as well as Next Stop Nowhere for Apple Arcade.

Did you enjoy the first Oxenfree and are you excited for the sequel? Let us know in the comments!