Pirate Simulator King Of Seas Arrives This May 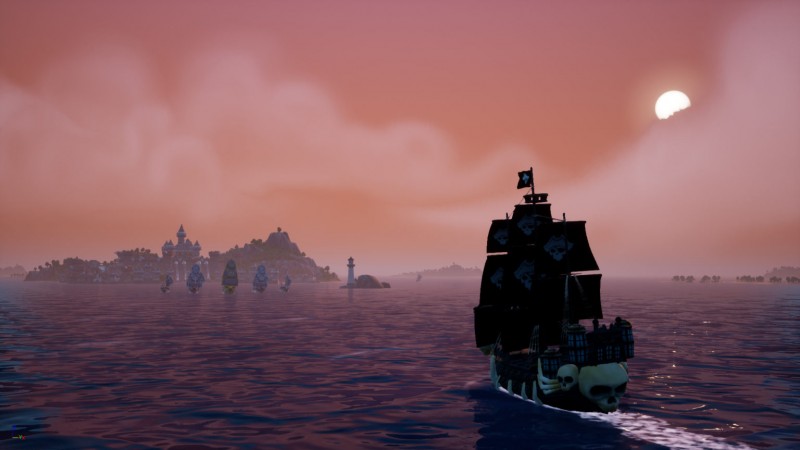 On May 25, you are invited to live a pirate’s life in King of Seas, an action/role-playing experience developed by 3DClouds and published by Team17 Digital for PlayStation 4, Xbox One, Switch, and PC. Drawing clear inspiration from the amazing Sid Meier’s Pirates! series of games, King of Seas puts you in command of your own pirate vessel to explore deadly procedurally generated waters for riches galore.

While you are free to explore the world and set sail in any which direction you desire, developer 3D Clouds says a series of quests create a narrative path forward that will introduce a variety of characters. The goal is to become the king of the pirates. If you veer off of this path and conquer territories, the game will adapt to your ways, changing the naval routes to make a more challenging playthrough.

Along with the randomly placed islands and threats, weather is also unpredictable, bringing storms and strong winds. The fog that blankets your path may also bring rival pirates that bring ship-to-ship combat and perhaps even the threat of a giant squid beneath the surface. The trailer above shows that a ghost element is also present in ships that glow and perhaps hold a crew of undead pirates.

As you fill your cargo hold with gold, you’ll be able to upgrade to one of five different vessel types and customize it to your liking. You can even put a giant shark on the front of it.

If you want to take King of Seas for a test drive before its May release, a short demo is currently available on Steam. You can download it here.

2021-04-14
Previous Post: Dcbel’s Charging Station Can Power Your Home from Your EV, Arrives in the U.S.
Next Post: A New Konami Game, Getsufumaden: Undying Moon, Is Coming To Steam And Switch