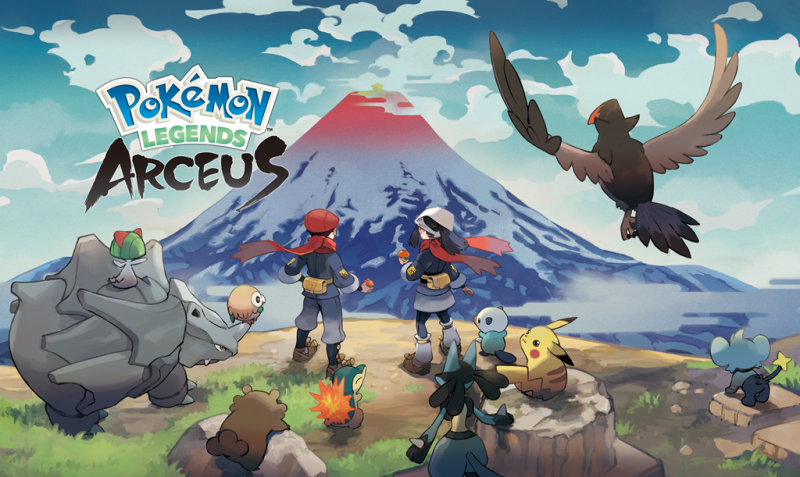 The Pokémon Company International dropped a few new release dates for fans to take note of concerning Pokémon Legends Arceus, Pokémon Brilliant Diamond, and Pokémon Shining Pearl. Releasing exclusively on Nintendo Switch, two of the upcoming Pokémon adventures will be making it in time just for the holiday season, whereas Pokémon Legends Arceus is dropping early next year.

First things first, Diamond and Pearl. Both titles are going to be launching on the Nintendo hybrid platform on November 19, 2021. Pokémon Legends Arceus will be releasing a few months later, on January 28, 2022.

But it’s not just new game releases that players can look forward to; the Gotta Catch ‘Em All company also confirmed that Pokémon Home is getting a new update coming soon with the “Catch Calendar.” This feature will allow players to view Pokémon registered to Home’s Pokedex from a variety of different angles. Kind of perfect with the recent release of Pokémon Snap with trainers getting in touch with their inner photographer and all. It’s all about angles, am I right?

For longtime trainers, Brilliant Diamond and Shining Pearl aren’t totally new experiences. Instead, they are “brilliant” remakes of the original Diamond and Pearl versions from back in 2006. While the Pokémon Company promises that the story from the original games has been faithfully reproduced, it does promise current-gen upgrades and revitalizing changes to the colors, the graphics, and other unique surprises when venturing through the Sinnoh region.

For those craving a brand new adventure, Legends Arceus is where it is at. This game takes the Pokémon name even further into the realm of RPG adventures. Players will be tasked with going out into the wild and complete this region’s very first Pokedex. Legends aims to tap into the wild adventurer within trainers, giving a new way to experience a beloved franchise.

What do you think about the three Pokémon adventures on the way? Any particular one you’re planning on scooping up first? Sound off with your thoughts in the comment section below!

2021-05-26
Previous Post: How to Disable the Apple TV Keyboard Notification on iPhone and iPad
Next Post: DreamsCom 2021 Returns, An Entire Gaming Convention Set Within The Game ‘Dreams’