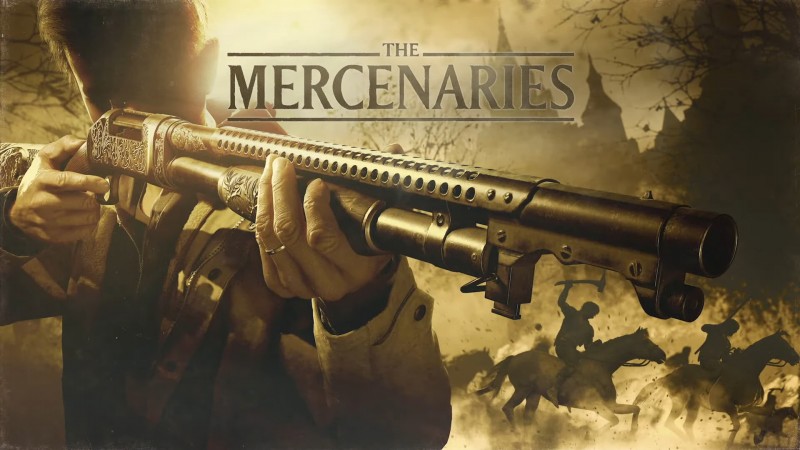 The Resident Evil Showcase is already off to a great start. A new gameplay/narrative trailer gave some more background on Resident Evil Village’s two primary, explorable environments: the castle and the village. You’ll be able to explore those locations for a limited amount of time when the demo drops. But, in addition to the exciting base game, Director Morimasa Sato revealed a highly-requested, classic Resident Evil mode for fans to sink their teeth into: “The Mercenaries.”

For newcomers (and potentially veterans of the series that may have forgotten about it), The Mercenaries is an arcade-style game mode that highlights speedy action over the more slow-paced, atmospheric pacing of the campaign. Players must reach the goal in a specific arena within the allotted time limit while surviving the onslaught of terrifying creatures. Of course in exchange for running this challenging gauntlet, you’ll get some cool rewards.

Sato also stated that there will be new features added to The Mercenaries that’ll shake up its age-old gameplay loop. Now players will be able to access the shop while playing The Mercenaries. You’ll collect money while mowing down the creatures you encounter. In between each area, you’ll be able to purchase weapons, consumables, and other equipment to help prepare for the following engagement(s). You’ll also be able to customize your weapons’ power, rate of fire, reload speed, and ammo capacity levels.

Perhaps the most exciting new feature (well, it is for me!) coming to The Mercenaries are the equippable power-ups/abilities that’ll be littered throughout the arenas you explore. Try increasing your handgun damage to wipe out enemies much faster or amplify your movement speed to prioritize clearing time checkpoints. Maybe you’d prefer playing the long-game by tanking damage instead; do whatever fits your style the best.

Resident Evil Village launches on May 7 for PlayStation 5, Xbox Series X/S, PlayStation 4, Xbox One, and PC. Earlier this week, we announced that Village is gracing the cover of our upcoming magazine. You can head here for all our exclusive coverage on the game.