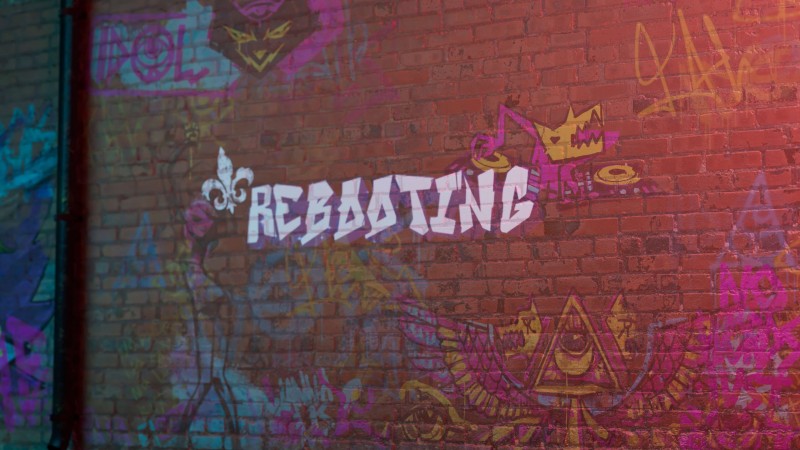 With the summer game season in full swing, the game industry is looking to Gamescom next week to provide the next big announcements from studios. A newer tradition of the show traditionally held in Germany is Geoff Keighley’s Opening Night Live event that kicks off the Gamescom with all kinds of new trailers and reveals. Keighley took to Twitter this morning to give a tease from his event, and this one may excite some fans of a certain galaxy-hopping crime organization.

Keighley’s tweet (see below) features a short video of a brick wall covered in graffiti with the word “rebooting” at the center of the shot. Directly next to that word is a fleur-de-lis, an icon synonymous with the 3rd Street Saints, the titular gang at the center of the Saints Row franchise. It’s no surprise that we found Saints Row’s Twitter account has also been changed to show this image as its banner.

Let’s not struggle to connect the dots here: it looks like we’re going to see a new Saints Row adventure next week, and it’s very likely this entry will be a reboot. The last time we saw the Saints, they were tussling with aliens and toying with the idea of messing with time travel; certainly not the weirdest thing Volition has ever done. Not to mention Johnny Gat and his dealings with the forces of Heaven and Hell. So, while we have a lot of questions as to whether this will continue that timeline in some way, or be a full reboot, we’ll have to wait until next week to start getting those answers.

Opening Night Live starts on Wednesday, August 25 at 1 p.m. Central to kick off this year’s Gamescom. Keep an eye on Game Informer to check out our coverage of the biggest reveals of the show!