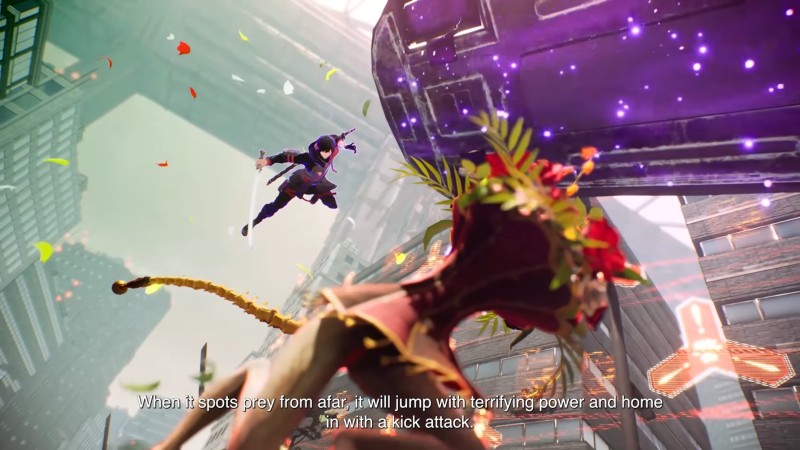 Scarlet Nexus finally arrives later this month. To get players primed and ready, Bandai Namco released a new explainer video that serves as an in-game synopsis of the game’s dual protagonists, the monstrous creatures known as the Other, the super-powered OSF, and more.

The eight-minute trailer dives into the history and abilities of Psionics, humans born with special powers. The world is being invaded by plant-like aliens called the Other, and the only ones that can stop them are the OSF, an elite military unit consisting entirely of Psionic individuals. Two of its members are Scarlet Nexus’ leads: Yuito Sumeragi and Kasane Randall. Both OSF soldiers share the spotlight but you can only play as one of them at a time. That means you’ll need to play Scarlet Nexus twice to get the full story. Check out the video below for a breakdown of each character’s combat styles in what’s likely the final big primer before the game releases.

Scarlet Nexus is being developed by Bandai Namco in a team consisting of designers who worked on Tales of Vesperia. That lineage shows due to the sharp anime aesthetic and fast-paced, action-oriented combat. You can watch us get our feet wet with Scarlet Nexus’ stylish combat in this recent episode of New Gameplay Today.

Scarlet Nexus launches June 25 for PlayStation 5, Xbox Series X/S, PlayStation 4, Xbox One, and PC. But why wait until then to play it? You can download a playable demo right now on PlayStation and Xbox consoles to try the game early. If you play the game and find yourself thinking “wow, this would make a really cool anime”, you’re in luck! That exact thing is currently in the works.

Are you looking forward to getting your hands on Scarlet Nexus? Let us know in the comments!