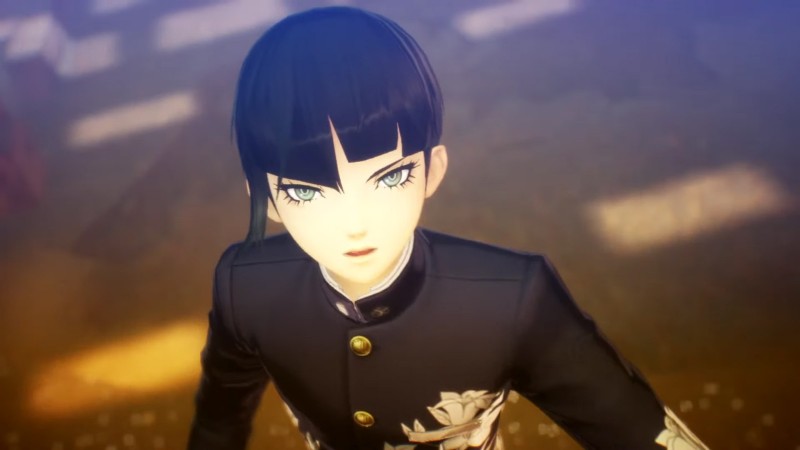 At today’s E3 Nintendo Direct presentation, we finally got a release date for Shin Megami Tensei V. On November 12, players can finally catch a collection of demons all over again. Save the world? Doom it to chaos? Create a bold new order of law? If the other Shin Megami Tensei games are any indicator, we’ll have many of the same systems and structures coming back for another go, this time on the Nintendo Switch.

The Shin Megami Tensei series is actually the parent franchise to Persona, which over the years became more popular. Shin Megami Tensei titles eschew the high-school time mechanics and relationship building of Persona and are more about hardcore dungeon crawling. Fans of Persona will recognize aspects similar to the Velvet Room with things like the Cathedral of Shadows, where players can collect, combine, and assemble a perfect demonic composition in order to take on challenging and often unforgiving battles. The difficulty level of Shin Megami Tensei games is often on the top end of JRPGs, which has led to a bit of a notorious reputation. Clever use of buffs, debuffs, and correct demons for the job makes things easier, but you can’t just mash the attack button to get through them in most cases.

Unlike Persona’s focus on hanging out with friends, dates, and finding your way through drama class, Shin Megami Tensei games often hinge on high-level philosophical and moral quandaries that let the player determine the outcome of a new world. Yeah, that’s pretty deep, but on the surface the games can be likened to a kind of demonic, occult Pokémon of sorts. If you like a lot of the demons in Persona, you’ll find a ton of them here in Shin Megami Tensei as well, from the adorable Jack Frost to… well, other things that ride chariots. I wonder if Mara will make an appearance in Shin Megami Tensei V.

It will be interesting to see if the Persona fervor fostered by the popularity of Persona 5 Royal and Persona V Strikers will carry over to the IP that started it all. I was a fan of Shin Megami Tensei IV: Apocalypse and I enjoy the sheer absurdity and weirdness that radiates from the franchise, it’s quite unlike almost any other game you’re likely to find today.

Are you going to give Shin Megami Tensei V a try? Do you wish it was coming to other platforms? Are you going to chat with demons to recruit them?  Let us know in the comments!

2021-06-15
Previous Post: Metroid Dread Announced For Switch
Next Post: Danganronpa Decadence Is A Collection That Finally Brings The Twisted Series To Switch