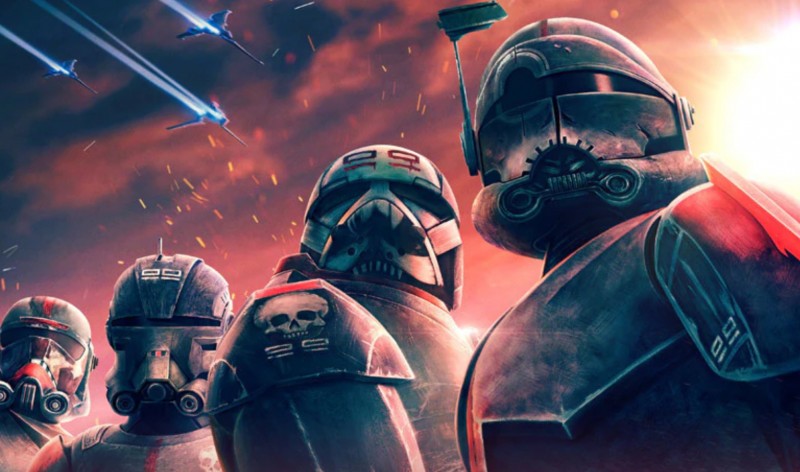 Following the successful return of Star Wars: The Clone Wars, Disney is continuing its hot hand in animation with Star Wars: The Bad Batch. This new ongoing series is created by Dave Filoni, who pretty much has a hand in all of the great Star Wars shows, including The Mandalorian and Clone Wars. The first episode of the season kicks off on Disney+ on May 4 (Star Wars day) with a lengthy 70-minute premiere.

The Bad Batch is another name for Clone Force 99, a team that fans have wanted to see more since their debut in a Clone Wars episode. In a new trailer, we see Tech, Crosshair, Wrecker, and Echo in action, and they are joined by two surprising cameos that bridge the gap between various Star Wars properties. All of these clones are voiced by the phenomenal Dee Bradley Baker, who gives each one a distinct personality. Their differences are what makes this group so much fun to follow.

Following the premiere, new episodes will air every Friday, and that includes May 7, so we’ll get double the dose of Star Wars viewing in that first week. Friday is quickly becoming a day to tune in to Disney+. The Falcon and the Winter Soldier also debuts new episodes on this day, so we’ll need to commit at least an hour-and-a-half of viewing to this streaming channel.

Earlier this week, Disney announced the cast for Obi-Wan Kenobi, another Star Wars show that will be on the way in the future. And it’s just one of many shows that’s incoming. Before long we’ll be hearing more about The Book of Boba Fett, Ahsoka, Rangers of the New Republic, A Droid Story, The Acolyte, Lando, and Andor. If this slate of shows plays out like what we’re seeing from this year’s Marvel Cinematic Universe on Disney+, we’ll likely have a steady drip of new Star Wars episodes to watch almost every week over the course of a year.

The only thing I have to say to that is this is a hell of a time to be alive. Getting more from two of the greatest properties out there is a dream come true.