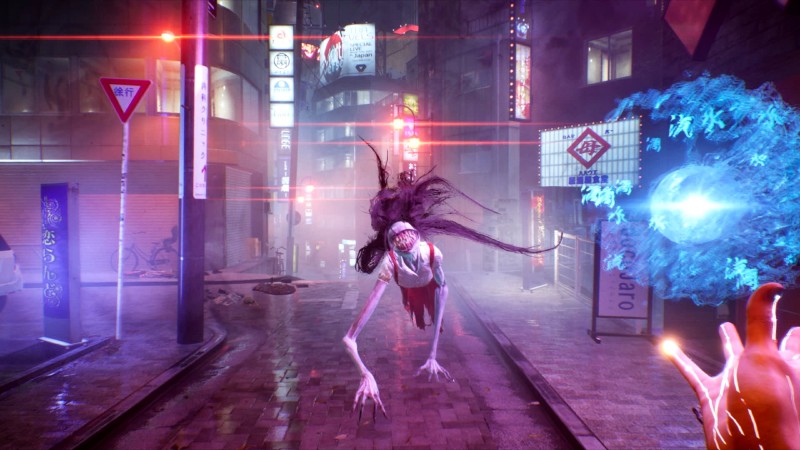 Tango Gameworks is currently celebrating the release of GhostWire: Tokyo, which is out on PlayStation 5 and PC today, but the studio is already preparing for future titles. Namely, ones that will showcase the studio’s strengths in genres other than horror.

In a new interview with Japanese gaming magazine Famitsu, former Resident Evil director and now Tango founder, Shinji Mikami, said he wants to change the image of Tango, as translated by Video Games Chronicle. He said that right now, he recognizes that Tango is seen as a studio that “specializes only in survival horror,” but that “we also want to be viewed as a studio that can create a wider variety of games.”

Mikami says it’s nice to have a reputation as a studio for developing good survival horror games – like The Evil Within 1 and 2 – but that in the future, Tango will be releasing more and more new games. It sounds like some of those games will break out of the studio’s survival horror mold, too. Mikami told Famitsu that The Evil Within 2 director, John Johanas, is working on a title that isn’t horror.

“John Johanas, who directed the DLC for The Evil Within and The Evil Within 2, is working on a completely new title that is the complete opposite of horror,” Mikami said. “It’s a really good game, so keep your eyes peeled.”

Elsewhere in the interview, Mikami explained that he doesn’t consider GhostWire: Tokyo a horror game. Instead, he says it is an “arcade-style action-adventure game.” The famed director also says he doesn’t want Tango to be exclusively focused on big-budget AAA games.

“First of all, we should produce a masterpiece every ten years,” he said. “Secondly, we want young people to create new games on their own. We also want to nurture good game creators. Although we are a studio that makes games, we also want it to have the aspect of a game school where staff can learn how to make games. We want to make it a place where you can grow as a creator and develop your skills and core while working from the bottom up.

“To be honest, it is quite difficult to train newcomers in a large team. I think the most effective way is to run several game development teams of several dozen people. In recent years, commercial considerations have meant that we have had to develop in large teams. However, thanks to the emergence of game subscription services over the past few years, we feel that it is now possible to make games on a smaller scale.

“It is possible to gain experience in a small team and then get involved in a big project. This way, we can make even better games and projects can proceed more smoothly.”

While waiting to see what Tango Gameworks is now developing, read Game Informer’s GhostWire: Tokyo review and then check out this story about the game’s six graphical modes on PlayStation 5.

Are you excited to play GhostWire: Tokyo today? Let us know in the comments below!