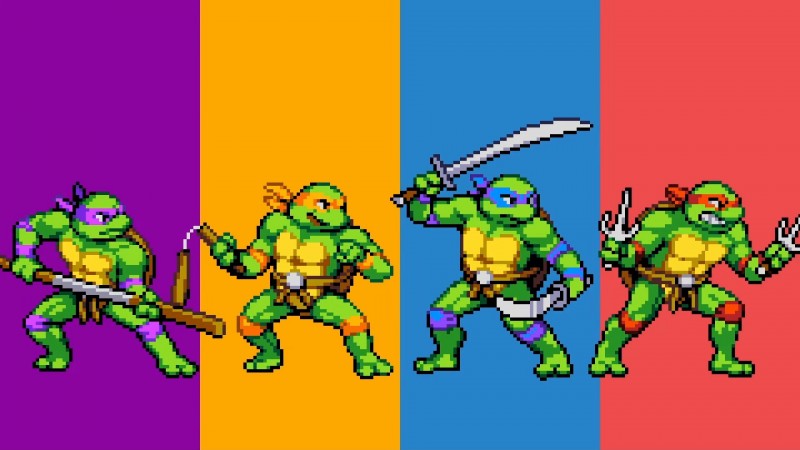 Earlier this year, we got our first look at the throwback title Teenage Mutant Ninja Turtles: Shredder’s Revenge that brings fans back into simpler times filled with delicious pizza, a chorus of “Cowabunga,” and pixelated glory. While the game looked incredible, we didn’t have any platform information at that time. Luckily, Nintendo changed that when it confirmed that Teenage Mutant Ninja Turtles: Shredder’s Revenge is coming to Switch later this year.

During Nintendo’s latest Indie World Showcase, the team gave us a new look at Teenage Mutant Ninja Turtles: Shredder’s Revenge with a brand new trailer, showing off the bodacious blast from the past on the hybrid platform:

Sure, the Tribute Games team could have gone a more modernized route, but the beauty of Shredder’s Revenge is that it takes us back to the glory days of the arcade. “We wanted to bring back a game for the fans of the ‘87 animated series and also the old arcade games of the ‘90s,” said Tribute Games co-founder Jean-Francois Major to Game Informer when the game was first announced. “Because we felt that people missed it. And including us, because, personally, I played those games a lot as a kid and I missed them a lot. So that was the idea that started it.”

Teenage Mutant Ninja Turtles: Shredder’s Revenge reunites Raphael, Donatello, Michelangelo, and Leonardo once more in a nostalgia-filled new adventure in perfect 1987 style. The side-scrolling beat-em-up game pulls from a long legacy of adventures for one of the most passionate fandoms out there. Choose your fighter, play with friends, and kick butt with 4-player co-op and a totally radical new story mode.

As a long-time fan of TMNT, I’m stoked to see how this game plays out, even more so now that it’s on Nintendo Switch. I have fond memories playing TMNT on my Game Boy Advance, so taking the next adventure on the go with the Switch feels natural and right.

We don’t have a release date at this time, nor do we have what other platforms it will be available on other than PC, but that’s OK. We have pizza until then.

Thoughts on Teenage Mutant Ninja Turtles: Shredder’s Revenge and our latest gameplay look? Shout out those hot takes loud and proud in the comment section below!

2021-04-14
Previous Post: The 5 Best Joy-Con Replacements for Nintendo Switch
Next Post: OlliOlli World Grinds Onto The Scene This Winter